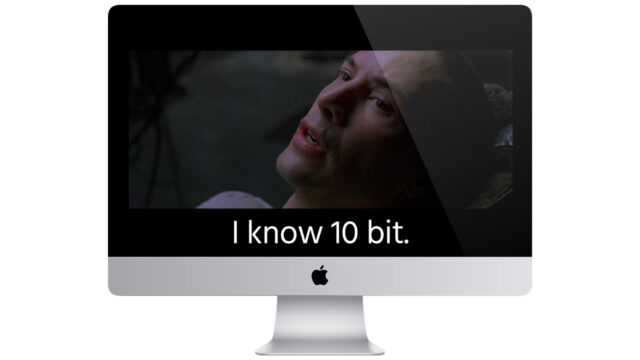 Among the many new features in OS X El Capitan, it seems Apple has silently integrated another one: 10 bit color for the 4K & 5K iMac. Very interesting news for colorists, photographers, and editors.

German online magazine Mac & I recently published an article that captured our attention. They revealed that OS X El Capitan has for the first time integrated 10-bit drivers for their Apple iMac screens.

Professionals know that 10-bit screen color is the desired color depth for serious color correction. When you work in 8-bit you often see banding artefacts and lose detail on soft gradients which makes editing harder and less accurate.

This is not to be confused with the bit depth of your source files. We all know that working with video DSLRs or other heavily compressed video footage that is limited to 8 bit color depth gives you less options during grading and 10 bit, 12 bit or even 16 bit color photos and videos are better. On the screen side 10 bit is the desired depth to let you view the end result without gradation steps.

The screen bit depth is also related to the internal processing in whichever software and hardware you’re using. Unfortunately most display monitors are limited to 8 bit color and on top OS X has been limited to that bit depth in the past. Which means although you might be editing in 10 bit, and the monitor might even support 10-bit processing, you are only seeing 8 bit. Windows on the other hand has done 10-bit since 2009 (Windows 7).

Apple has changed this within El Capitan. According to Mac & I, Apple has confirmed that the new 5K and 4K iMac (along with the 2014 iMac 5K) support a 10-bit graphics driver which has been enabled with the release of El Capitan. 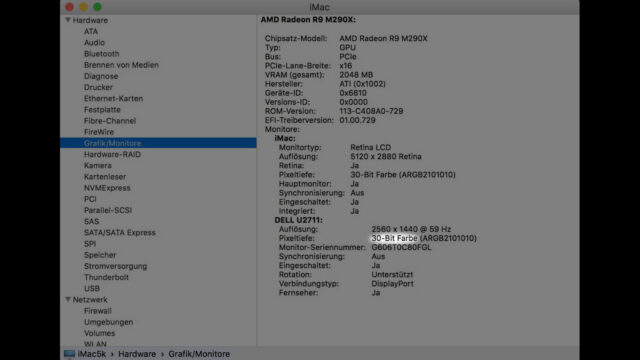 A few things to note:

[UPDATE]: A cinema5D reader reported that he got 10 bit on a Mac Pro with D500 graphics and an Eizo CS230 monitor.

Also, currently it only works within the Preview and Photos applications. If you want to test it out, you could take a 12-bit RAW photo with soft color gradations and take a look. But it’s also important to note that, for now, no other apps, such as Adobe or other editing software, take advantage of this processing, yet. This is just a preview of what’s to come.

For those who have been waiting for this feature for a long time, it’s important news. And something to keep an eye on to see how long it will be until other software companies start utilizing the feature.