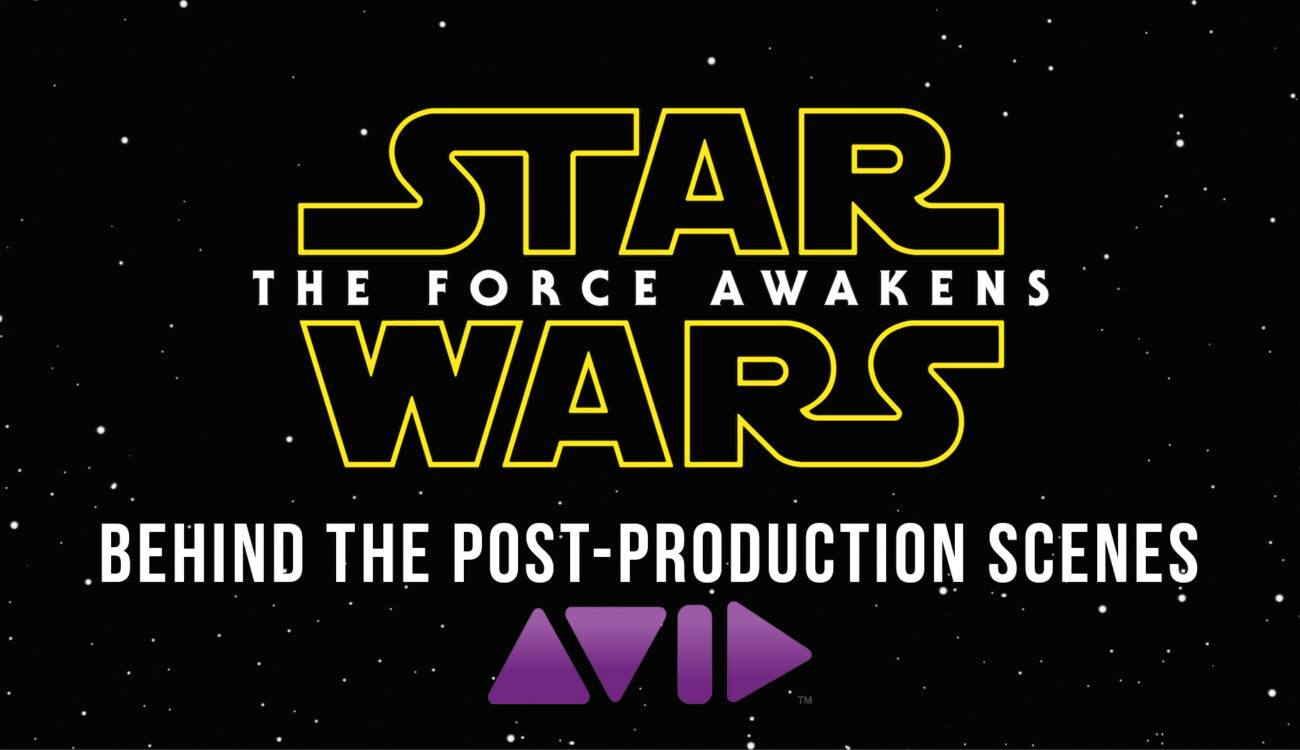 Star Wars has become a household name. We grew up with it, some have changed their religion to Jedi and now more than 30 years after the first Star Wars movie came out, Director J.J. Abrams gave us a piece of childhood back. The franchise phenomenon was rebooted with spectacular visual effects and excellent editing. Here are some of the spots where you can get a behind the scenes look at the Post-Production of Star Wars: The Force Awakens.

Post-Production of Star Wars: A Webinar

Avid have brought out a free webinar on how Bad Robot went about their Post-Production workflow for Star Wars: The Force Awakens. Registration is for free and you can watch the webinar here [EDIT: We had to remove the embedded video following a request from AVID – please head over to their site to see the the full discussion!] 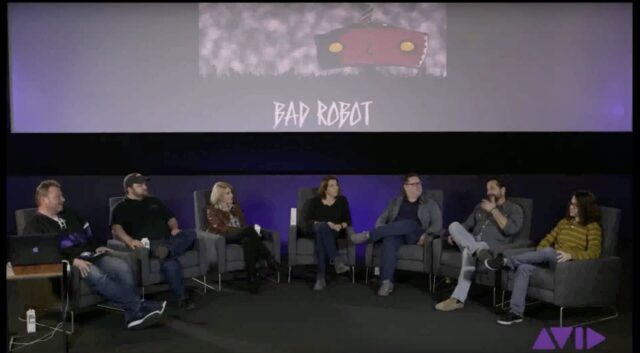 The greatest thing about the new Star Wars was the use of practical effects. In an interview with Thompson on Hollywood at San Diego Comic-Con, production designer Darren Gilford discussed how they used old school special effects at every opportunity, trying to replicate the way George Lucas did things on the first film back in 1977. He said:

J.J.’s mandate from day one was authenticity and being as true to the original trilogy as possible. And he felt the prequels were flawed by the fact that they had every [CG] tool known to mankind and used everything at their disposal. I use the metaphor of disco when the synthesizer came about and everyone was using it in any way possible. And I think J.J. wanted to reconnect with how the original films were made. 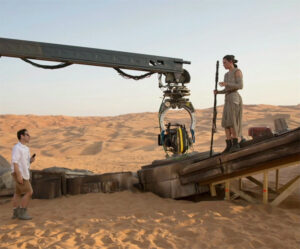 They shot as many visual effects in-camera as they possibly could. This meant building extensive sets, big models, and using matte paintings instead of relying on the green screen technology that was so prevalent in the prequels. They also used flat forced perspective paintings to do things like make a hallway or corridor appear longer than they actually are.

But not only visual effects were done in a more practical way, the editing process by editing stars Mary Jo Markey, ACE and Maryann Brandon, ACE went through some vigorous stages. The post setup in the Santa Monica office of J.J.’s Bad Robot Production is organized around the four Avid Media Composer suites for Maryann and Mary Jo and their assistant editors, Julian Smirke and Matt Evans, all connected to an Avid ISIS network, which began at 64TB and grew considerably as post proceeded. You can read an exclusive interview with the two editors on Creative Cow [Link].