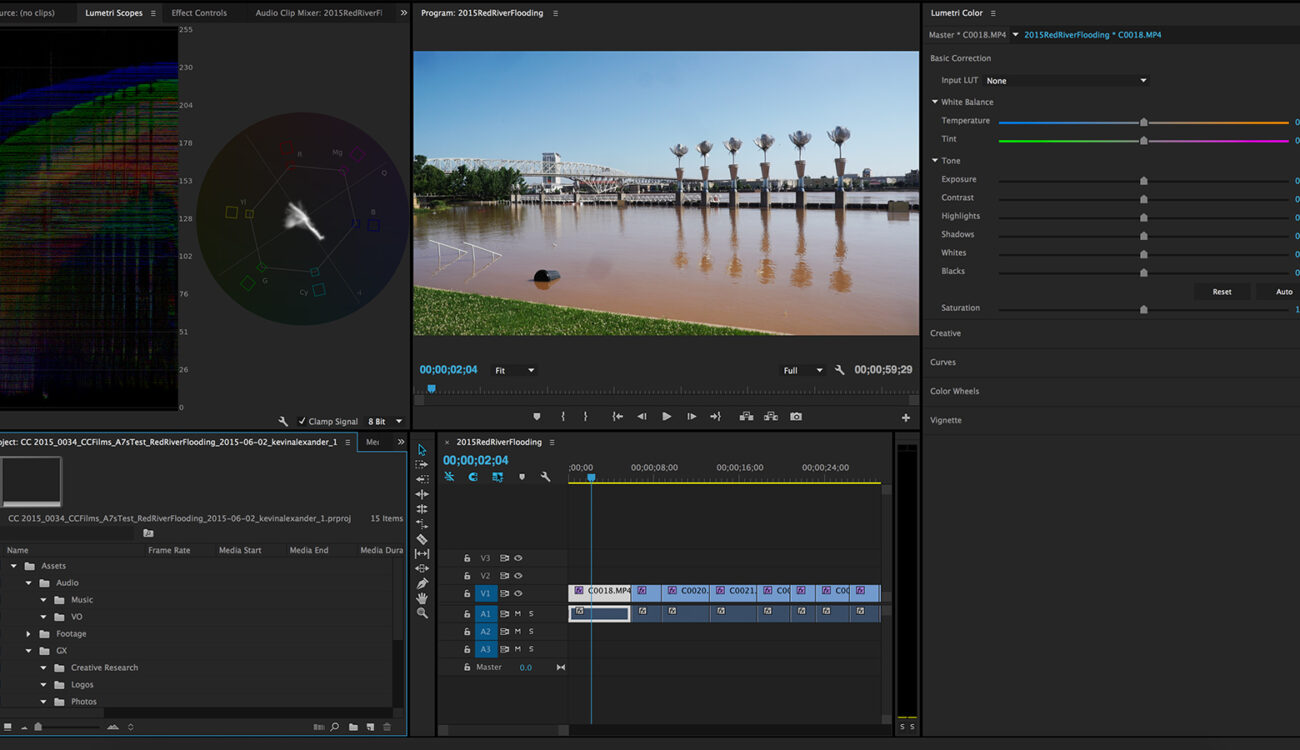 A note, by default the update deletes your 2014 copy, and in doing so you’ll lost all plugins and personal settings! You can counter this by clicking on update, choose advanced options, deselect delete old versions. A few months ago Adobe announced the next version of Creative Cloud, and it instantly generated a lot buzz. Well, that update is here. Creative Cloud users can now download CC 2015 apps and test out the new powerful tools.

So, what’s new? Perhaps the most anticipated new feature is the Lumetri Color Panel in Premiere Pro CC. This new panel allows you to make basic and advanced color corrections directly within the panel. You don’t have to individually apply effects, but rather simply select a desired clip and adjust its properties in the Lumetri panel. The controls will seem familiar to Lightroom users, allowing for both basic corrections like white balance, exposure, etc., as well as applying curves, Lumetri looks, and other advanced corrections. Another great feature isn’t new, but rather an improvement on a long-present tool in Premiere. The waveform monitor, vectorscope, and other scopes within Premiere Pro are much more responsive. In the past scopes within Premiere Pro were rather sluggish, so it’s nice to see these new scopes with realtime updates.

Another new feature will be of particular interest to documentary filmmakers or news editors. The Morph Cut tool allows you to seamlessly transition between jump cuts without cutting away to b-roll. It’s found in the transitions folder, and once applied Premiere Pro analyzes the footage in the background allowing you to continue editing. It should be interesting to see how well this effect works.

Premiere Pro isn’t the only video app to receive updates, however. After Effects has a new Uninterrupted Preview feature which allows you to change properties in a composition without stopping playback. And Media Encoder has a new handy feature as well. Those working in broadcast will appreciate the new Time Tuner tool which allows for quick changes in a video’s duration.

To see more details about the release of Creative Cloud 2015, check out this article on Adobe’s blog.