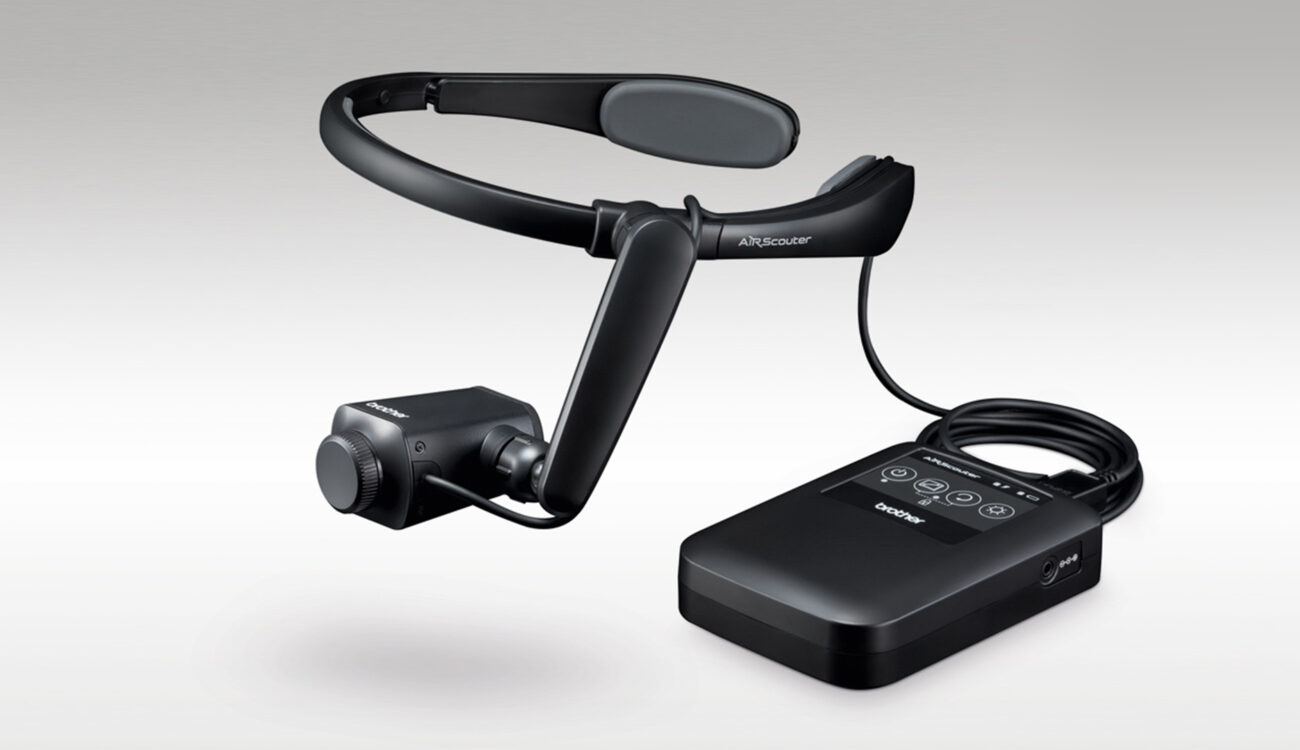 Meet the all-new AiRScouter WD-300 series of head-mounted displays. This futuristic-looking unit might be the key for better and safer drone shots, or even focus-critical gimbal moves. Sound good? Let’s dive in! 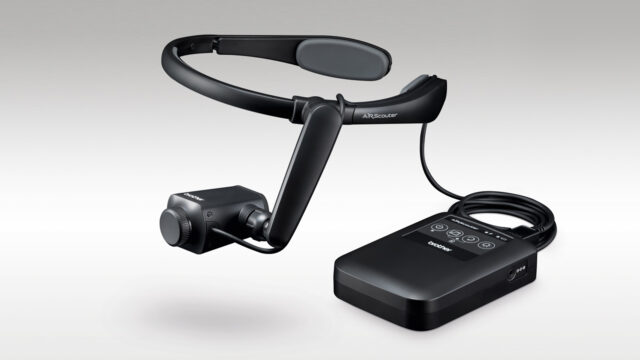 Japanese company Brother Industries is mainly known for manufacturing printers and personal computers, but they also produce a whole range of other electronics – like head-mounted displays, for example. The freshly-developed AirScouter WD-300 series is a successor to the existing WD-200, but it is this new line of AiRScouter displays that may have the potential of stepping up your gimbal and drone game.

The device comes in two pieces: the head-mounted display itself and a controller unit. In contrast to its predecessor, the AiRScouter WD-300 series uses a 1.5x larger 720p LCD display for the viewfinder unit and, since it does away with the mirror, it will act just like a normal viewfinder. The obvious difference is that this viewfinder will always be right in front of your eye, no matter how you turn your head. 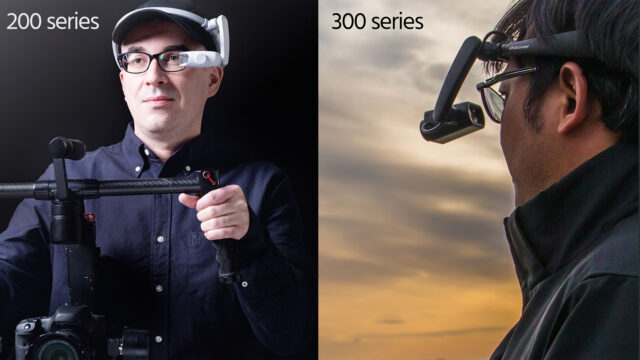 There are three different controller units available, hence the WD-300 series. The smallest is the AiRScouter WD-350B, an HDMI-only unit that requires an external power bank via micro USB. Next is the WD-360B, which sports an internal Li-Ion battery but is still HDMI only. If you want to connect an HD-SDI source you’ll need the WD-370B, which is exactly the same as the 360B but with an SDI connector instead of HDMI. Since SDI is more commonly used in pro video applications, an eyecup for the display unit is provided if you chose the AiRScouter 370B flagship model.

The AirScouter WD-370B in particular seems to be very capable of improving your workflow when handling drones or gimbals. Several benefits include:

Watch the video below to get a better idea of how this device can be used in a filmmaking context.

The Brother AiRScouter WB-300 series complies to the IP54 protection class, which means it is relatively safe from dust and rainy weather. It’s not meant to be used for scuba diving, though.

The internal Li-Ion battery (WD-360B and WD-370B) is good for about 3 hours of operation. You can adjust the brightness of the LCD screen via the control box. Also, there’s a 2x zoom function (center crop) for checking focus, and you can rotate the displayed image if desired.

The actual LCD screen is 720p (1280 x 720 px) with 24-bit colour. Once mounted in front of your eye, Brother claims that looking at the display is just like watching a 19″ screen from a distance of 1m.

Links: Brother.de | PDF brochure (both links are in German)

What do you think of this device? Do you think it is capable of equally improving workflow and safety? Share your thoughts in the comments below!