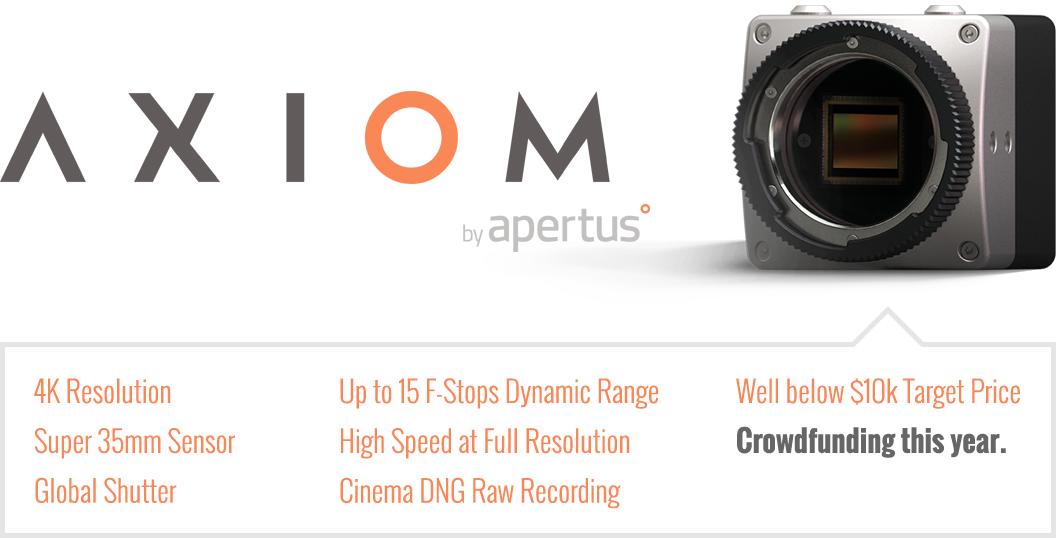 Apertus just announced that they have brought their open-source cinema camera concept to the next stage, planning to release a completely modular concept for their open source camera Axiom.

The concept is very interesting: it reminds of what RED had planned years ago, and what they only realized to a very small degree: a completely modular design that allows you to use only the pieces of camera that you actually need. The basic front end is simply the sensor in a housing with an interface, basically – each other functionality, be it XLR audio recording, RAW processing and recording, battery mounts, etc., can be added optionally based on your needs.

Don’t forget they want to keep this an open source project – which means that every manufacturer will be able to add their own modules without having to pay any licensing fees. It does sound intriguing – however, the guys behind Apertus have to face a different reality today in comparison to when they started the project: The blackmagic cinema camera, as faulty as it is, pioneered the RAW market for video, and it was spurred even more by the Magic Lantern 5D Mark 2/3 hack. So even if it will cost below $10k, it really needs to perform perfectly in order to stand a chance against the competition. However, I think they have a good chance of success if they continue “doing it right”. I would team up with an accessory manager like Atomos and have them design a custom module for the Axiom, even before the financing starts.

Talking about finances, the guys plan to start a Kickstarter about it this year! We will keep you posted …