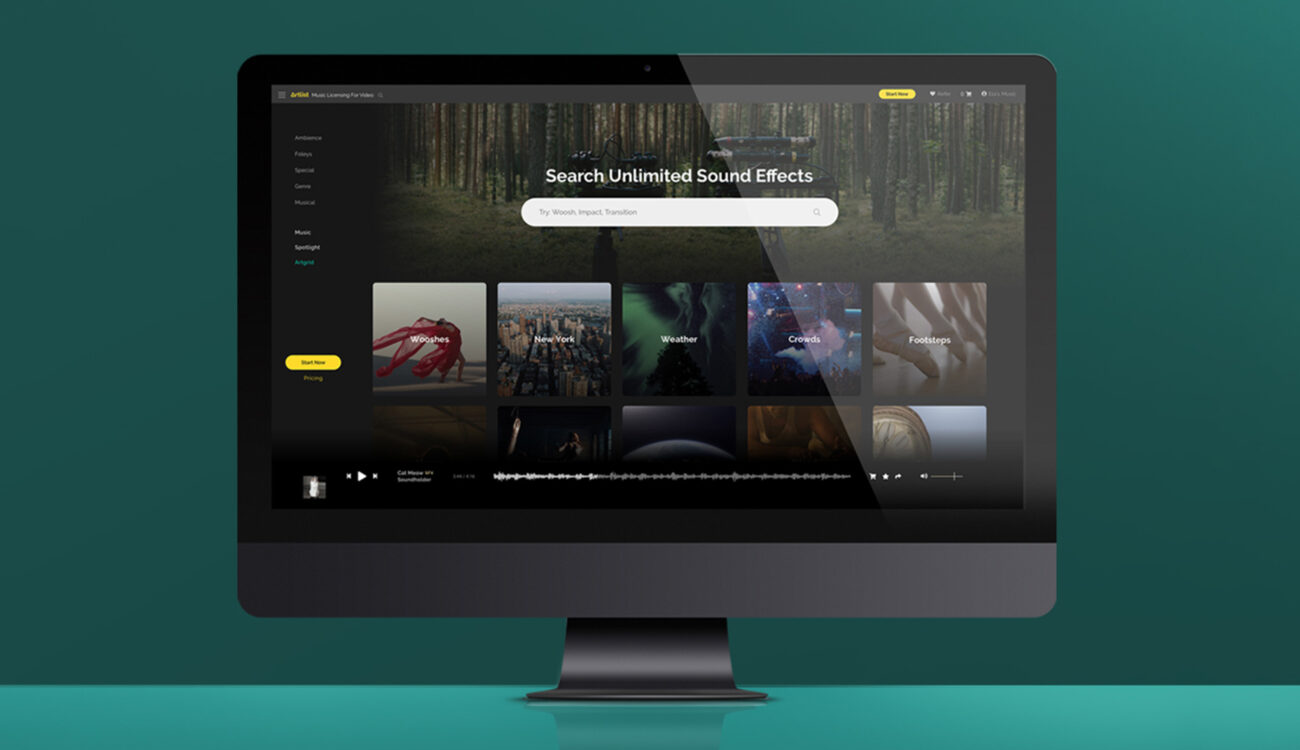 Artlist is best known for its high-quality royalty-free music platform. Last year the company branched out into stock footage with Artgrid. However now it has expanded its portfolio even further with a new high-end sound effects catalog. 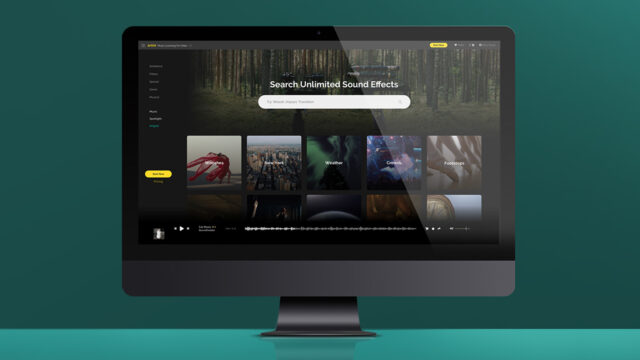 Whilst the big three stock sites, Shutterstock, Adobe Stock, and Pond5 continue to expand their already vast libraries, Artlist has risen up in the background. The company places a focus on uniqueness and quality, as well as placing the artists who create the site’s content front and center. Artlist exudes a feeling of quality work rather than simply sheer volume.

The license terms that the company offers are also very favorable, with one universal license. This allows you to use your downloads in any number of projects, and any type, including commercial use.

The new SFX catalog has been created by top sound designers and studios from around the world, ensuring that the sounds available are of the highest quality. But it’s also the way in which sounds can be searched that has been thought about, too.

We’ve all been there. We’ve needed a sound effect quickly and have ended up spending an age trying to find the right one, endlessly sorting through all the irrelevant ones. Artlist has employed a system whereby you can really drill down in detail the precise type of sound you are after.

It has done this by creating browsable filters. These are divided into five main categories, which each drilling down into several subcategories. Once you click on one of these subcategories a list of relevant sounds is presented along with suggested key tags based upon your search terms.

The catalog is available as a subscription on its own, or as part of a bundle, which will save you $50. The bundles are now priced as follows

If you are on an existing plan it is easy to upgrade to include the new one should you want to.

Do you find stock sites useful? What’s your go-to service? Let us know below!