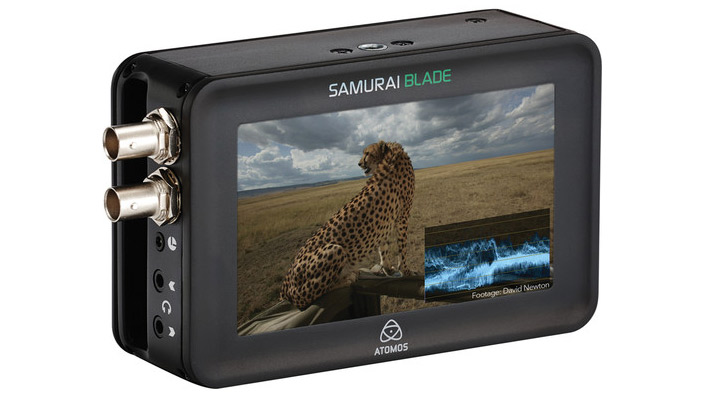 We know the Atomos Samurai Blade as it is one of the most affordable 10-bit SDI harddisk recorders out there. Today Atomos dropped its price by 20%. The Atomos Samurai Blade was only introduced in 2013 as a harddisk recorder that doubles as a field monitor with an upgraded (720p) display.

This price drop comes at no surprise as the introduction of Atomos’ newest products is around the corner:
The highly anticipated Atomos Ninja Star is a pocket sized recorder that captures ProRes 422 HQ onto a CFast card and is so small it can sit on top of your DSLR. Also ideal for Movi kind of setups.

The $295 Ninja Star is available now and the highly anticipated 4K recorder for the Sony A7S the Atomos Shogun is coming in October and will support 120fps recording, 4K, ProRes as well as uncompressed RAW. The Shogun will also be able to record to CFast.

We frequently use the Atomos recorders for our own productions because they are affordable and record to affordable storage media, limiting costs and speeding up the workflow, considering harddisk recording is required for the task at hand.

The Samurai Blade was and was dropped to $995. This one also includes a convenient carry case as seen on the left.