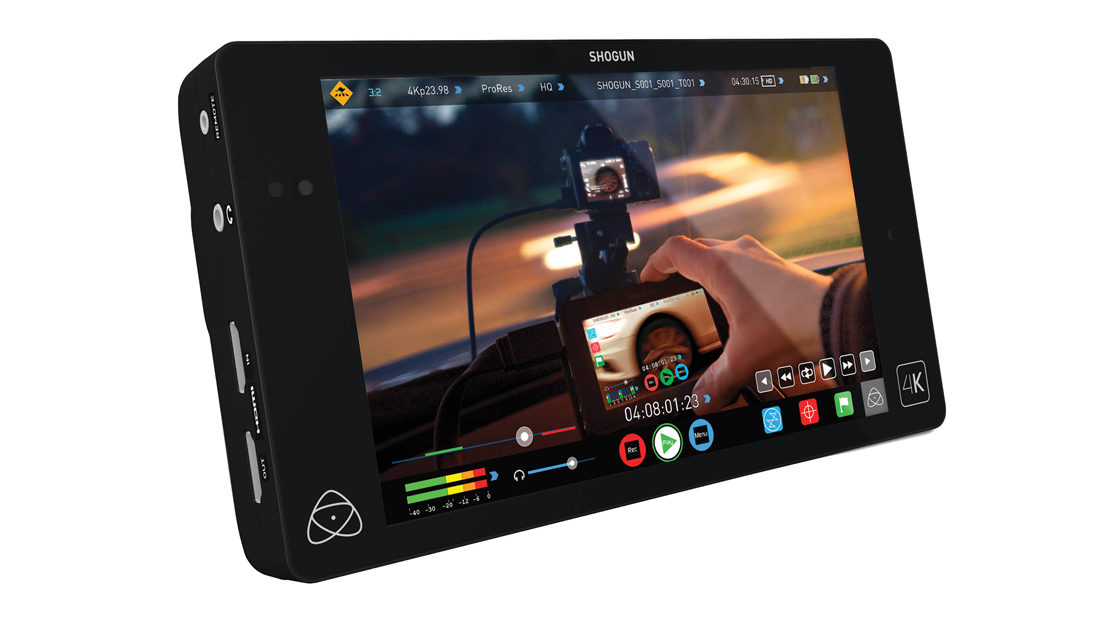 The released comes as an expectation set by Atomos. Since their release of the Shogun they’ve been very transparent with the timeframes and features list of their update schedule.

Avid DNxHD is now supported for both record and playback in both 4K and HD, bringing the Shogun up to date with other Atomos Recorders. The Shogun is the first recorder to be able to record the DNxHR 4K format.

3D LUT support is now added. This was a great feature, one requested immediately by users. You can add up to 8 custom LUTs in .cube format. This feature enables the operator to shoot in their desired profile (C-log, S-log for example) whilst viewing a look that is much more easier to exposure and focus with, and much more familiar to clients.

You can also use this feature to add a pre-grade to your footage to give you an idea of how it would look in post.

The next question is whether or not the scopes adhere to what is being recorded (your camera profile, c-log etc.) or what is being viewed (your LUT).

The former is preferred as you are monitoring exposure and colour values of what is being recorded not viewed. However I would not be surprised if it’s the latter (as this unfortunately seems to be the norm with these things), I will test myself soon to determine.

Downscale 4K input to 1080p (matching frame rate) on the loop out port added. Simply put, when recording on your Shogun in 4K, you can now output in the same framerate to 1080. This is great if you are working with a 1080 workflow (most still are) with directors/assistant monitors displaying fullHD, yet still want to record in 4K.

I spoke to Jeremy Young of Atomos at BVE about the potential of extending this feature to the input of the Shogun also. Receiving a 4K signal and downscaling to 1080 prior to recording will also be a benefit as the recording of a downscaled 4K to 1080 versus native 1080 from a camera like the FS700 is better.

Playback now displays a preview frame of the selected clip in the file browser. This is a feature I’ve wanted as NinjaBlade user and now a Shogun user. A thumbnail for recorded clips in the playback menu means watching back a specific clip is much easier. Countless times I’ve sat with a client and drummed through clip numbers to try and find “that one shot”.

Also added is separate analog gain settings for left and right channels, enlarged audio meters on screen and some bug fixes found below: