We talked to Canon about their new 4 Million ISO camera, which goes by the melodious name of ME20F-SH, here at IBC 2015 in Amsterdam. It’s the first time the camera is being shown in real life.

It has a very compact cubic form factor, which makes it very versatile for all sorts of applications, and it can be fully controlled remotely. It’s only 1080p with a Full Frame 35mm sensor, but at 19 microns, the pixels are very large, which makes them very light sensitive. The camera can shoot at up to 4,560,000 ISO and is definitely targeted at very specialist applications like nighttime wildlife shooting – which also justifies the price point of roughly $30K. It doesn’t have external recording but outputs via SDI and HDMI, 4:2:2 8-bit. Canon also says that it’s only available for a very select range of customers. 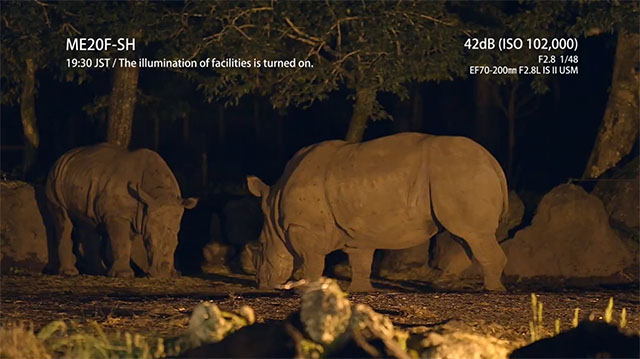 It’s an unfair comparison because it’s targeted at a very different audience, but the Sony A7s (and the newly announced A7sII) cameras are about three stops less light sensitive.

The footage that popped up on the Canon Japan website from the ME20F-SH shows a range of applications. Unfortunately it’s heavily compressed and therefore there is compression interference, but it still it looks clean until around 50,000 ISO as far as we can tell.

However, this camera is something for wildlife filmmakers. From a personal perspective as a wildlife filmmaker, I once filmed Ethiopian hedgehogs in Qatar. Our main focus was to capture the moment the hedgehog gives birth, something that no one has ever been able to do, due to hedgehogs being prone to disturbance and causing infanticide after birth. The project took over 3 months, as we had to build a burrow out of fibre glass, specially designed to fit a camera and placed the burrow underground. We used fibre optical lights that ran into the burrow to light it up enough for the camera to see something. Over 3 months, we increased the light-level from complete darkness to a very little light-level, in order to habituate the hedgehog to its home. If we had the Canon ME20F-SH and its amazing low-light capabilities, we could have cut this time by at least a third if not more, not only saving us the amount of time to monitor the hedgehog’s behaviour, but also cutting production costs significantly. 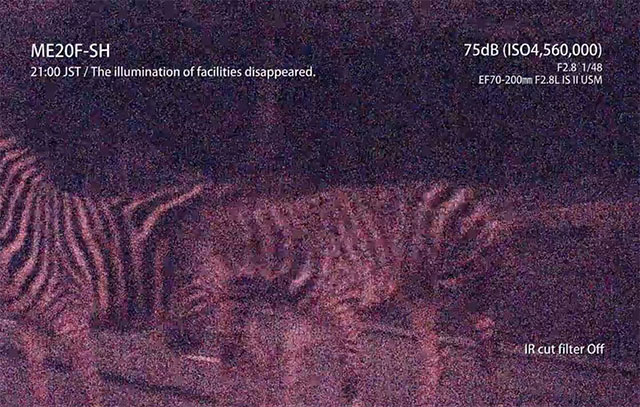