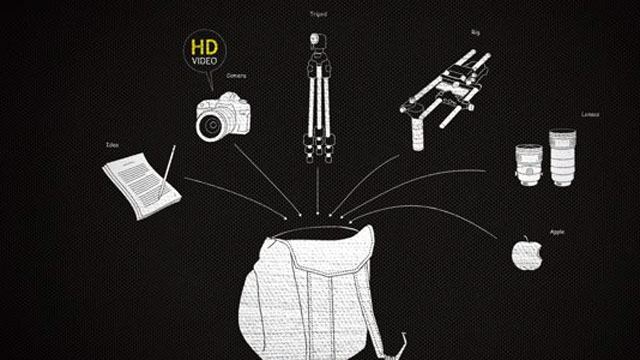 I stumbled across Cinema Out Of  Your Backpack a little while ago and thought it was a cool concept. It’s pretty simple anything you can fit in a backpack can be used to shoot a short three minute scene and then submit to the film festival. In some ways this is the core of HDSLR film making. It has inspired me to shoot something. Anything that gets people out there shooting is A-okay in my book. The submission period is Jan 1-March 31, 2011.

Here is a rip from the site.

“Cinema Out of Your Backpack is a festival celebrating a new revolution in film-making where technology is democratized. DSLR video cameras, the game changers in the film industry, are creating extraordinary new possibilities for every filmmaker: cinema-quality images for a tiny budget. Now it’s the story that matters, not just the visuals. Our challenge to you: Everything you need has to fit in your backpack – your idea, your DSLR and your equipment. Prove it with a picture!

1. Idea -Do you have a story in mind you’d love to turn into a movie for the big screen?

2. Categories- Choose either fiction or documentary.

3. Minutes- Go out and shoot a significant 3-minute sequence of your feature film idea, then submit to us.

A selection of the best movies will be celebrated on the big screen at the Baden-Wuerttemberg Film Academy in Ludwigsburg, Germany, followed by an awards show presenting the festival winners.