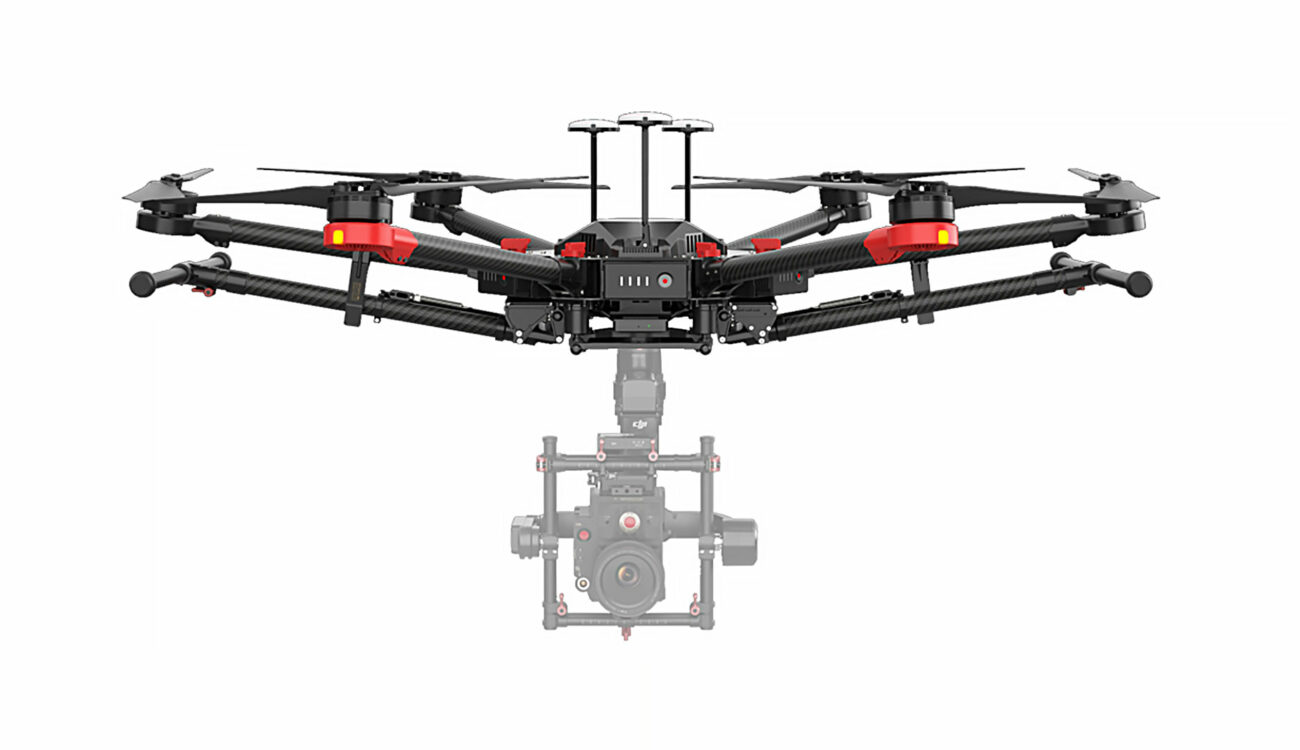 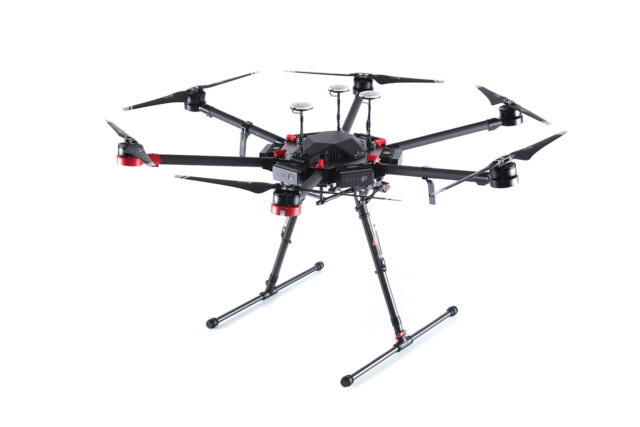 With improvements to its airflow design, the DJI M600 Pro can be set up and ready to fly quicker and easier than ever before. The landing gear and folding frame arms are now fitted with a quick release, the antennas are also now pre-installed, which means you can get the drone out of the case and flying in no time.

To increase flight reliability, there is a new dampening IMU unit, and under the hood the layout of the GNSS flight control modules and sensor technology has been adjusted. The updated GNSS can withstand significant interference and provide pin-point accuracy, improving the drones reliability when filming on location. Integrating with the rest of DJI’s recent updates, transmission in HD via a DJI Lightbridge 2 ground unit is possible for live streaming from the drone with high frame rates and up to 1080/60p format, with very low latency. The outputs can also be configured to 720p/59.94fps and 1080i/50fps for a variety of transmissions.

The flight time and transmission range have also been given a boost, with the DJI M600 Pro now able to fly up to 5km (with no obstructions), with the intelligent battery system monitoring the 6 batteries during flight for any failures for a safe and reliable take off, flight and landing. If any of the batteries power on or off, the rest will follow, which may seem great for the quick setup, but what if one of the batteries fails during flight?

You can check out our in depth look at the DJI M600 drone here, with the DJI M600 Pro available to pre-order in Europe now.