After our hands-on with the Mavic Air in Monaco earlier this year, it was time to put the Mavic Air up against its older brother, the Mavic Pro, and compare the footage. Which footage holds up better? 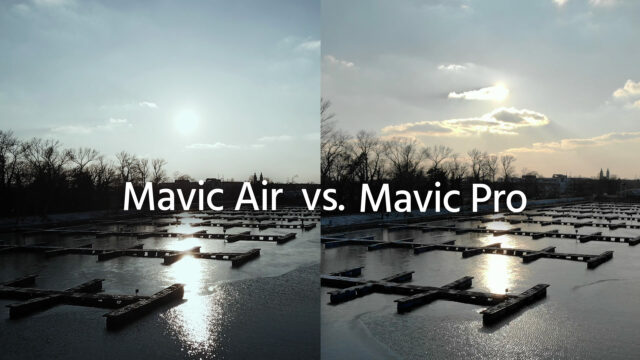 The irony about new technology is often that newer generations are simply better, even in a model that sits in a lower price bracket than a predecessor that is still in the market. And this is exactly what we are seeing with the new Mavic Air, which I took for a hands-on spin at their press event in Monaco earlier this year (watch the video here). The Mavic Air is a classic example for this conundrum that many manufacturers face, unless they want to artificially strip newer technology off of some of the features of older, but “higher end” version of their products (C200, cough-cough!).

The Mavic Pro was DJI’s first foray in really compact drones and I think it’s fair to say that it completely democratized aerial shooting because of its tiny size, which means you can take it practically everywhere. But like all technology, it didn’t come without its downsides, the biggest one being heavy compression in 4K UHD at 60 MBit/s – really not enough for professional standards. Most of us know how limiting 100 MBit/s in 4K UHD can be from – for example – Sony a7 series cameras or the FS5 when it comes to post production. Slashing that already low bitrate (for such a high resolution) in half again means compromise, especially in H.264 compression (H.265 might be a different story!). 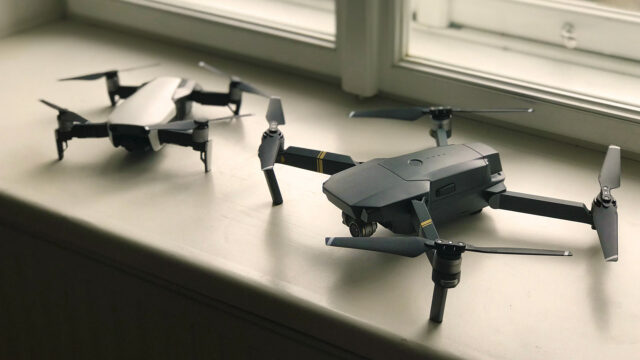 And this is where the Mavic Air comes in – a newer and cheaper product that DOES NOT replace the existing Mavic Pro (hence the name difference) but is actually targeted at a different target audience. An audience that appreciates an even smaller drone that REALLY fits into your pocket and can go anywhere with you. What DJI isn’t communicating that much is the fact that the footage out of the Mavic Air is actually superior to the Mavic Pro – it features 100 MBit/s and you can clearly see the differences  when you look at the detail level comparison between the two cameras. On top of that, the Air clearly features a lot of superior technology – many features like obstacle avoidance, rear-facing sensors, 120fps in 1080p, internal 8GB memory, just to name a few.

Now, there are still things in the Mavic Pro that are better than in the Mavic Air – most notably its range and the wireless image transmission technology they use. OcuSync, the standard used in the Mavic Pro, is clearly superior to the Extended Wifi that is used in the Mavic Air. OcuSync features superior range (up to 5.5 km or 3.4 miles) compared to Extended Wifi (2.4 miles or 3.86 km – all numbers according to the manufacturer). In practice I also noticed some more lag in the transmission with the Mavic Air, and I think in practice the range will be lower for both the Pro and the Air. However, the question is how relevant this is as you’re only allowed to fly in sight in most countries anyway, which limits your flight distance to about 2 kilometers or 1.24 miles. 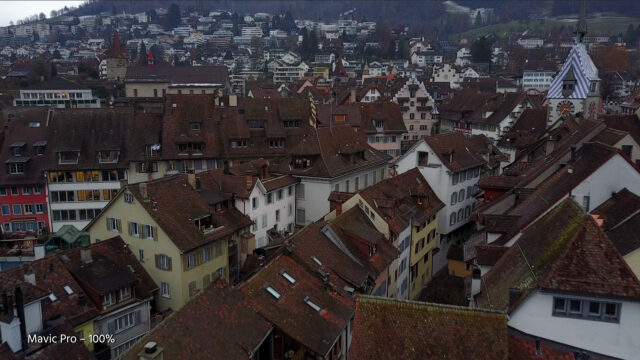 Still from a typical Mavic Pro shot which usually has a lot of moire due to high compression.

As you can see in the video above, I struggled somewhat with some weird noise occurring in 100 ISO shots on the Mavic Air in darker areas. I felt it was quite random and happened in parts of shots that were underexposed. Re-looking at much of the footage that I have shot with the Mavic Pro however over the course of a year, I found the same noise problems at low ISOs in many of those shots as well. I do not have an explanation for that but will reach out to DJI about it. My theory is that in shots that feature a lot of detail might introduce some noise in darker areas of the image if there’s too much going on. BUT I can be wrong about this … it’s just a gut feeling.

What Drone to Buy – Mavic Pro or Mavic Air?

So if you are asking me, which drone to buy, I would definitely recommend betting on the newer technology, which is the Mavic Air. My assumption is that DJI will replace the Mavic Pro with a newer model sometime this year. The Mavic Air will certainly stay in the market a bit longer until it’s replaced.

What is your drone of choice? Do you own one of the two, or are you in the market for a new one? Which one would you choose? Let us know in the comments.