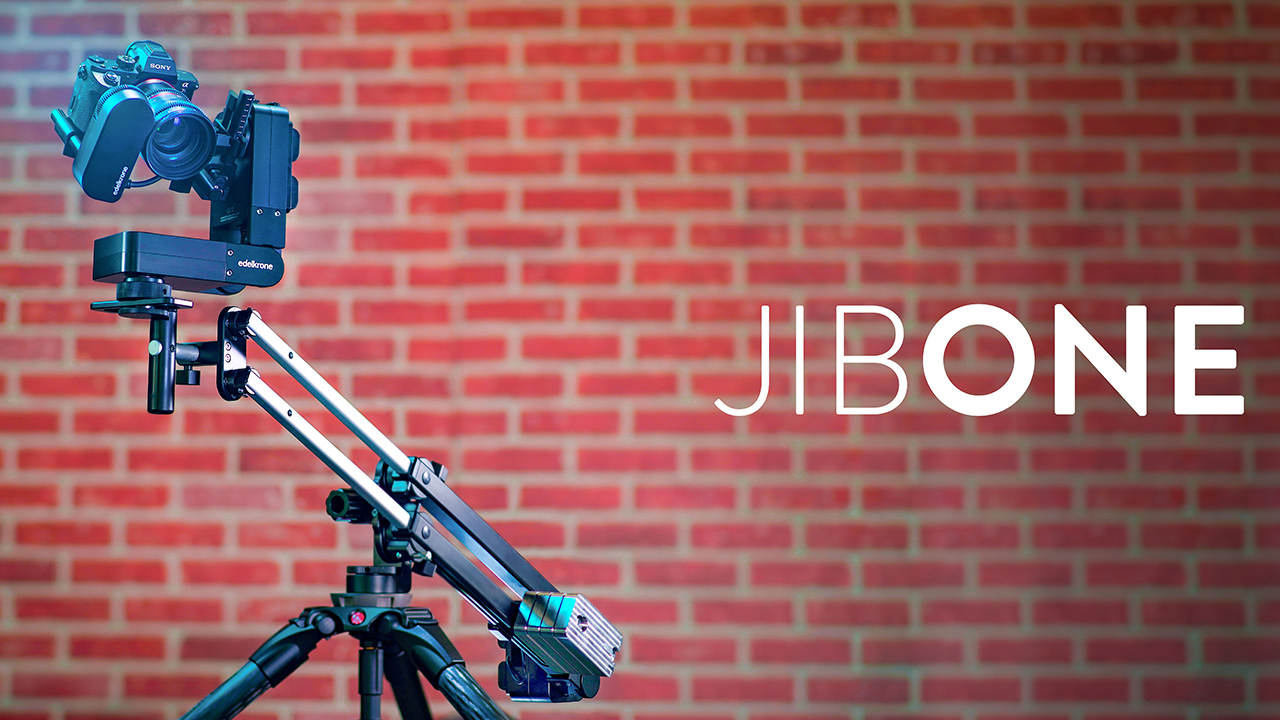 Edelkrone just launched a new promising product: the Edelkrone JibONE. This compact, motorized jib can be controlled with an app, it supports cameras up to 11lb/5kg and has a maximum length of 1.64ft/50cm. Let’s take a closer look!

Edelkrone has just launched a new innovative product, the Edelkrone JibONE. This tiny jib is made from CNC machined aluminum and measures only 61 x 17 x 15cm when collapsed. Indeed, it can fit in Edelkrone’s backpack, which is pretty handy if you want to travel light. 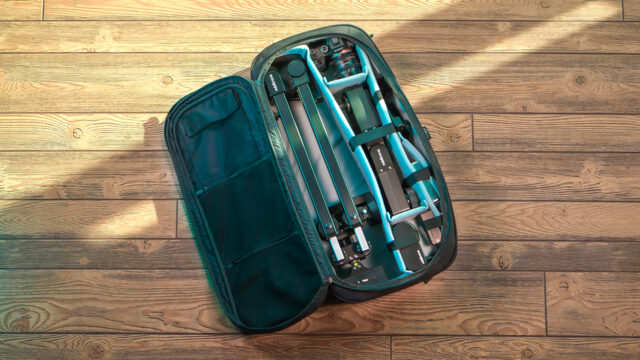 In terms of weight, the Edelkrone JibONE weighs 12lb/5.5kg with one counterweight of 2.2lb/1kg. Like every traditional jib, you need to put counterweights at the back of the jib to balance your camera. It comes with four 1kg counterweights so that you can balance camera setups up to 11lb/5.5kg.

When you fully extend the Edelkrone JibONE, it offers you a maximum travel length of 1.64ft/50cm. It can sound short, but it should be enough for most day-to-day shooting situations. 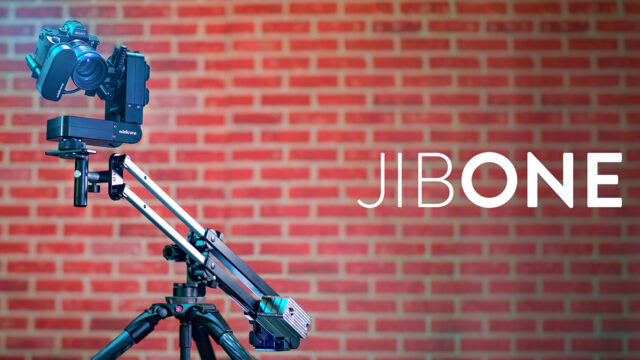 Of course, like any other jib on the market, you can’t use the Edelkrone JibONE without a tripod. At the bottom of the jib, there is a 3/8″-16 mounting port so that you can attach it to any tripod. Also, there is a locking mechanism to lock it when you need to move it or change your shot. 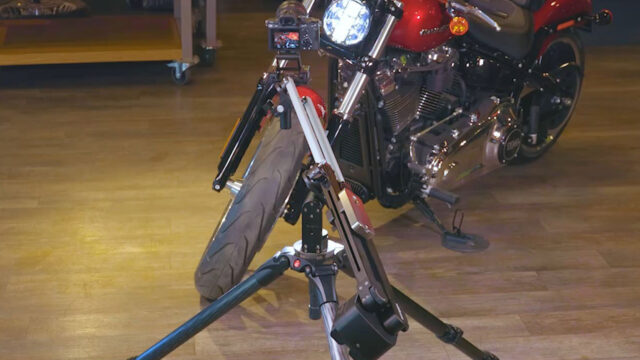 You can tilt the Edelkrone JibONE. Image credit: Edelkrone

When you mount the Edelkrone JibONE on your tripod, you can do vertical movements and horizontal slider-like movements. Also, there is a built-in tilt mechanism that allows you to put the jib at an angle – up to 22.5 degrees – to get a diagonal type of shots. 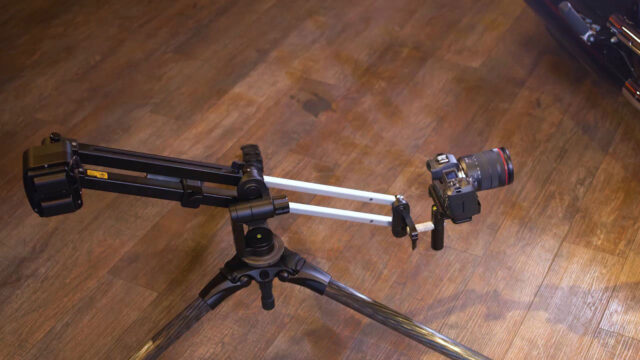 You can power the jib via two Canon LP-E6 type batteries or two NP-F style batteries. The batteries and battery brackets are sold separately. The expected run time with two Canon batteries is two hours, according to Edelkrone. Also, you can plug it to AC power or a beefier V-Mount/Gold Mount battery via the 2.1mm barrel connector. 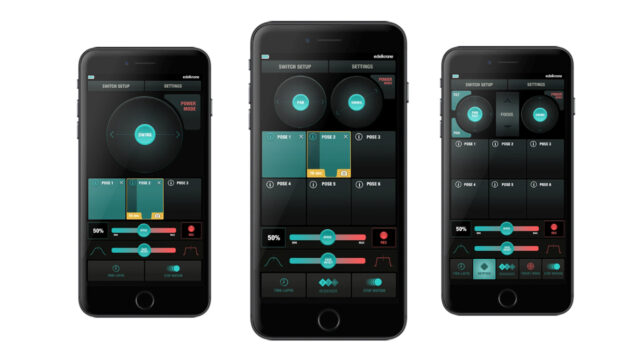 You can control the jib with the Edelkrone app, which is Android and iOS compatible. Once the jib is connected to your smartphone via Bluetooth, you can program and repeat shots as you want. This setup can be handy for VFX shots or interviews. Also, you can connect your camera to the Edelkrone JibONE with a 2.5mm shutter trigger cable to shoot time-lapses. Unlike the Moza Slypod, Edelkrone claims that the JibONE is ultra-silent. 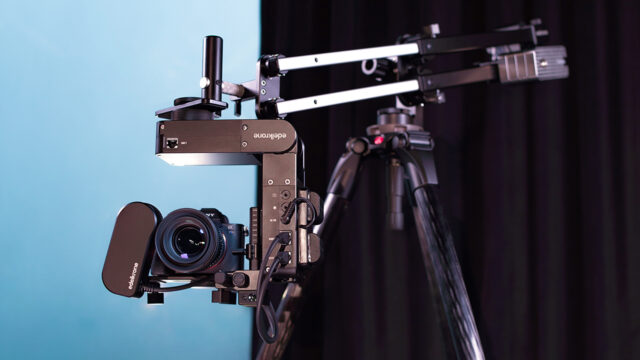 Finally, by adding an Edelkrone HeadONE/HeadPLUS at the end of the jib, you can unleash the full power of this system. Indeed, with a single app, you can control – and repeat – a jib shot while your camera is panning/tilting at the same time. Also, when you combine the JibONE with the HeadPLUS, you get access to the various in-app shooting modes, including target tracking shots, live target switching, and Sequencer Mode. 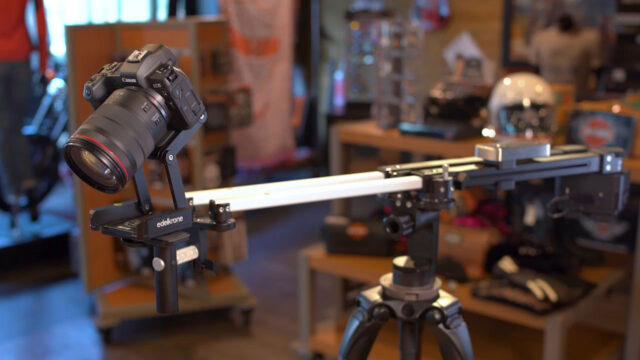 The Edelkrone JibONE is available now for $999.00. You can buy it on Edelkrone’s website; we will add links to our partners B&H and CVP once available, please come back later. The Edelkrone HeadPLUS is already available for $1799.00/1699.00€.

What do you think about the Edelkrone JibONE? Do you believe a motorized jib can be beneficial for your shooting style? Let us know in the comments below!