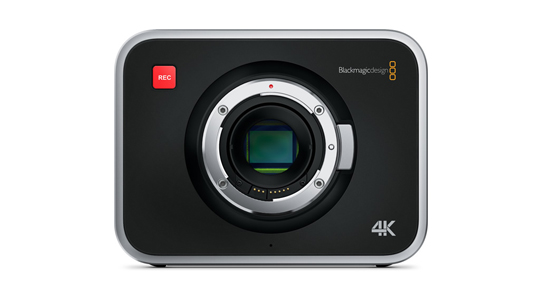 Firmware 1.9 has been released for the Blackmagic Production Camera 4K, improving the sensor calibration and adding histogram, audio levels and time remaining to its features.

It seems every other article I write at present is related to Blackmagic Design, they weren’t kidding when they promised more regular, substantial updates to their cameras firmware.

Some say that the Blackmagic cameras exclude a fair amount of staple features that any camera should include; version 1.9 shortens that list.

A swiping action activates the new heads up translucent display, which features a histogram, audio levels and time remaining on the memory card.

Firmware version 1.9 has also improved sensor calibration, which is said to improve the image quality and potentially solve some issues users were having such as fixed pattern noise. To what extent this has been fixed we will see. Without having a unit back in for testing we don’t know for sure. However trusted shooter James Miller has tried out the new firmware update, and has positive remarks on the image quality.

Blackmagic stated that a uniform numbering system for their firmware meant consistency across all their cameras, so expect a similar update soon for both the Pocket and Cinema cameras.

So, what’s next, formatting of cards? Write your wish lists below!