Freefly has an exciting new announcement. MōVI Pro supersedes the M10 and M15 gimbal stabilizers, and is packed full of features including an integrated rear screen, weather sealed casings, and camera/power/FIZ control via new TSU (Tilt Stage Unit). Check out our exclusive interview with Freefly Tabb for the full low down. 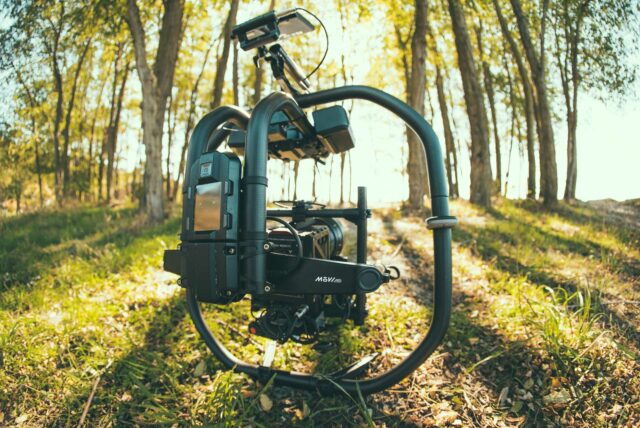 Having been a MōVi operator myself for years, I’ve come to know their systems pretty well. Though I’ve learnt the fantastic long list of positives a gimbal device like this can bring, I’ve also developed my own list of the not-so-good aspects of the MōVi. 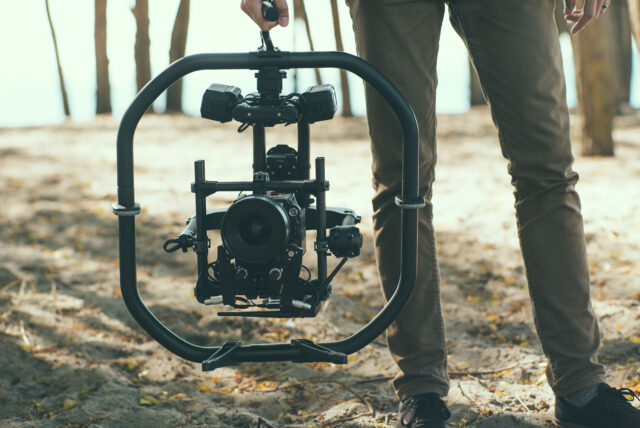 It really looks like Freefly has listened to their customers, taking a look sideways and behind them at what others are offering to tailor a much more bespoke system in the MōVi Pro. Like many previous Freefly announcements, there’s quite a bit to take in, so bear with me! 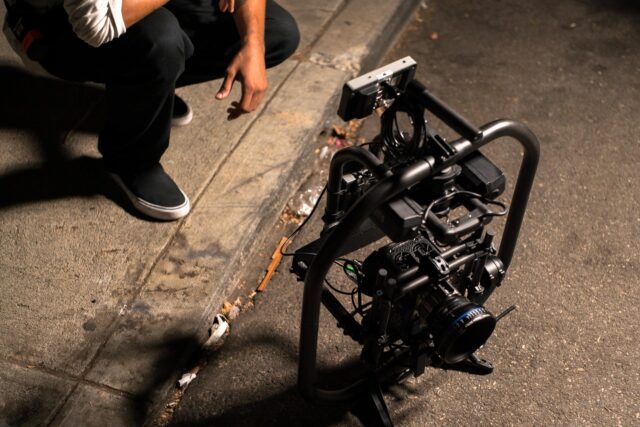 The MōVi Pro is a more refined system than the M10 and M15. No longer does it feel like your expensive gimbal could be made out of carbon-look meccano. The MōVi Pro features weather sealed casings on all it’s components, almost entirely hidden cables to prevent snagging along with overmoulded and strain relieved wiring for durability.

I compare the MōVi Pro to the M10 and M15 without mention of the smaller M5, as Freefly state that the new boy in town will supersede the middle two models. The M5 will currently still be sold, phasing the M10 and M15 out.

Freefly has focused on making the MōVi Pro quicker to operate, setup and maintain throughout the day. They’ve achieved this with a much faster 2-second boot-up time as well as a faster 10-second autotune. Another contributor is possibly one of its most desired features: a built in stand.

The stand is a bi-product of the new ring, which will ship with the Movi Pro. The new ring is now thicker at 30mm in diameter, but also lighter and stronger. The feet stem from the base replacing a conventional stand, such as the one included with previous MōVis. The MōVi Pro utilizes the same Toad In The Hole quick release, so remains compatible with all existing handle bars, rings etc…

The battery system on the MōVi Pro has also been improved, and batteries can now be hot swapped. Cells are properly cased, featuring an LED gauge on the side as well as feeding status information out to the new back screen. 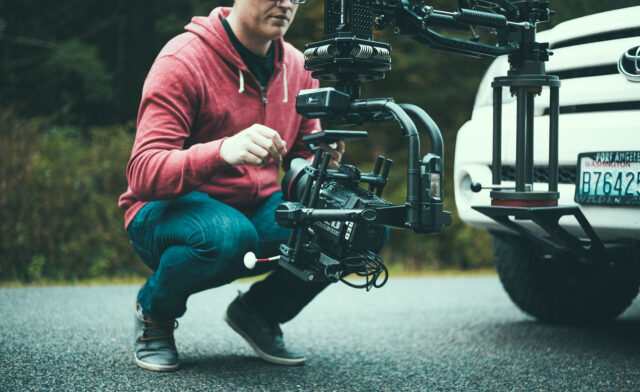 Furthermore to powering is a new TSU (Tilt Stage Unit). This power unit is on the sledge (camera) side of the gimbal, and features an 11-14v 6A D-Tap camera power port, 12v lemo for accessories, USB-C, Timecode in/out and CAN port.

Camera connectivity is also possible. Freefly boast its compatibility with RED cameras via the RED link command protocol, with which you can control a host of controls including ISO, frame rate, shutter and start/stop. All of these features and connections can be powered by the dual battery system, meaning you can hot swap your entire rig to remain active all day.

The MōVi Pro also features a screen on the back for voltage status of batteries, control and monitoring of the gimbal, all of which reduces the need of relying on another device to control your MōVi via app.

If you still like to keep operation and adjustment separate (i.e leaving it to your focus puller), then you’ll love the features of the new MIMIC.

Now a battery powered device with 1000 feet range, you can control all MōVi settings, access to RED camera controls and FIZ (Focus Iris Zoom controls). Not to mention its (almost) unique organic motion control system for orientating the MōVi gimbal.

Pause for a breath. Are we there yet? Not quite. Freefly’s FIZ system will now power and talk with the new TSU, and on top of all these new features they’ve also thrown in a few enhancements.

The pan motor now has double the torque for even faster operation, with the tilt and roll axis also seeing improvement (just not quite as much). There are 2 GPS antennas for improved data logging and ensure a level horizon. Freefly has also improved the resolution of their encoders for better timelapse and motion control functionality. 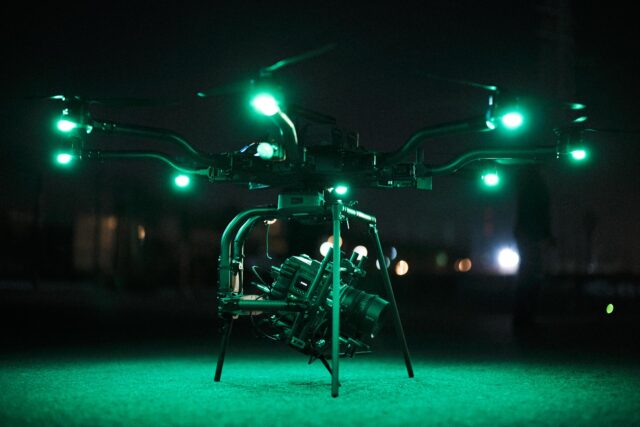 While we’re still waiting for the full specifications (if all the above is not enough), one question does surround the weight. According to Tabb, the MōVi Pro has the potential to be lighter than a rigged up M15 due to its built-in design. I’d put money on the MōVi Pro itself being heavier than a bare M15, but just by how much remains to be seen.

The MōVi Pro will ship in a handheld and aerial package, each priced around $6,500, with availability from mid November.

To whet your appetite in the mean time, here’s some content shot on the new MōVi Pro: a short by skate shooter Ty Evans.