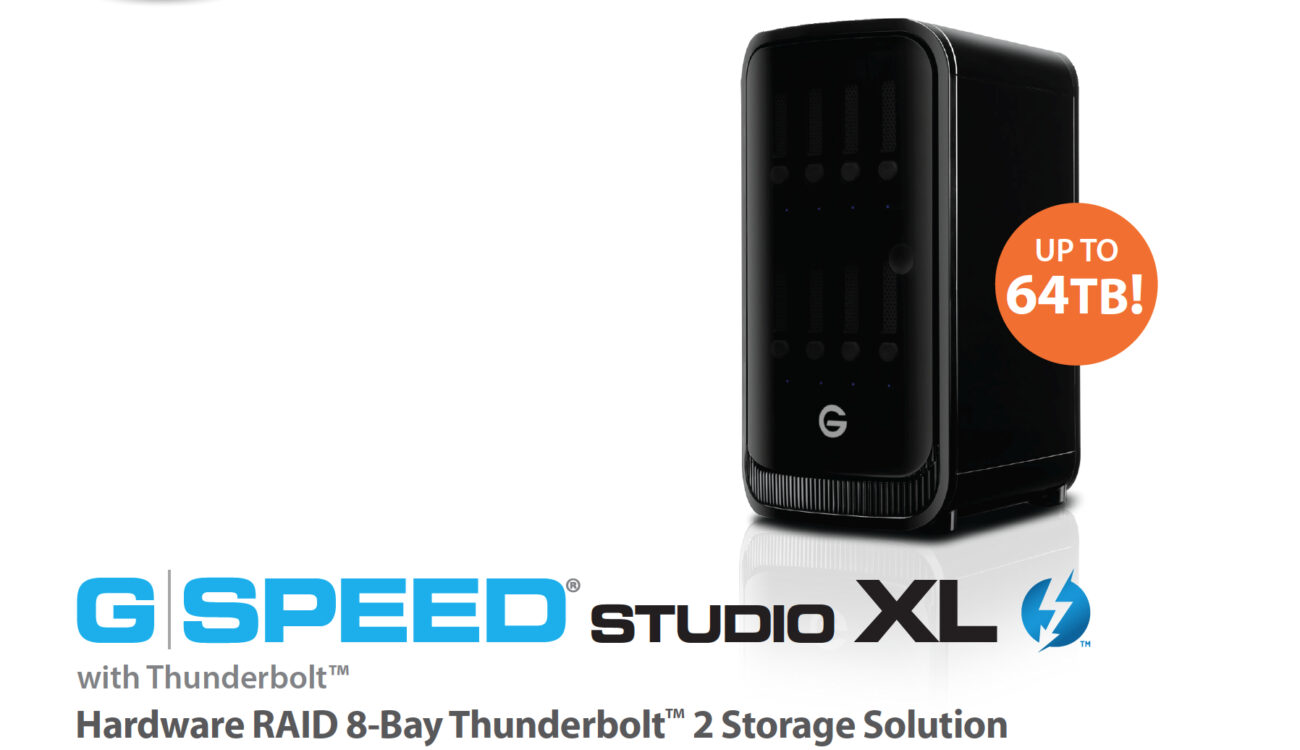 Compared to the previous Studio models announced at NAB 2014, the transfer rate and performance speed in RAID 0 jumped up to 1350 MB/s compared to the 360 MB/s and 700 MB/s speeds of the G-RAID® Studio and G-SPEED Studio respectively.

Designed with the new MacPro in mind, the new addition to the G-Technology Studio family is configurable in RAID 0, 1, 5, 6, 10, 50 and 60 and like the others can be daisy-chained via dual Thunderbolt 2 ports.

Here’s a quick overview of the key features: In an industry where drive space always seems lacking and formats are growing larger (6K and some day beyond…) it’s good to know that G-Technology is working on substantial and affordable solutions.

Here’s the download link for the white paper with details of the G-Speed Studio XL.

Attendees of the International Broadcasting Convention can preview the G-Speed Studio XL today at the G-Technology Booth #7.G15.