GoPro has entered the aerial camera market with announcement of the Karma Drone that will be released next year.

The above video has appeared on the official GoPro website, but sadly nothing more at this stage.

Whilst it’s GoPros first venture outside of straight action cameras, it will come of no surprise to many. Drone operators and enthusiasts alike have been flying GoPros for years; a DJI Phantom and GoPro combo quickly became the go-to package for entry level aerial filmmakers.

DJI has since started the production of their own cameras, which in-turn has taken over what a GoPro package can currently offer; the DJI X5R can record raw video utilizing a micro four thirds sensor.

Because of DJIs latest offering, a GoPro Hero 4 simply bolted to a same branded drone will not suffice as a market leader. 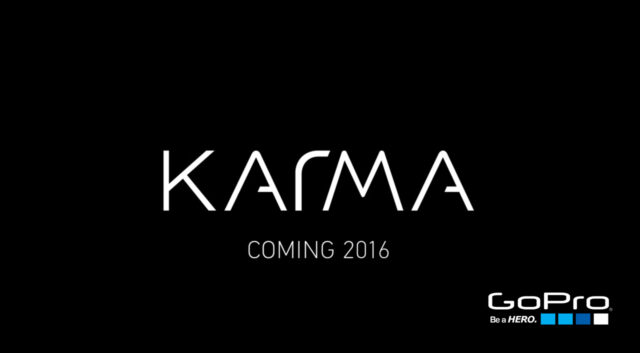 It will be interesting to see where the Karma sits within the industry, my guess is GoPro will target the entry-level market and challenge the Phantom 3 in spec and price, offering a Hero 4 (or 5 if we’re there by that point) on an affordable gimballed drone; this would fit their mass consumer profile.

However I hope I’m wrong and we see a completely new raw enabled camera that challenges the DJI Zenmuse X5R. We shall see….