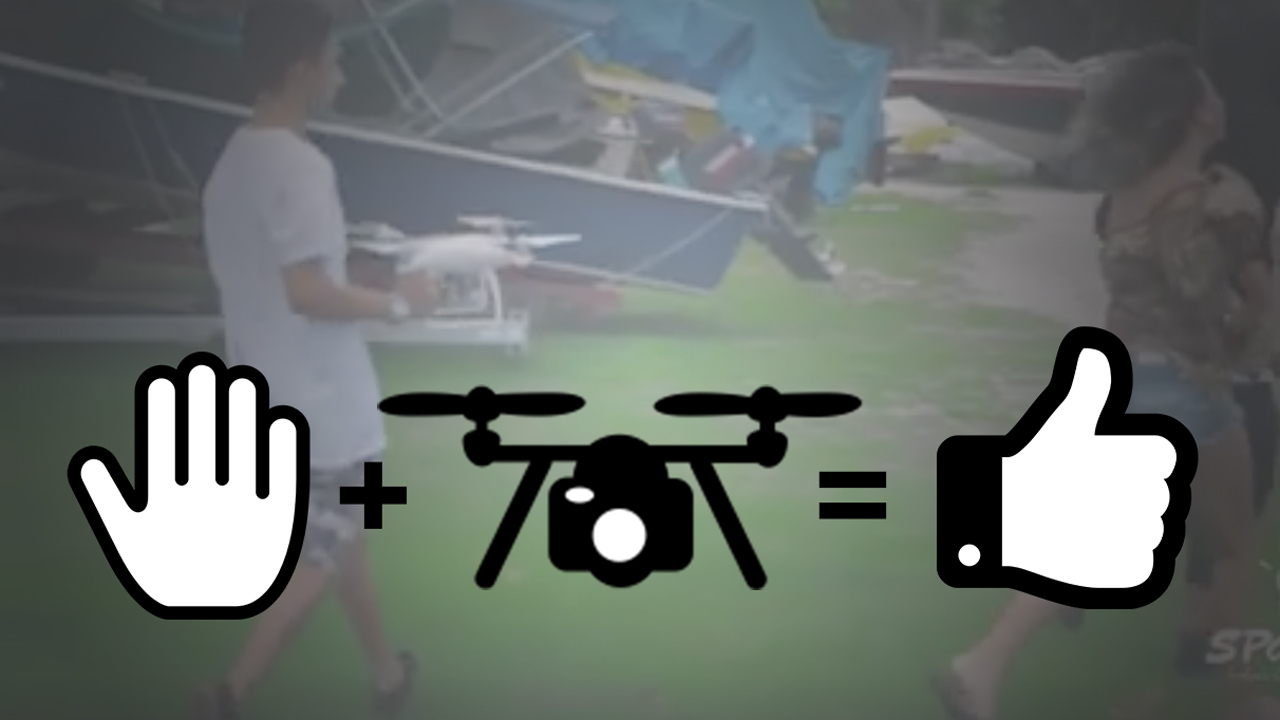 Handlebar gimbals, one-handed gimbals, gimbals for your GoPro, for your smartphone… There are just so many choices out there these days. But if you’re creative and determined, you may not need any of that.

The video above shows camera operator Darli Donizete from Rio de Janeiro-based production company Space Criative using a drone to shoot stabilised footage of a couple running on a beach. You may wonder what’s so special about that. Well, take a look…

As you can see, Darli achieves most of the shot by simply handholding the drone and closely following behind the action. The little Zenmuse gimbal on the DJI Phantom drone does a pretty nice job of stabilising not just the walking, but the running footage as well.

The drone only leaves the ground at the very end of the video for a final aerial shot. Unfortunately, we can’t really appreciate how the handoff looks as the camera cuts to show us Darli rushing off the pier to avoid being in the closing shot!

Sure, a handheld drone may not be an ideal solution, but this video only goes to show that you can get very nice results with limited resources if you’re not afraid to experiment. Sometimes the things you have lying around and a little ingenuity is all you need to fulfil your creative vision.

Have you ever got unexpected extra mileage out of bits of kit you had lying around? Let us know in the comments below!