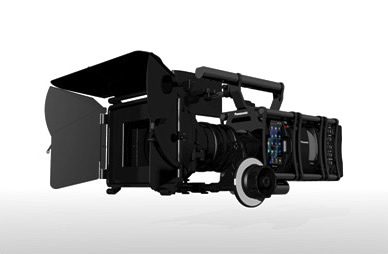 “AMSTERDAM. 13 SEPTEMBER 2013 — In response to the growing worldwide demand for 4K production, Panasonic Professional Camera Solutions is prioritizing the development of the 4K VariCam camera recorder. The VariCam will be a highly practical camera, boasting features and performance suitable not only for 4K cinema, but also HDTV content production. The camera is set for launch in 2014. Panasonic has also unveiled the development of the new Ultra P2 cards at IBC.

With the 4K VariCam, Panasonic is tending to businesses that are increasingly looking for suitable, and above all affordable, equipment to create 4K production environments. By using large-scale integration chip technology (LSI) boasting AVC-Ultra, the new extension of the AVC-Intra codec format used widely in HD recording, Panasonic will speed the development of its 4K VariCam.

By integrating the latest 4K technology, the VariCam will support 4K shooting from 24p to 100/120p. To enable even better 4K video productions, Panasonic will fit the 4K VariCam with a newly developed Super35mm size high sensitivity image sensor with 4K resolution. The sensor will feature wide dynamic range, extended colour space, and support for Log.

Shipment of the 4K VariCam and the new Ultra P2 cards will start in 2014″.