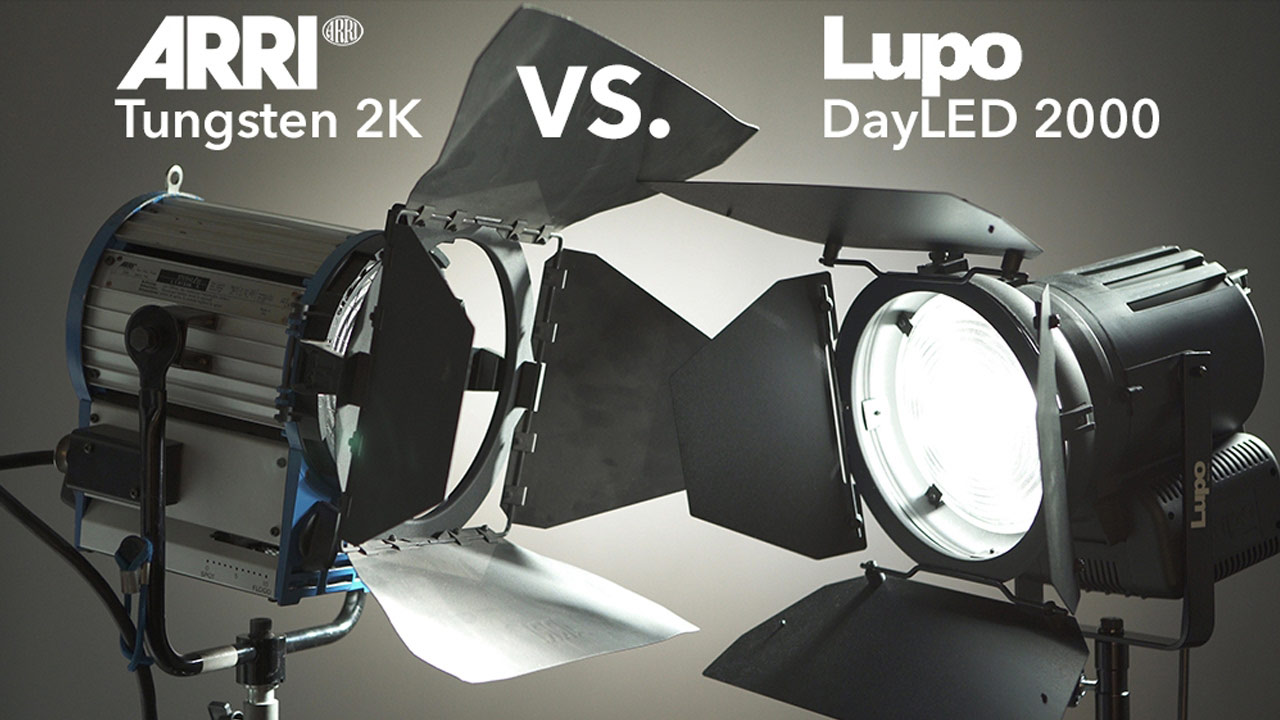 This is a guest review by director of photography and cinema5D reader Scott Leslie who reached out to share his insightful review of the new DayLED 2000 Fresnel LED lights with us. Lupo is an Italian company with a long tradition in photography equipment, new to LED technology. Their lights seem to rightfully attract filmmaker’s attention. Enjoy this review. (Intro by Sebastian Wöber)

I was interested in testing the light output difference between my old standby Arri 2K fresnel and the new Lupo DayLED 2000 Fresnel. Although they are different color balances – the Arri is tungsten balanced and the Lupo is daylight balanced, I wanted to see if the Lupo was really putting out a 2K amount of light. 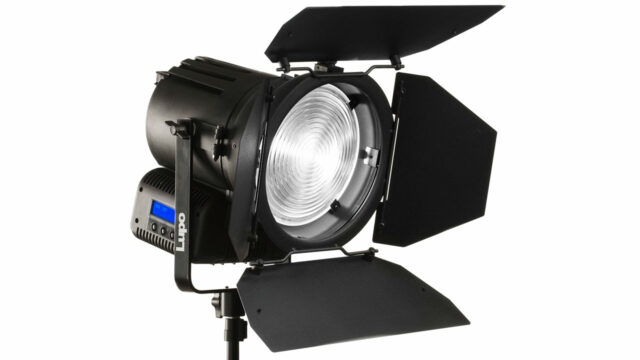 Benefits of the Lupo DayLED 2000 Fresnel

What I discovered is the lights are very close to the same output. The Arri is a little brighter but by less than half a stop. The quality of light was very similar between the two lights. The benefits of LEDs over a tungsten hot light are numerous. First the Lupo DayLED 2000 only got slightly hot. Nowhere near enough to burn you or put out any substantial heat. However the Arri 2K gets cookin’ hot and will burn the crap out of you. It’s also like a heater and will warm up the room and possibly overheat your actors/talent. Secondly, the Arri 2K takes a considerable amount of power. It will plug into a standard edison plug but you need to have it on it’s own 20 amp circuit or you’ll pop a breaker. The Lupo 2k power consumption is very low and it can also run on a 28V battery. Lastly, the Lupo is completely dimmable and like most LEDs, the color does not shift when dimmed. The Arri isn’t dimmable and if you hook it up to a dimmer the color will shift warmer when dimmed. Both lights have almost identical spot and flood coverage. 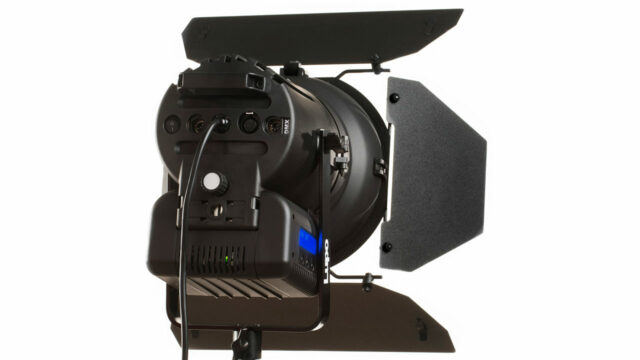 As far as build quality, the Arri is built like a tank and has the weight to back it up. There is a reason why I’m still using this light 20 years later – it’s built to last! The Lupo is a hard plastic that seems to be very durable. On their site they say, “the lamp housing is made from carbon fibre reinforced polymer and is built to last a lifetime”. I’m not sure how they’ll stand up to the 20 year test but they do seem to be pretty solid. The barn doors are metal. The Arri 2k is about 8 lbs heavier than the Lupo DayLED 2000.

A final item of note is that there is no place to put scrims in the Lupo 2K. At first I thought this was a big deal but then I realized that the whole purpose of scrims are to decrease the output of the light which can be much more efficiently done through the dimmer.

Here is a short video I shot and edited for Deconstructive Media featuring my amazing niece Jill Stafford. This was a really fun shoot where we lit with only 3 Lupo LED lights:

Shooting with quality fresnel lights is a joy. You can shape the light and mold the light like you can’t with a soft light or LED panel or Kino Flo. They’re a must have tool in your lighting toolbox. Now that you can get them as an LED with low power, low heat and low cost (compared to an HMI), it is really a game changer.

I am not at all affiliated with Lupolux but I am a fan boy.

The Lupo DayLED 2000 is available at selected retailers only. Lupo recommended the following retailers to cinema5D.

This article first appeared on esproductions.tv