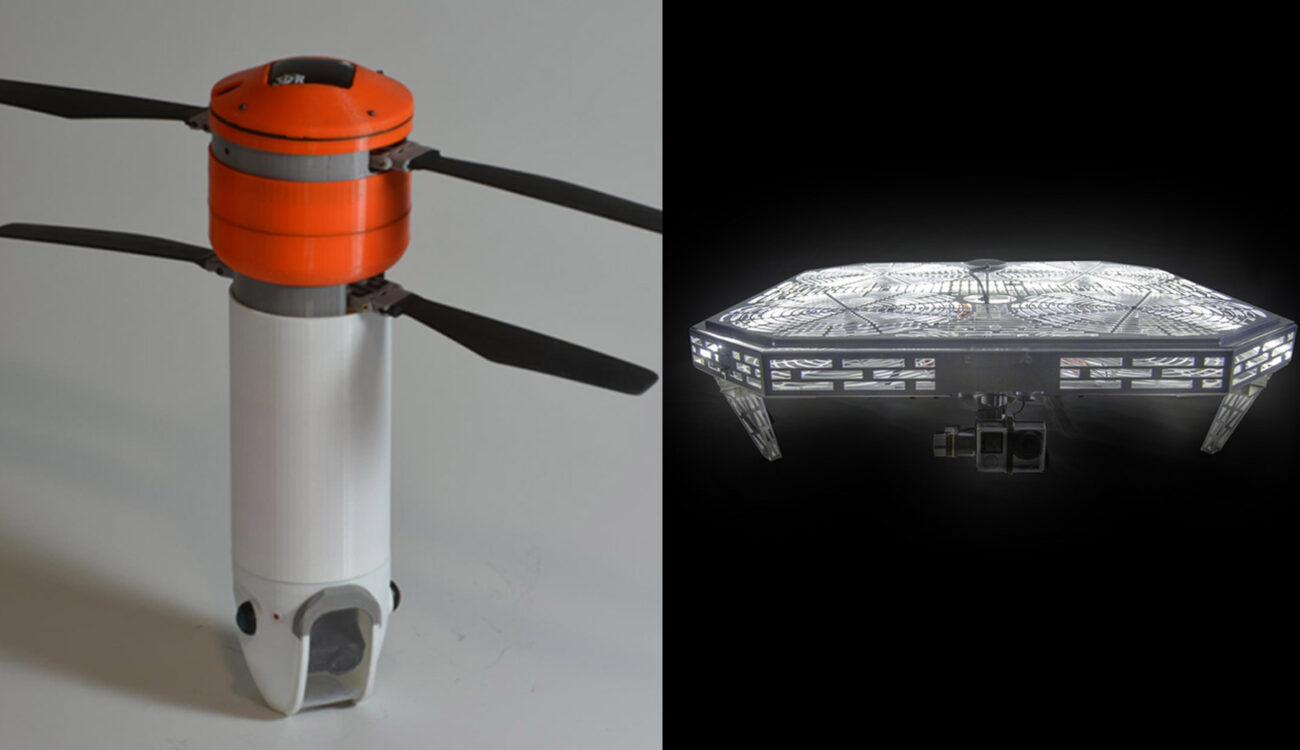 It’s 2015 and it seems like you can’t play with the cool kids anymore if you haven’t built your own camera drone or gimbal and started your own Kickstarter project.

Here we go, in come two new multicopter projects looking for crowd funding. The first of them is the Aexo, which encapsulates the rotors in something that looks like a pizza box, protecting it against crashing within an instant when touching anything like a tree, rock, or … human. The other one is called Sprite and looks like a flying … tube. Or something. It’s a completely different concept which is kind of refreshing, but let’s try and take a closer look at both ideas.

Aexo tries to solve a real problem when flying drones – you actually need to have flying skills before you start, otherwise it can get messy. Rotors are sharp and move fast, so you want to stay away from them. Also, when they touch anything, they will most likely crash and destroy the drone. Aexo seems like it’s doing a good job at protecting itself against things and staying air bound, however their claim that it’s safer to fly close to humans with that thing is a dangerous, if not idiotic statement. I doubt that the Aexo would cause less pain if it crashes into your head. The guys from Aexo offer various versions of the concept, even the bare protector kit itself, in which you can your DJI Phantom (1-3) drone. They also offer models which include the drone, different models for different payloads. Aexo is on track of reaching its modest crowdfunding goal soon on Kickstarter.