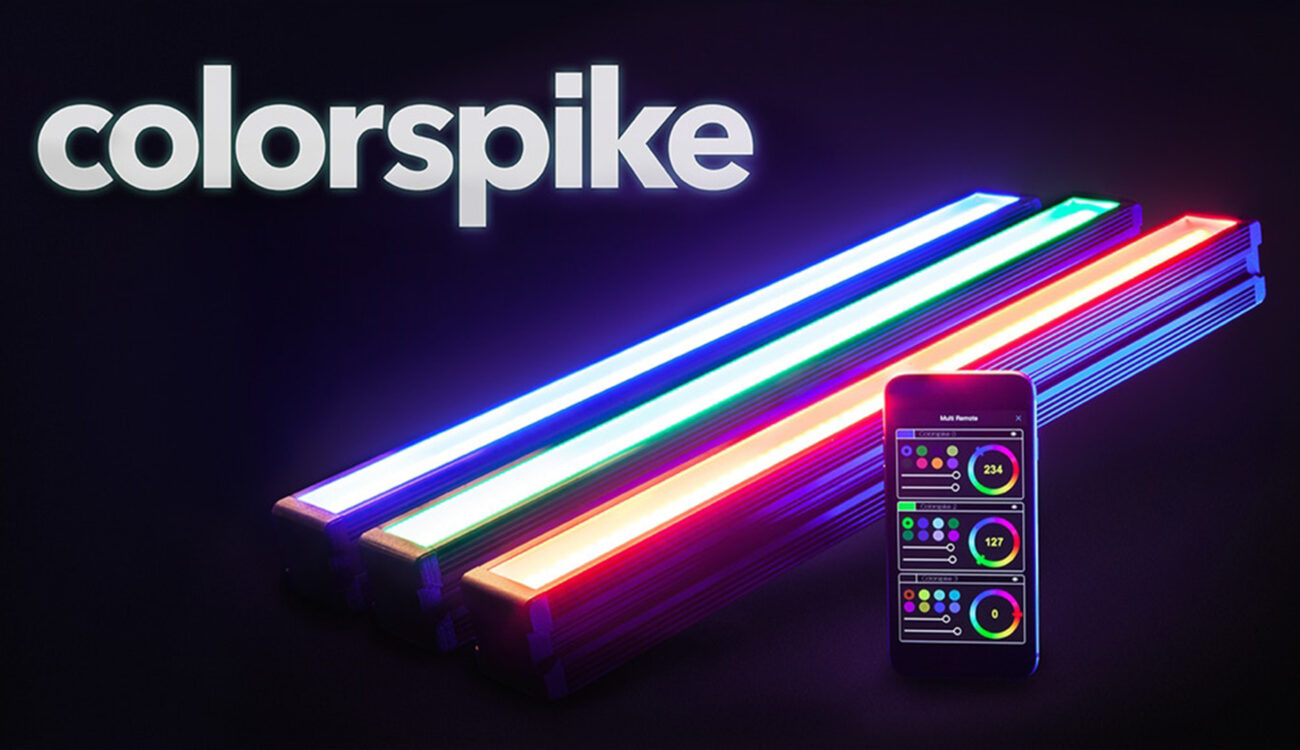 A few years ago, a crowdfunding campaign for the so-called pixelstick went live on Kickstarter. With such a popular and successful campaign under their belt, the two-man-crew behind it just launched another campaign for another pixel-bending lighting device: colorspike. 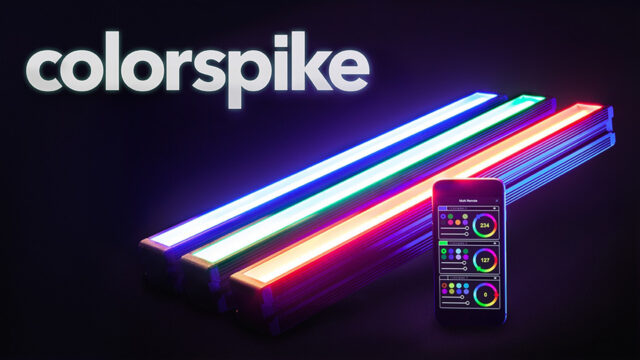 Duncan McCloud Frazier and Steve McGuigan are the guys behind this and, according to their website Bitbangerlabs.com, both of them are coders. Combined with other skills such as photography, gadgetry and design, products like pixelstick or colorspike seem just natural.

Pixelstick was designed for long-exposure still photography and stop-trick effects. Colorspike is for real-time RGB color effects for both still photographers and video shooters alike.

colorspike is a metal enclosure with a strip of built-in RGB LEDs under a diffuser. For convenience, a 7.4V 2900mA Li-Ion battery is built-in. So far, so basic. Up until now this description could fit the original pixelstick, but colorspike has a magic ingredient that elevates it from basic to extraordinary: its software!

The colorspike app allows you to control almost every aspect of the built-in LEDs, in real time. Color, movement, flashes, two colors at the same time, multiple patterns of movement… The list goes on. Watch the Kickstarter video below for the whole story:

When controlling colorspike by using the app which connects via Bluetooth 4.0, you can save your created presets either on the phone or on the device itself. That way you can conveniently recall saved scenes with the onboard controls and without the need of pulling out your phone again. Multiple devices can be mounted together.

When there are almost no limitations in terms of possible effects, we enter the world of creativity. Create an emergency light effect or a scary greenish-swirling light, it’s all there at your fingertips.

When programming an effect in the app, colorspike will respond in real time to your input. That way it’s really simple to dial in the exact effect you’re looking for just by adjusting a few sliders and buttons.

The LEDs intensity is rated at 1675 Lux @ 1m. The unit draws around 18W of power, and the LEDs refresh at over 4000Hz. One thing that would be interesting to know is the color rating and the quality of standard white balance values such as 3200K or 5600K whites.

The device can be powered with the internal battery or via a DC power adapter. Other ways of powering colorspike (such as V-mount batteries, maybe?) seem to be on the agenda:

As far as additional power options go, we have some stuff in the works.

That’s a comment by Bitbanger Labs over on Kickstarter.

Only 3 days into the campaign, and all the early bird tiers are already gone. You’ll have to opt for the standard tiers instead:

The campaign runs until Nov, 17th. Who knows, maybe we’ll see a bunch of stretch goals until then. Delivery is scheduled for March 2018.

Could this device be your next secret weapon when it comes to light effects on set? Share your thoughts in the comments below!