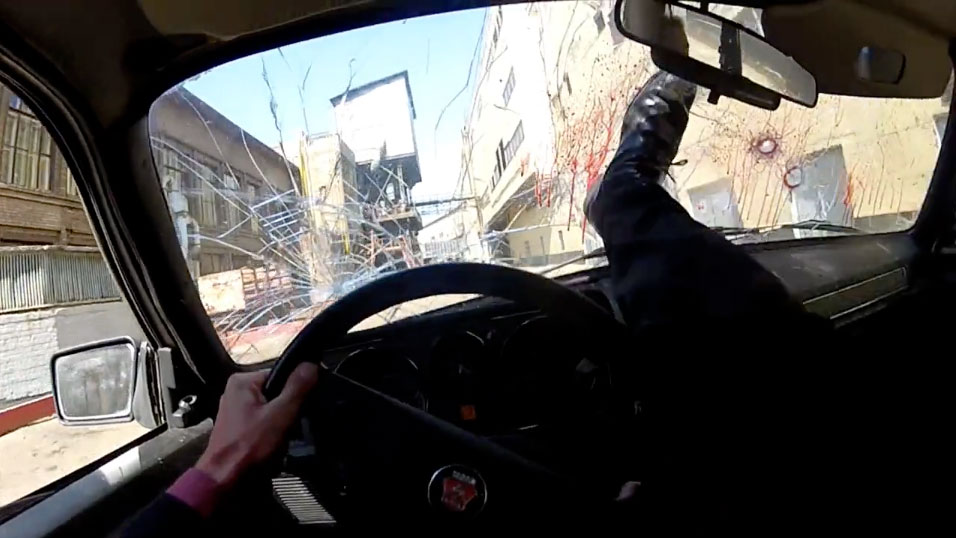 WARNING: This video shows instances of extreme violence and is NSFW. Don’t watch it if you have a weak stomach.

The interwebs are currently buzzing with a new music video for the Russian band “Biting Elbows”, which looks like a first-person video game shooter shot on video with a GoPro. The effects are absolutely incredible and surprisingly, even the “story” draws you right in. I didn’t even realize it’s a music video until after I watched it – it’s an amazingly made short film which gives you a sense of mesmerizing immediacy.

The GoPro footage implies a sense of reality that makes the images shown all the more unbelievable – watch out, this is extremely violent (as these video games tend to be most of the time).

We here at cinema5D do not promote violence of any kind and distance ourselves from the content, which can be appalling for many readers – however, the way this video is made is impressive to say the least, and that’s the only reason why we are posting it.

Considering the amount of violence in an average Tarantino movie, I think it’s save to say that this is comparable – however some people seem to react more appalled than others because the GoPro footage evokes a feeling of realism.