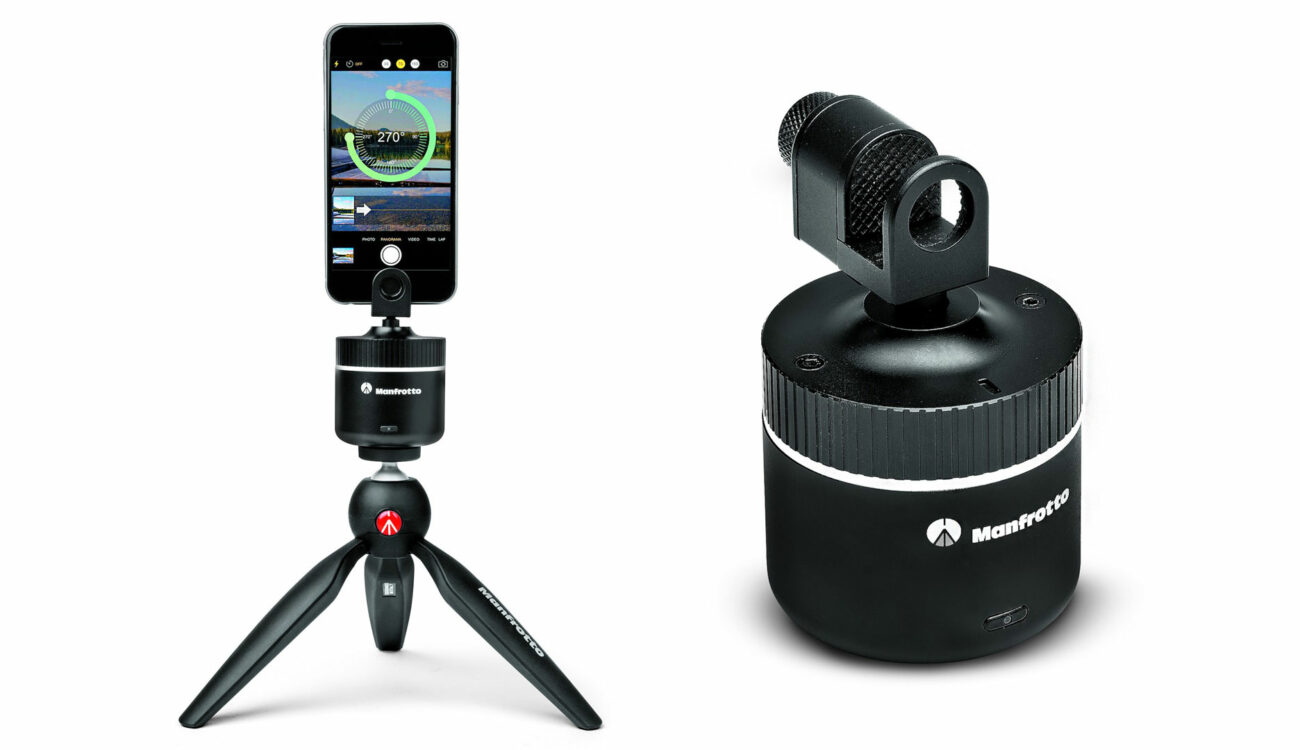 The Manfrotto PIXI Pano360 offers unlimited panoramic rotation at the touch of your fingertips and with a very portable form-factor. 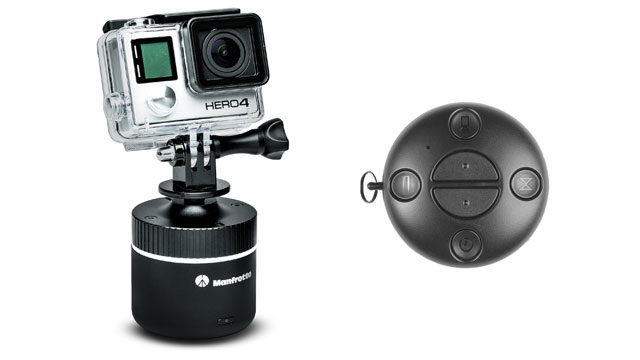 The PIXI Pano360 is Manfrotto’s first foray into remote motion-control accessories for video, with its small size adding to their popular line of micro tripods aimed at travelling, portability and use with smaller prosumer cameras such as GoPros. Surprisingly, though, the PIXI Pano360 offers a payload of up to 2kg, meaning you can use many small DSLRs and mirrorless cameras on it too.

Taking on the familiar ‘egg timer’ design, the PIXI Pano360 can continuously pan 360 degrees, and can be controlled with the dedicated iPhone app via Bluetooth, or with the included remote. Timelapses on iPhones can be captured in-app, however it is unclear if the device has any output to attach to a camera to control the intervelometer, as is the case with higher-end motion-control units from the likes of SYRP or Rhino Gear.

Putting that aside, this extremely portable device is universally attachable to mounts and tripods via the 1/4″ top and bottom screws, and allows you to capture smooth panoramas and timelapses with relative ease and minimal setup.

Do you see the PIXI Pano360 coming with you on your travels or video shoots? Let us know in the comments!