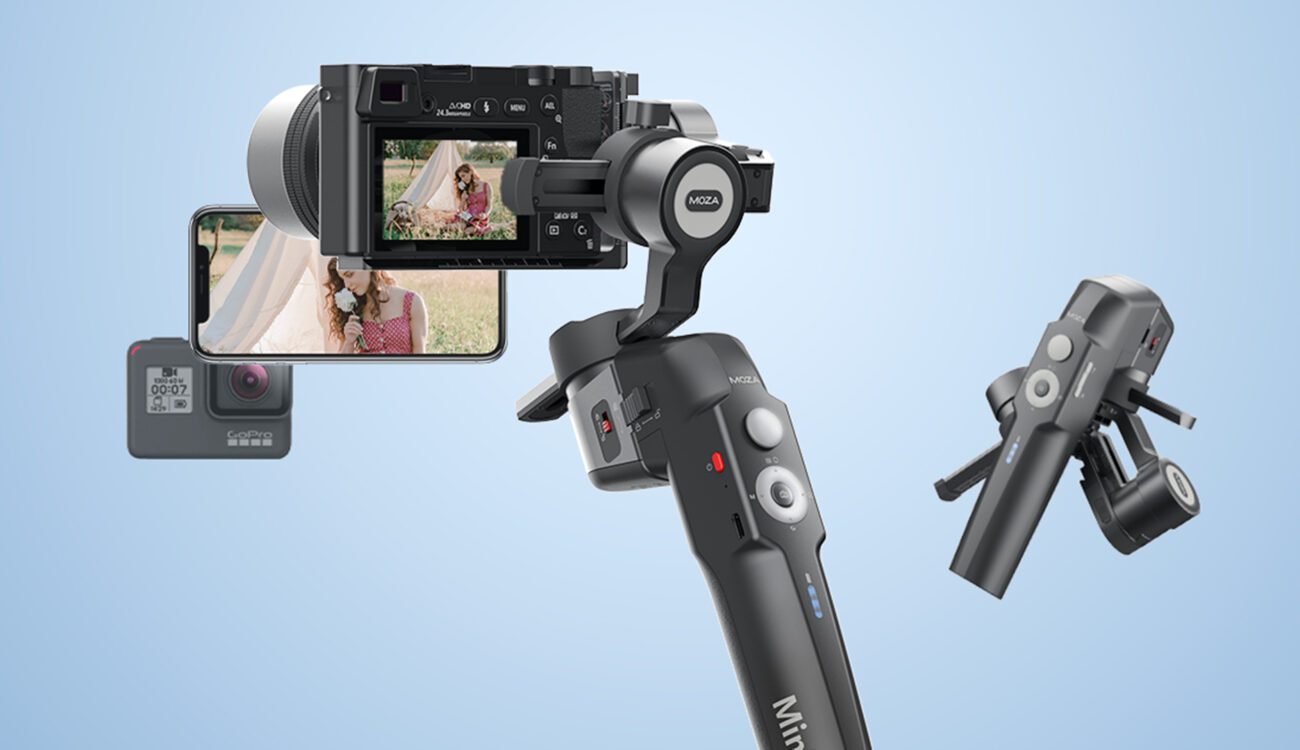 The highly compact new MOZA Mini-P gimbal should hold everything from a tiny action camera through to a Canon EOS RP. 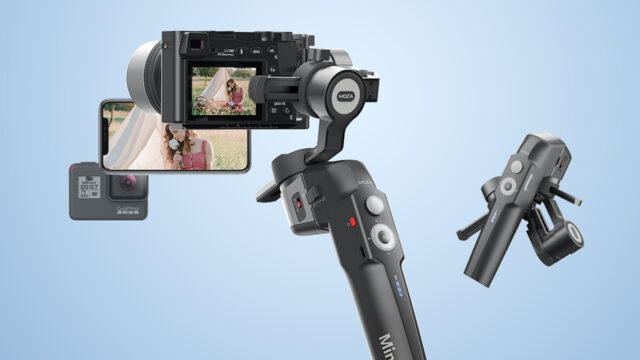 The MOZA Mini-P gimbal has been launched. Image: Gudsen MOZA.

The gimbal market is a highly crowded one, and while designs are improving all the time, there is still a need to stand out from the competition. Yesterday the MOZA Mini-P gimbal was launched, and the company claims it is its most versatile device so far.

The principal stand out feature is that it can be used with small action cameras like the GoPro or the Sony RX0M2, but also with mirrorless cameras such as the Canon EOS RP and Sony a7R III. Of course there are some limitations in that the lens combo you use on the latter must be light enough not to overload the device’s rated maximum payload of 900g. For example a Sony a7R III with a Samyang AF 35mm F/2.8 FE lens. However regardless of this, it does make the Mini-P quite an attractive proposition, particularly when it comes to travelling light. See the chart below for the full camera compatibility list:- 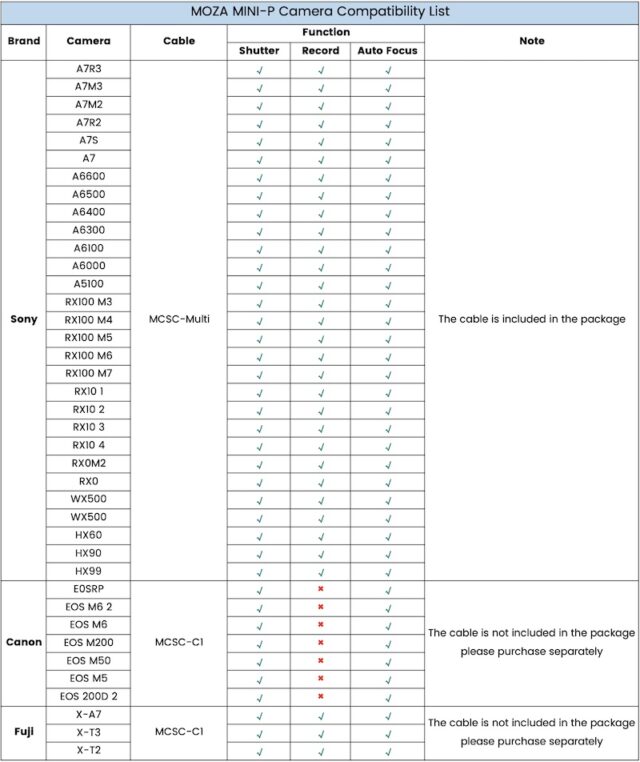 The company claims that it can run for up to 16 hours the fully loaded, although lighter payloads can provide it with up to 20 hours. It can also be folded down to the size of a small book for transport.

The popularity of social media sites like Instagram has meant that vertical video is now something that has to be seriously considered. With this in mind the Mini-P can be quickly switched between horizontal and vertical shooting modes. All that is needed is a quick repositioning of the L-bracket using a quick release system.

Additionally the gimbal features modes like Inception Mode, clearly taking inspiration from the movie, which creates a twisting style camera shot. There’s also an FPV move to focus the camera on you, and a Sport Gear mode that is designed to capture fast motion much more easily. 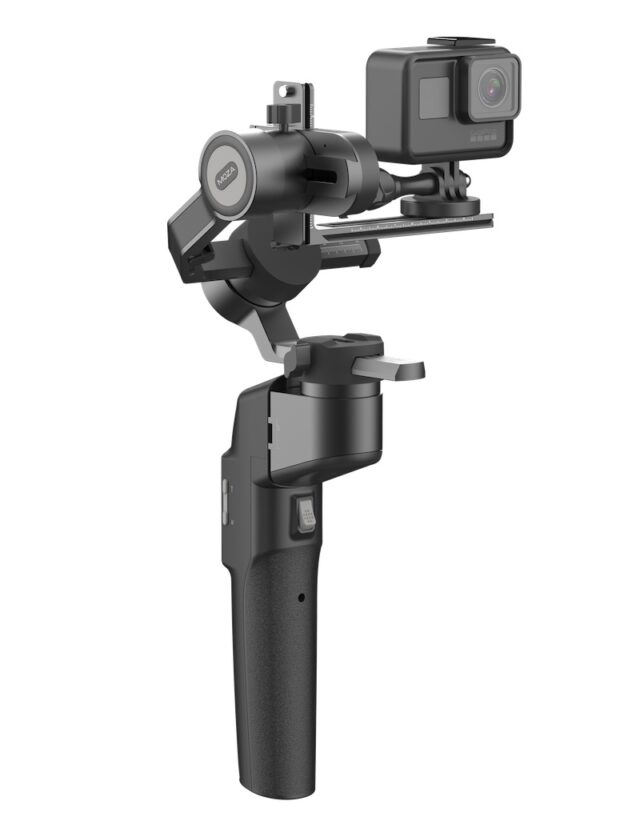 The MOZA Mini-P can handle everything from a GoPro to a Sony a7R III. Image: Gudsen MOZA.

The MOZA Mini-P is designed to be able to control compatible cameras, giving control over the shutter release, record start/stop and autofocus. An MCSC cable, designed to allow control of Sony cameras, is included in the package, but if you want to control other makes you will need to purchase a separate cable. 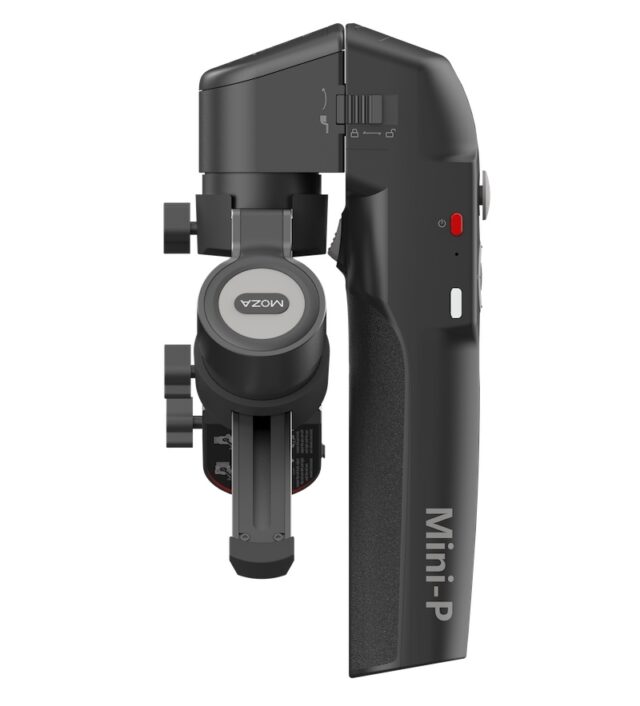 MOZA claims that the new gimbal will fold up smaller than a book novel. Image: Gudsen MOZA.

The MOZA Mini-P will retail for US$199, and can be pre-ordered now. For more information, visit Gudsen MOZA’s website.

Do you use gimbals with smaller cameras? Will the Mini-P be useful to you? Let us know what you think in the comments!