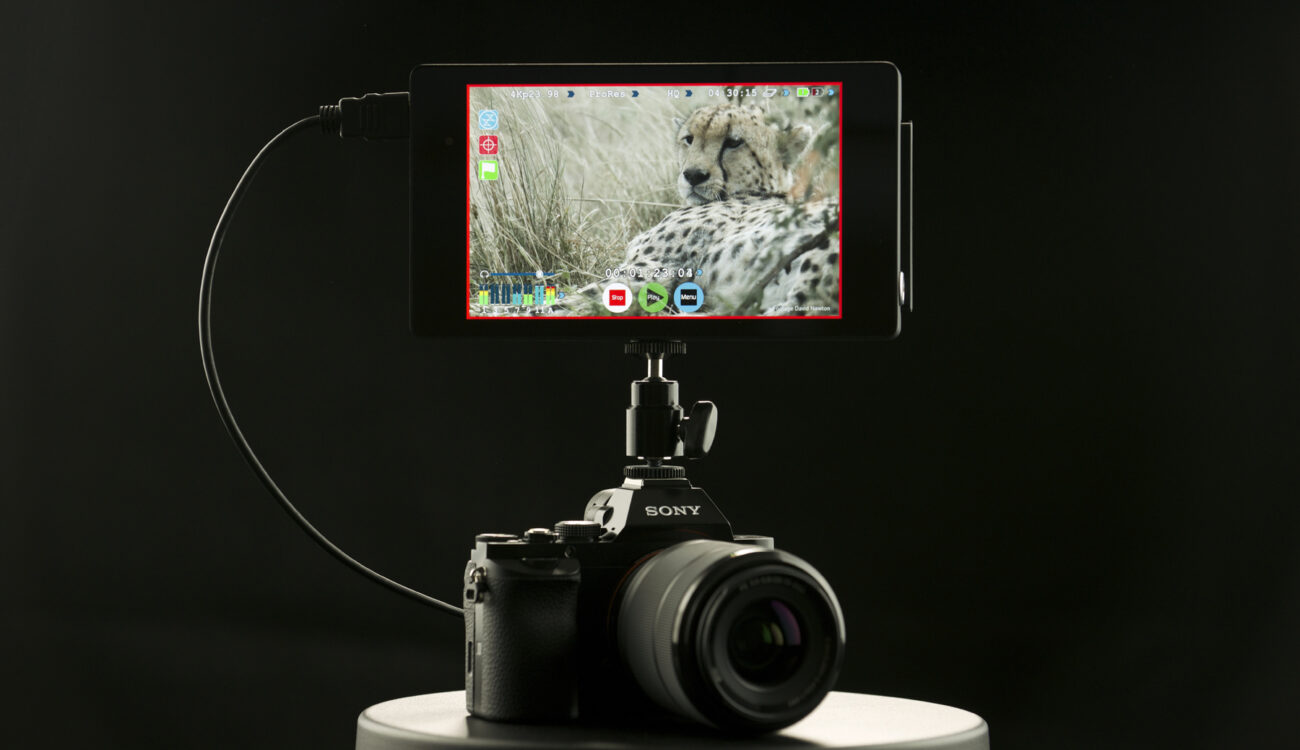 Atomos just announced an external 4K recorder which doubles at a 7″ screen. We will be covering this hands-on on the floor from when the show starts tomorrow. For now, here’s the press release from Atomos:

   Atomos, the creator of the award-winning Apple ProRes Ninja and  Samurai camera-mounted recorders, and the pocket-sized Connect converters, will show the brand new 4K  Shogun 7” IPS monitor/recorder alongside the new Sony A7S at NAB 2014. The Shogun is currently the only 4K  HDMI recording solution that can take full advantage of the new A7S’s full 35mm ultra-sensitive 12 mega pixel  video sensor, clean HDMI out, 120 fps HD and custom HDMI timecode and start/stop trigger.

 ”Finally the camera the world has been waiting for, Sony has pulled out all the stops to deliver the world’s first  Full Frame Video sensor in a camera for the masses.” said Jeromy Young, CEO and Founder of Atomos. “We  are very proud to give 4K recording capability to the Sony A7S with our brand new 4K ProRes Shogun which sports a 1920×1200 7” killer monitor and unparalleled affordable 4K recording”  . The Atomos Shogun is the world’s first 4K HDMI and 12G SDI monitor recorder and deck. With clean HDMI out direct to 4K ProRes onto single SSDs or RAIDed HDDs – 4K is now a mainstream  reality at the equivalent of $40 per hour for storage media. With Sony’s pedigree and reliability coupled with Atomos’ revolutionary feature set and price points, this combination at under $5K is the most compelling video solution on the market today.  Like the Samurai and Ninja Blade, Shogun allows the recording of pristine, 422 10-bit images straight from the  camera sensor captured using 4K/HD ProRes, Uncompressed RAW Cinema DNG or Avid DNxHD codecs. Waveform and monitor assist tools such as luma parade, vectorscope and tri-level focus peaking offer a very  comprehensive test and shot setup tool kit.    launch presentation and Q&A on day one of the show to be held at 12.30pm on the Atomos booth C9532.

 Pricing and Availability
 The Atomos Shogun is slated for shipping end of Q3 beginning Q4 2014 for under $2000
 USD and will be available through the Atomos Worldwide reseller network.