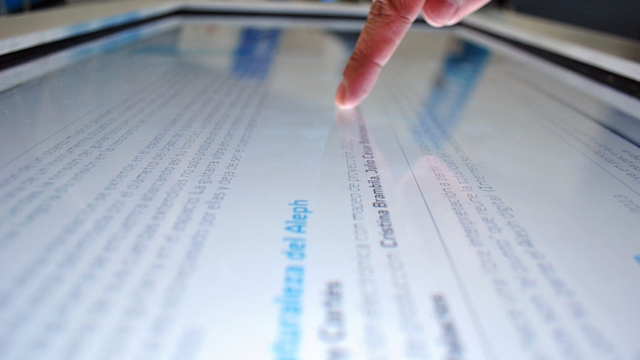 Recently, there’s been a boom in nanowire research and development. It seems as though everybody and their granny is looking into nanowire technology for the future of touch-screens—and it’s no wonder. Nanowires made of copper, silver, and even gold look set to bring us more cost-effective, longer-lasting displays for a multitude of devices in the coming years. 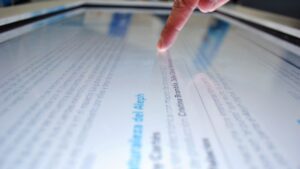 Clearly, the colossus that is the smartphone industry is the main driving force behind this nanowire revolution. When you’re paying hundreds of dollars for an object which goes absolutely everywhere with you, the last thing you want is for dropping it once to shatter your home screen and your hopes and dreams along with it.

With the current popularity of smartphones, tablets, plasma displays, and all things touchscreen, it is no wonder that the current go-to material—indium tin oxide or ITO—is disappearing, fast. Demand for touchscreens, of course, will remain ever present. However, the world’s ITO stockpiles cannot keep up, leading researchers and technology start-ups from across the world on the hunt for the perfect alternative: affordable, conductible nanowires.

Nanowires: What are they?

Before we can discuss nanowires, and how they may affect the camera industry in the coming years, it is probably a good idea to get to grips with what nanowires actually are. Fortunately, the definition for a nanowire is much simpler than the technology behind them: they are simply a wire with a diameter of no more than a few of nanometers—with one nanometer equaling to 0.000,000,001 of a meter!

The companies that seek to revolutionize the touchscreen industry are doing so by suspending these nanowires in inks and then spreading these inks to form a film—a film that is, for the most part, empty space; this allows the films to remain transparent while the nanowires themselves remain conductive—just what industries need to keep their touch screen technology flowing!

The Benefits of Nanowire Technology

The diminishing levels of ITO available coupled with the ever-growing demand for screens mean that the race is on to get the first mass-producible nanowire screen technology out of the research labs and into our electronic devices. Looks like it is time to find out what benefits we, the consumers, can reap from this surge in nanowire research and production.

One of the major benefits that producing screens via nanowire will have is the reduced demand for Indium Tin Oxide—something that the world is currently running fairly low on. As stock depletes, the price for the material will obviously increase and this is obviously going to be felt in the pockets of consumers as manufacturers up their prices.

Screens made from ITO are also problematic due to how they are created. It is a complex and inefficient process, whereby the Indium Tin Oxide is deposited onto glass inside vacuum chambers. Obviously, the issue here is that not all of the expensive ITO lands where it is needed—meaning that the vacuum chambers themselves must be cleaned after each stage so that the rare material that’s left on the interior of the chamber may be reused.

Of course, the simpler process behind rare metal nanowires has an awesome advantage for consumers; it means that nanowire screens will cost less!

Nanowires offer better conductivity and lower sheet resistance than currently available techs—allowing for better optical quality while simultaneously reducing production costs, as we mentioned above. I find it fairly crazy that, before they’ve even properly hit the market, nanowires have already had an enormous impact on nanotube and graphene ITO alternatives. From the depths of research labs, nanowires have already destroyed the majority of the market for two competing technologies. Impressive.

While it may not be something on your immediate technological wish list, it is certainly an interesting development. By coating nanowires onto plastic sheets—as simple a saran wrap—companies have been able to develop flexible, functioning prototype screens. The video below has a few more details pertaining to the 18” roll-up OLED showcased by LG at CES 2016.

I mentioned it earlier but it bears repeating. By utilizing minute amounts of pure, precious metals, researchers have been able to beat the performance offered by ITO at a fraction of the cost of the process involved in manufacturing items with Indium Tin Oxide. For consumers, that’s what I would call a win-win situation!

Should Filmmakers be Getting Excited about Nanowire Technology?

Personally, I think so. Even outside of filmmaking, we see an increasing number of screens as the technology available to us continues to advance into the realms of Science-Fiction. Whether camera displays begin to adopt nanowire technology in the near future or not, we’re probably all going to be experiencing the apparently improved performance that they can bring to the table in one way or another.

Some of the best and brightest minds in the world are researching and developing nanowires, including teams at Stanford, MIT, Harvard, and Duke. That usually means two things: the tech will arrive on the market sooner than we might expect, and the applications will likely be extremely useful—or at the very least, incredibly interesting!

We’ll have to wait and see if nanochemistry hits a roadblock with improving and producing nanowires and whether manufacturers take this new technology in their stride. However, with working proof-of-concept models already surfacing and the potential for lower costs, I’d wager that nanowires are going to be a big hit; even if we do have a while to go until these newer, tougher, or flexible screens are in our hands.