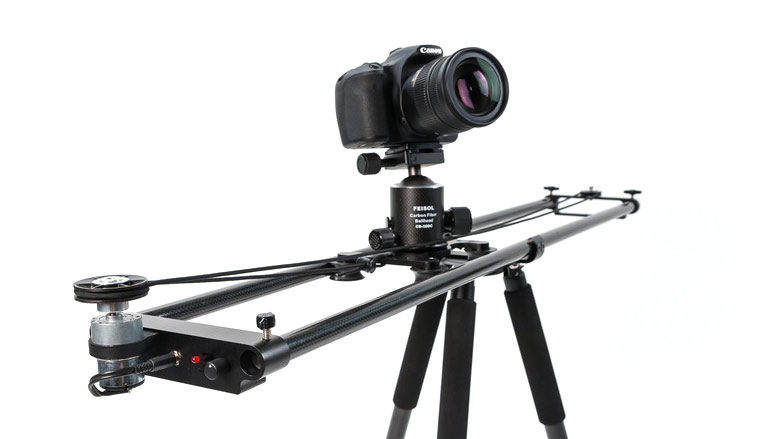 We’ve reported about many sliders on cinema5D, but this particular new motion controlled device that was featured as Kickstarter staff pick looks quite interesting. Nebo advertises their slider as being the lightest motorised slider weighing only 3.2 pounds due to its carbon fibre and aircraft grade aluminum construction.

This slider also seems like a bargain for those looking for an affordable motorised slider. At least as long as you still plan on taking advantage of the Kickstarter offer.
Alternatively the Syrp system is a popular and versatile motion control pully style slider that is well built yet affordable, but will cost more than the Nebo.

The slider is said to ship in early 2015.
Head over to the Kickstarter Campaign here: LINK