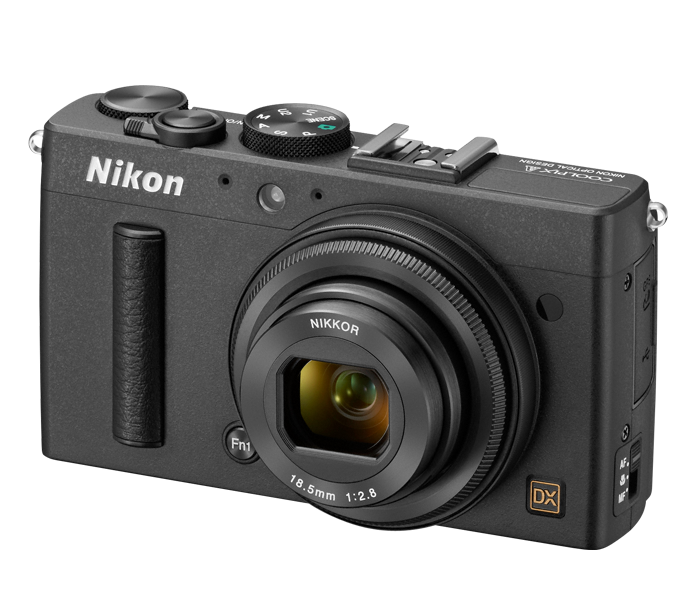 Nikon Coolpix A – a compact camera with a fixed focal length lens and an APS-C sized chip.

It can capture 1080p videos and has a 18.5mm lens (which equals 28mm on a full frame camera) with f/2.8 speed. That’s quite intriguing and very fast for a camera in such a small body. ISO ranges from 100 to a whopping 25600 (which is almost never usable due to excessive grain). Sample image from the Nikon Coolpix A

The Coolpix A allows you to do everything in manual mode as well, which is something we have increasingly seen in new top-of-the-line compact cameras from different manufacturers lately. I doubt the manual focus will have hard stops though, but I guess there’s only so much we filmmakers can ask for.

By the way, of course this is first and foremost a photo camera. Its 16.2 megapixel APS-C CMOS sensor is capable of capturing 12- and 14-bit RAW photos. The downside: it doesn’t have a viewfinder, that’s a pricey additional purchase.

Nikon has published some photos and two videos that were shot with the camera. Unfortunately, the resolution of the videos is very low, but click here to judge them yourself: The second video seems a bit off because there seems to be a considerable amount of wobble in the wide shots. Whether it’s because of an operator who didn’t know how to operate or due to a camera which doesn’t have image stabilization in the video mode, we don’t know until we get our hands around it.

Having a large-sensor camera with a fixed lens in a small package always in your pocket is indeed a very tempting proposition, so we like where Nikon is headed here. After all, even professionals on film sets take most of their “just for fun” photos on smartphones these days, and also shoot a video on it from time to time – because after all, the best camera is always the one you have with you. Of course, a fixed focal length is limiting, but then again it requires you to actually think HOW you shoot something and find different angles, rather than be stuck in one place.

So what do you think about the new Nikon Coolpix A? Could it become your go-anywhere camera?

Also, you are welcome to give us ideas for shoots with this camera – as you know, the new cinema5D is all about real world testing of cameras. Real stories, whether they are of a documentary or narrative nature, we will do our best to put new cameras in real-life situations to see how they perform. Let us know what you want us to film with the new Canon Coolpix A – by the nature of the camera, it should be fun and spontaneous, without much need for complicated setups.