There is no such thing as an action camera in the Japanese company’s lineup of cameras. Until now. Today, Olympus introduced their latest piece of gear, the Stylus TG-Tracker action cam.

Yet another action cam!

It seems that we are witnessing another competitor emerging in the territory of the original inventor of the action cam, GoPro. The freshly announced Stylus TG-Tracker comes with a set of unique features and a form factor of its own, so it’s far from being another copycat GoPro clone. That said, we will have to wait to find out whether it can compete with the current “go-to” action cameras.

Specs of the Stylus TG-Tracker

One of the most exciting features is the outdoor ruggedness of this camera, not for nothing a member of the TOUGH line of cameras built by Olympus. Reading the specs you want to get dirty with this camera:

Yes, this is tough, indeed! More rugged than the recently announced LG action camera, even.

The TG-Tracker comes with a 1.58mm f/2.0 wide-angle lens with a 204° field of view. Converted to a 35mm sensor that would be a focal length of 13.9mm. The used TruePic TM VII processor wasn’t newly developed but borrowed from the OM-D line of cameras and upgraded with UHD 4K video capabilities. A very nice feature is the tilt-out 1.5″ LCD screen. Every time I have to use a GoPro (or similar) camera, I’m constantly cursing the fiddling with wi-fi networks, mobile phone screens, and laggy connections. Especially when there are multiple cameras involved. An onboard screen sure makes the device somewhat bigger, but framing gets a whole lot easier. You have to decide if it’s worth it. You can control the Stylus TG-Tracker camera, either way, using the onboard LCD screen and buttons or via a wi-fi connection with the Olympus Image Share (OI.Share) app.

Above the lens itself, there is a build in LED headlight. It can be used to illuminate dim surroundings such as underwater scenes. There’s even a dedicated underwater white balance mode for that.

A camera and an outdoor activity tracker

This camera isn’t just a camera as one of its main features is the built-in field sensor system. This means the Stylus TG-Tracker is capable of acting as an outdoor activity tracker with various data such as altitude/depth, GPS position, e-compass, air pressure, temperature and so on.

Either the LCD Screen or the OI.Track app can be used to monitor the data generated by the field sensors of the camera. This way, you can track your next hike, for example. 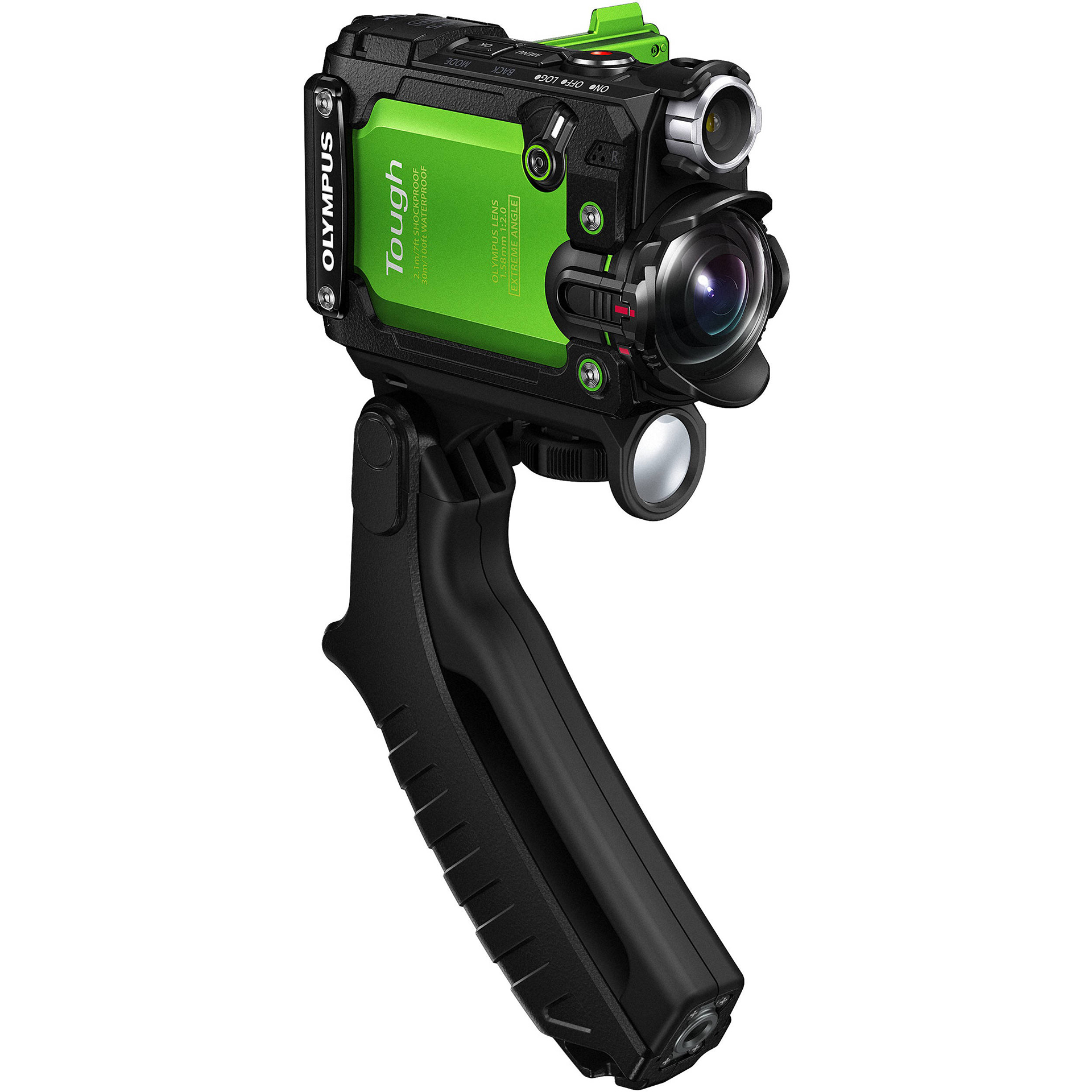 The Olympus TG-Tracker camera comes in two finishes, black and some sort of venomous green. It will retail for $349 and will be available in late June to mid-July.

For more information, check out the UK microsite.