There’s a new type of Russian arm at IBC this year, the TYR Take-Away Russian Arm. It is a compact and easy-to-setup car jib system that can be used on various cars.

For those that don’t know what a Russian arm is, please have a look at the video above. It is a car-mounted camera crane that is operated from within the vehicle for high-speed car chase sequences and most commonly used on car commercials, and can carry any kind of gimbal head from Scorpio to Oculus. Besides the enormous costs of the system (the crane alone is in the six digit line, which makes it a rental item, usually including the car), you will need to have a pimped-up car to handle the weight and drag of the system. It is not a simple take-it-off and put it in the garage kind of setup. These cars can basically be thrown out once they have racked-up enough miles. 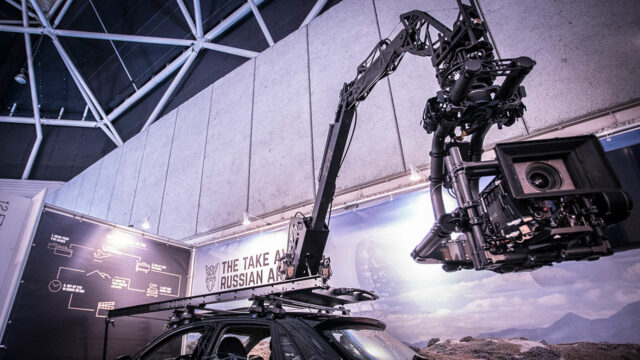 The German company Allgolden UG has taken it on themselves to radically change this. As its name states, with the Take-Away Russian Arm a crane can be placed on top of the vehicle in a variety of positions, depending on the requirements of the shot. At roughly €110,000 purchase price, it is still not going to be cheap (see our IBC video for details), but it will be possible to put it on top of any normal passenger car that you rent on location. Their plan is also to (depending on the rental houses of course) to rent the system out without special operators, which is usually the requirement for other systems. 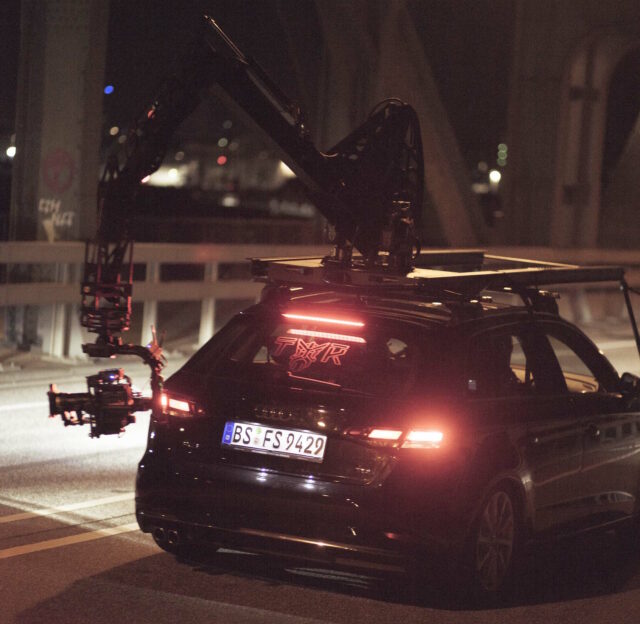 The Take-Away Russian Arm has different modes to select from. 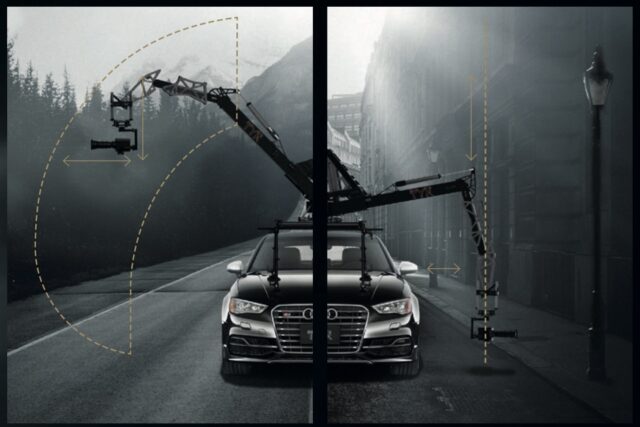 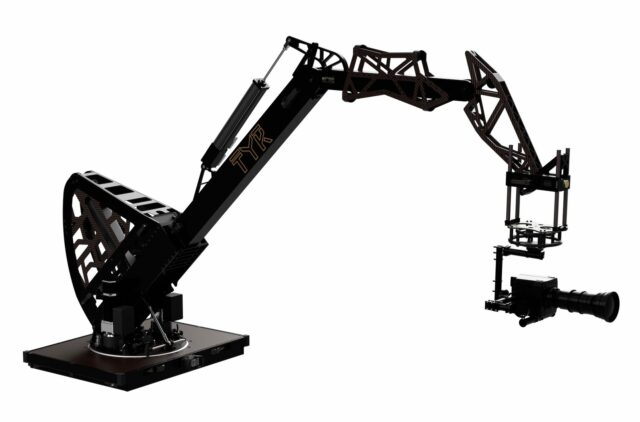 The TYR system consists of industrial-grade electronics in an anodized body, which confirms that it is very weather proof. The system itself supports over 200 different cars, and if you have a car that is not on the list you can customize the rig to suit your needs. The rig can support a payload of 20KG. For now, the following cameras and gimbals are supported based on their weight. 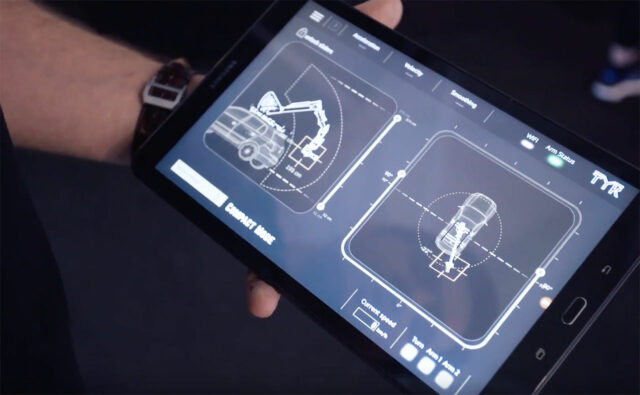 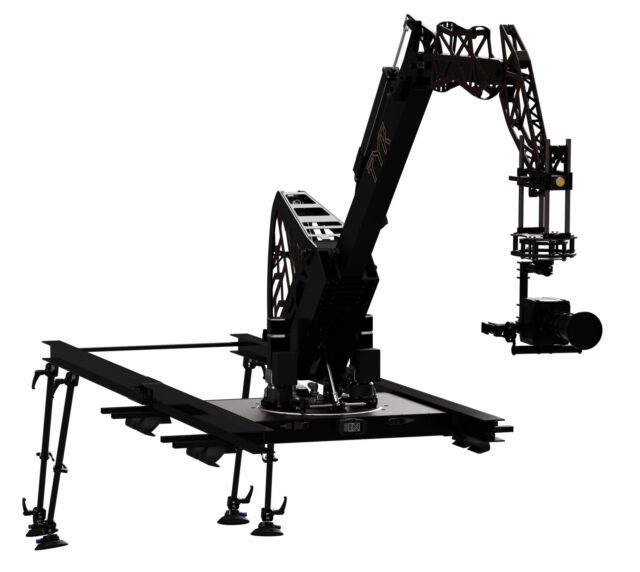 When you buy the TYR system, you will receive a touch-screen tablet with the pre-installed app. This app is loaded with features for crew safety, which include visual crane position feedback, user limits, emergency stop buttons and safety margins just to name a few. There are two assistant switches included which block all motion during gate check, lens change, card swap or your lunch break.

The guys behind the TYR are still working out bugs and details of the system and their app, but it will be available in a couple of months for €110,000, which of course will make it a typical rental item.

What do you think of the take-away Russian Arm? Would you convert your car to have this rig on your roof? Please let us know in the comments below!