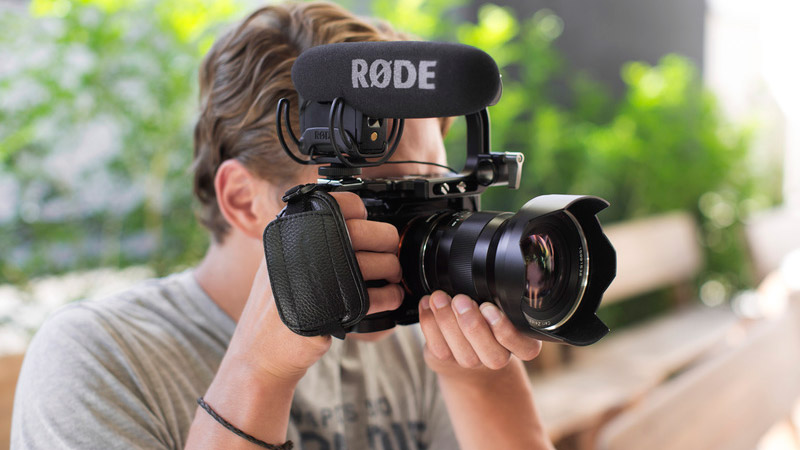 Decent audio accessories are still something that is frequently overlooked, especially by people who are starting out as shooters. One of the biggest shortcomings of DSLRs for filmmaking has always been the fact that recording audio is hard – the built in microphones are usually useless, sometimes only fully automatic and very often the preamps are of a very low quality. RØDE were one of very few professional microphone companies to tackle that problem, and by releasing the original VideoMic and then the VideoMic Pro about 5 years ago, they were the first to come up with a microphone that was inexpensive enough to be owned by owner-operators, and simple and efficient enough to get decent ambient sound or reference audio.

However, the original rubber band suspension mount on the VideoMic Pro was a source of constant pain (to be blunt) as the rubber bands would easily get lost or tangled up with something else … not easy to deal, with constant need to fiddle around with to make it work again. Turns out RODE have realized that’s a problem and teamed up with Rycote for the face-lift of their VideoMic Pro. It now comes with a proper Rycote Lyre suspension mount, which makes it much more durable and professional, while still providing great suspension. If you haven’t ever heard of Rycote, you probably have never dealt with really professional audio gear. They make the most professional and reliable audio accessories for field recording out there – not only suspension mounts (which are virtually indestructible – try it!), but also microphone boom poles, wind shields and much more. Speaking of wind shields, about the only downside of the new Rycote-mounted RØDE VideoMic Pro is the fact that the furry windshield option “DeadCat VMP” is currently not compatible with the new version of the microphone. However RØDE informed me that they are upgrading this to be called DeadCat VMPR, to go with the new Rycote Lyre version – it will start shipping in the next two weeks.