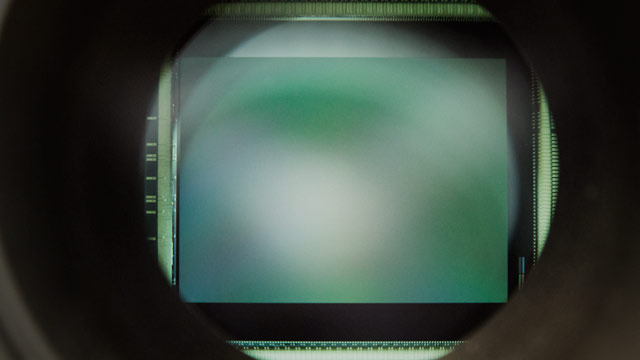 The new Blackmagic Production Camera 4K has arrived in the hands of some people already. Blackmagic was kind enough to lend us a test sample and we got familiar with the camera over the last days. At $3000 this is the only camera that currently offers this kind of sharp and cinematic image at a resolution of 4K with a few other benefits and obstacles.

Please note that this camera can deliver very impressive results. After discussing the sensor issues in question I will summarize all the pro’s and con’s at the end of this article.

In part 1 of our reviews we compared the Blackmagic Production Camera 4K (from now on referred to as “BMPC4K”) to the famous Canon 1DC, a very powerful full frame DSLR and 4K recording device. In part 2 of our reviews we took the BMPC4K out into the field and worked “documentary style” from shoot to final product in order get a feeling for working with the camera in a real life situation and editing it.
In this third installment we would like to address the “dead pixels” issue that we ran into.

What we found in all our tests was what appeared to be hundreds of white, dead pixels on all our BMPC4K footage. These were very visible in lowlight shots and darker areas of images. We got in touch with Blackmagic Design to get feedback on the issue and they quickly sent us a new unit which arrived today and took the first one in for evaluation. When we received the second BMPC4K we immediately checked to see if the pixels were still there and unfortunately we saw the same white dots and heavy sensor pattern in dark areas of the footage. Surprisingly though, two hours later, after going into further testing, the white pixles had entirely disappeared! The second screenshot was taken from footage shot with the same camera, but two hours later and has no white pixles (right-click & open in new window for 4K resolution) Here are two 100% crops so the pixels are better visible:

The fact that the white pixels have now disappeared is a good thing. Unfortunately we don’t know why or when the white pixels appear. We will further investigate and wait for an answer from Blackmagic and keep this post updated.

So should you get a Blackmagic Production Camera 4K, or what?
We believe that Blackmagic was not aware of the white pixels issue and will most certainly address it. Since the white pixels disappeared at some point on the second camera there’s yet hope that the issue CAN actually be resolved in one way or another. It is unclear whether that means the camera needs a warmup time or a firmware update. If you’re concerned about this issue you might want to just check your order when it arrives and see if your camera has the same issues. PRO’s
• This camera can take breathtaking footage in the right hands.
• With sufficient light the picture is clean and seems free from aliasing and moire issues.
• The 4K resolution is stunning and produces cinematic and crisp images.
• The ProRes (HQ) workflow on SSD media is reliable and extremely quick. You could basically start editing right from your SSD.
• while the touch screen is not for everyone, the response is good and it’s easy to work with
• There are limited menu options, but the ones that are there are clear and simple to use.
• The Blackmagic “film” log curve is very similar to Alexa’s log, harmonic and easy to grade, but it has less dynamic range than the previous model.
• Blackmagic announced to offer RAW dng function via a firmware upgrade in the near future.
• Super35mm sized sensor produces nice, shallow depth of field.
• Compared to other 4K cameras the BMPC4K is very lightweight.
• great connection options: SDI, Thunderbolt, separate audio, headphone jack.

CON’s
If the white pixels issue is resolved there are 2 things that might still make the BMPC4K a difficult choice for some:
1. The camera is clearly not a lowlight camera. It requires additional lighting indoors and the footage can probably not be pushed very far beyond ISO 800. As such it might also be difficult to work with for documentary style shooters.
2. The ergonomics of this camera are not great and might slow you down during shooting. There are some handling issues like:
• no audio levels
• no indication of space left on card
• no option to format media
• camera falls to the front when lens is attached
• space for tripod plate is very small sometimes resulting in awry and flimsy attachment
• internal, non-removable battery –> external battery solution required.
• two hands required to change aperture.

Note that today there are numerous accessories that have been made available for the first blackmagic cinema camera which shares the same housing as the BMPC4K and these will help make working with the camera easier.

Also if you’re working on stationary sets and in studios most of these things will just be a question of knowing your tool and adjusting.

All in all you see there are a lot of points to consider about this camera. If you’re on a budget and all you care about is to get the best possible quality and if you have sufficient light sources (eg: the sun / studio lights) at your disposal then this camera might serve you very well and help you take some stunning footage in 4K at a very low price. In terms of footage quality it definitely exceeds the original blackmagic cinema camera.
Look out though if you need lowlight capabilities and are used to a fast paced one-man-band or documentary shooting style.