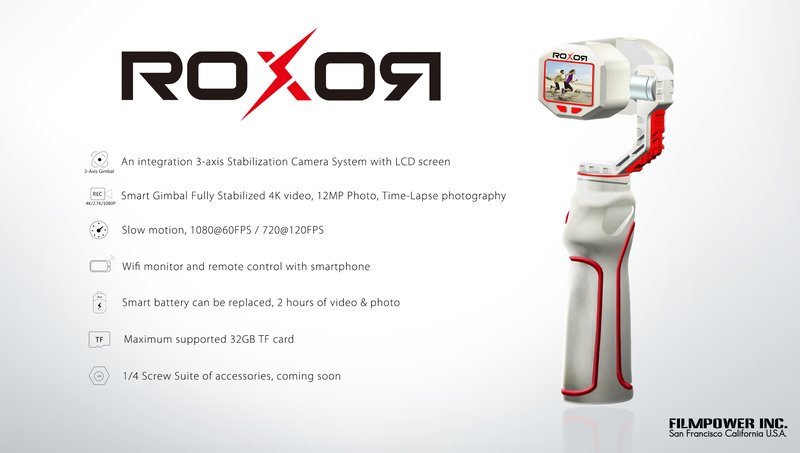 Filmpower, the company that has brought us many interesting products including one of the original handheld gimbals and a 5-axis stabilizer now has a new kit in the arsenal, the ROXOR. The new handheld gimbal camera is 4K, wifi enabled and less than $200.

The DJI OSMO is set to be a very popular product. These simplified handheld stabilizer cameras will have a wide range of use for consumers through to professionals. Even though the OSMO has yet to find its way onto retailer’s shelves it already has some very affordable competition.

The Filmpower ROXOR looks like a valid OSMO alternative. It is a handheld gimbal with an inbuilt 4K camera. It has a screen on the back for monitoring, takes removable batteries (that last around 2 hours) and can accept up to 32G TF cards (that’s MicroSD to most people). Dropping in resolution to a mere FullHD will get you up to 60p, and a further drop to 720 will get you 120p.

Full features at a glance of the ROXOR Handheld Gimbal Camera:

There’s no other information at this time. It will be nice to find out if there’s any manual control over the exposure, and any flat picture profile like GoPros ProTune.