Sachtler recently introduced the Sachtler Video 18 S2, an upgrade to their evergreen-tripod, the Video 18 S1. I took a closer look at it in this video review.

If there is one tripod type that can be found in use with broadcasters almost on a global scale, it is the Video 18 S1 tripod by Sachtler. Particularly (but not only) in Europe, I often end up getting a Sachtler tripod from rental houses or broadcasters, and more often than not it will be the Video 18 S1. It’s a proven workhorse and can be considered the de-facto standard in 100 mm bowl size tripods. It fits a great variety of cameras from smaller interchangeable lens cameras to large broadcast cameras. It’s a permanent guest at any news event – just look around at press conferences, for example. 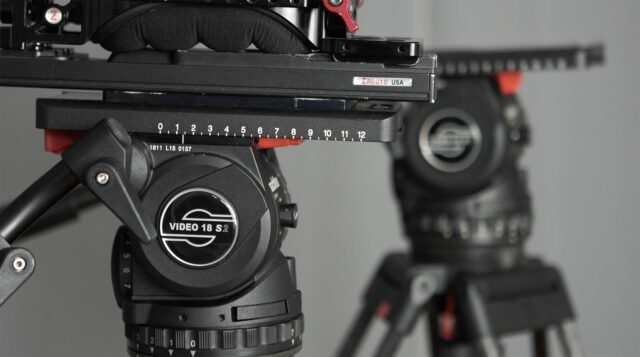 When everyone considers your tripod the standard, why replace it with a new model? Simple, just don’t change too much about it – just add a little functionality and make it work and look the same as before, and new buyers will be happy, particularly when it costs the same price as before. Just don’t change it too much to upset existing customers. The Video 18 S2 features a 4kg increase in payload from the old model, for a maximum of up to 20 kg (or 44.1 lbs), which means you can use the tripod with an even wider variety of cameras. With a minimum payload of 2kg, you will be able to use the same tripod to accommodate both your DSLR rig and your larger setup.

All in all, a nice upgrade for an industry-standard product, and is definitely the one to get if you’re in the market for a new 100 mm tripod as it replaces the old model for the same price. However, it certainly does not make sense for existing owners of the Video 18 S1 to upgrade.

Disclaimer: I used to make product videos for Sachtler 4-5 years ago as a paid project, explaining the functionality of their tripods on camera. This review however is of course unpaid and unbiased. Sachtler sent us a review loaner of the Video 18 S2 that has already been sent back.