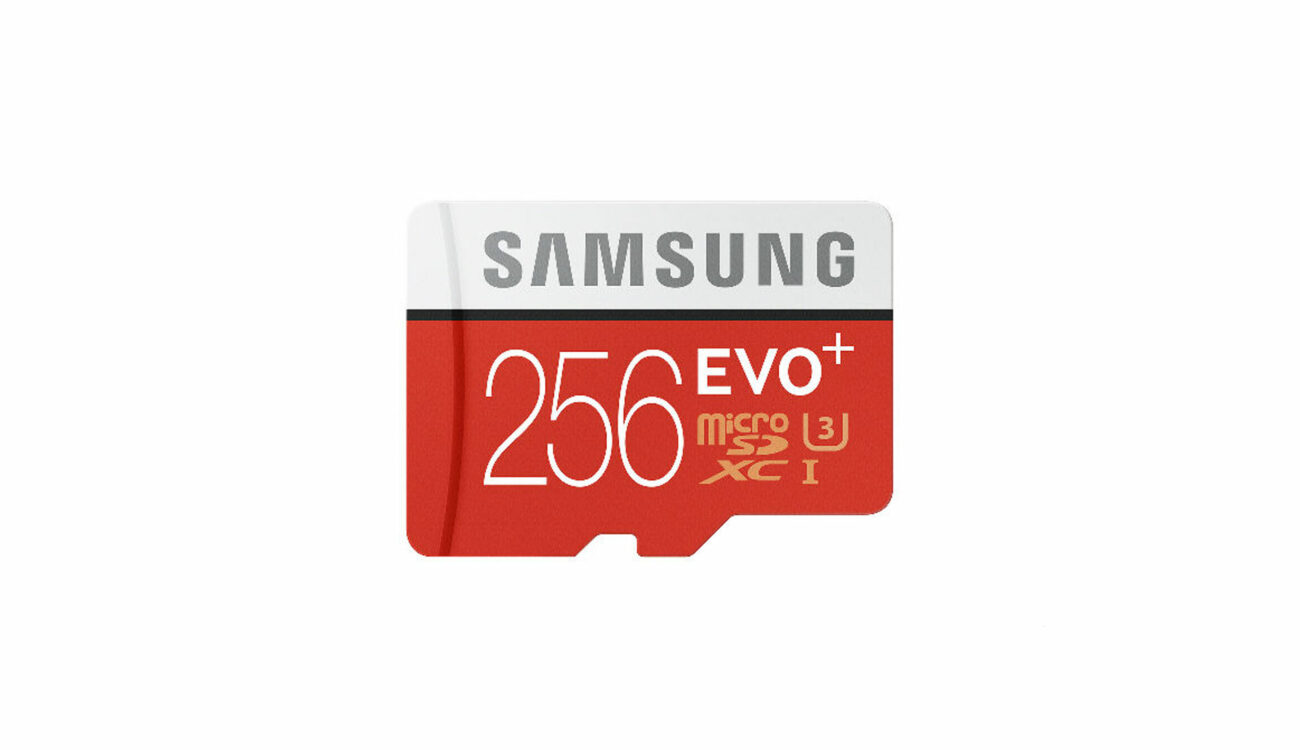 Samsung have announced their latest Micro SD Card; the EVO Plus, with a whopping 256GB of storage space. 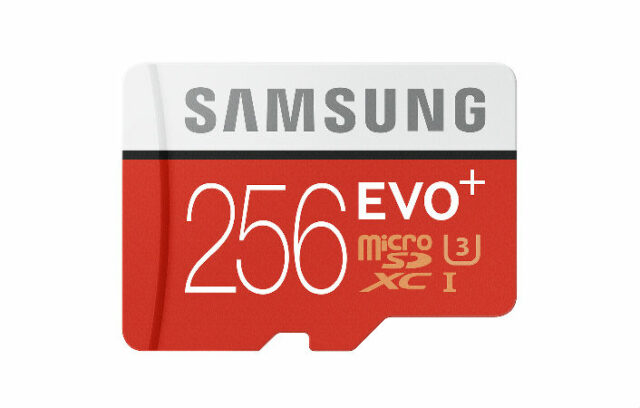 The EVO Plus 256GB Micro SD Card is the highest capacity memory in its class, offering up to 12 hours of 4K video and over 55,000 photos. The memory card uses Samsungs V-NAND technology providing very high read and write speeds at 95MB/s and 90MB/s, respectively, for high bit rate recording.

This could be ideal if you’re shooting a very long timelapse, remote filming with camera traps for wildlife perhaps, or even for aerial cinematography.

Samsung have also included waterproofing, temperature proofing (-25°C to 85°C (-13°F to 185°F)), X-ray proof and magnetic proof as part of their ‘4-Proof features’. This means that the card is durable in many filming and photography environments, but take it with a pinch of salt and don’t push it! The last thing you want is to wipe a card—especially a card that comes at a premium!

Some of the EVO Plus 256GB cards specs –

To top it off, Samsung offers a 10-year warranty on the card, which is great due to its high-end price tag of $249.99. While this announcement will excite readers with deep pockets and a hunger for more storage, it’s unlikely to appeal to the more frugal customers out there. It will be available at the end of June globally. For more information, see the EVO Plus press release.

Does the EVO Plus interest you, or does the premium price put you off? Let me know in the comments!