The Sennheiser Memory Mic is a wireless microphone and audio recorder for smartphones. It has its European premiere here at the IBC 2018 and is now shipping worldwide. We talked to a Sennheiser representative about this interesting product.

With this new product, Sennheiser reflects on the trend that many journalists and reporters have lately started using smartphones for their work. The key drawback of this solution has been sound quality. Filming an interview with a smartphone often required using a conventional external audio recorder or a regular cable microphone in order to get some good and usable audio. 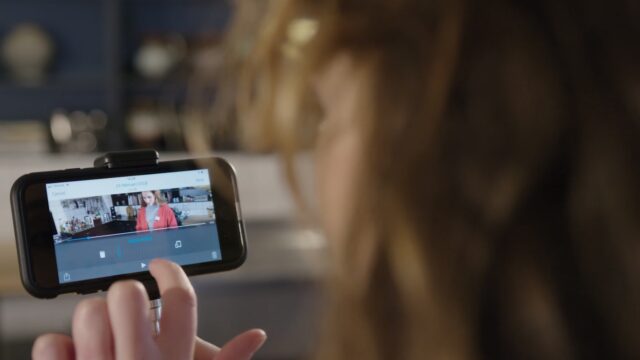 The Sennheiser Memory Mic features a lightweight, small body and offers wireless broadcast-quality sound. The microphone works with both, Android and Apple smartphones via the free accompanying app. The mic can be attached to clothing via a magnetic clip and weighs only 30 grams.

The Sennheiser Memory Mic features one-touch synchronization of audio and video via bluetooth. It records the audio by itself, just like a regular audio recorder and it can therefore work at any distance to the smartphone. After recording is finished, the mic connects to the smartphone and transfers the audio file via wi-fi while the Sennheiser app synchronizes it with the recorded video. 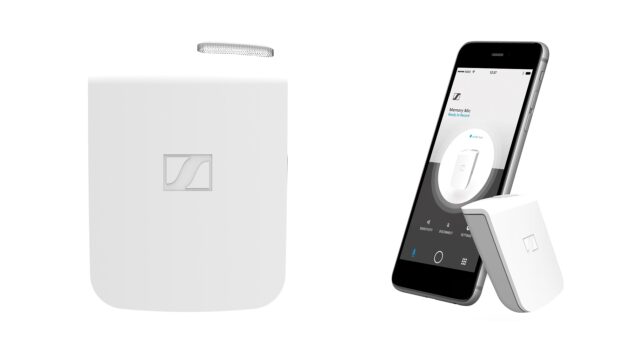 As the wireless Memory Mic does not occupy any input on the smartphone, journalists can still use additional accessories such as a gimbal or connect an additional wired microphone for interviews.

The Memory Mic incorporates a condenser capsule with OMNI-directional pick-up pattern. The OMNI characteristic is particularly resistant to wind noise and forgiving if a speaker changes the angle and/or distance at which he or she is talking into the microphone. Via the app, the sensitivity of the microphone can be set at three levels, in order to adapt to louder or quieter environments.

The operating time of the microphone lasts for up to four hours. Full recharge of the integrated lithium-polymer battery via the USB port takes two hours at most, while reaching 70% capacity of the battery takes about an hour. 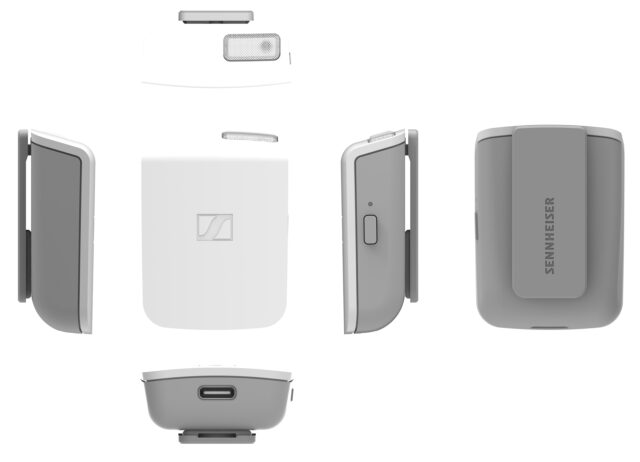 The Memory Mic is available now and comes with a USB charging cable and a quick guide. The free Sennheiser app is available in the Apple App Store or via Google Play. The windshield for outdoor recordings in windy conditions will soon be available.

Thinking out loud, the Memory Mic could also be used alongside an existing wireless audio setup as an isolated audio backup that would be free of interference or drop outs.

Do you use a smartphone for journalist work? How do you capture high-quality audio? What do you think of the Sennheiser Memory Mic? Let us know in the comments below.