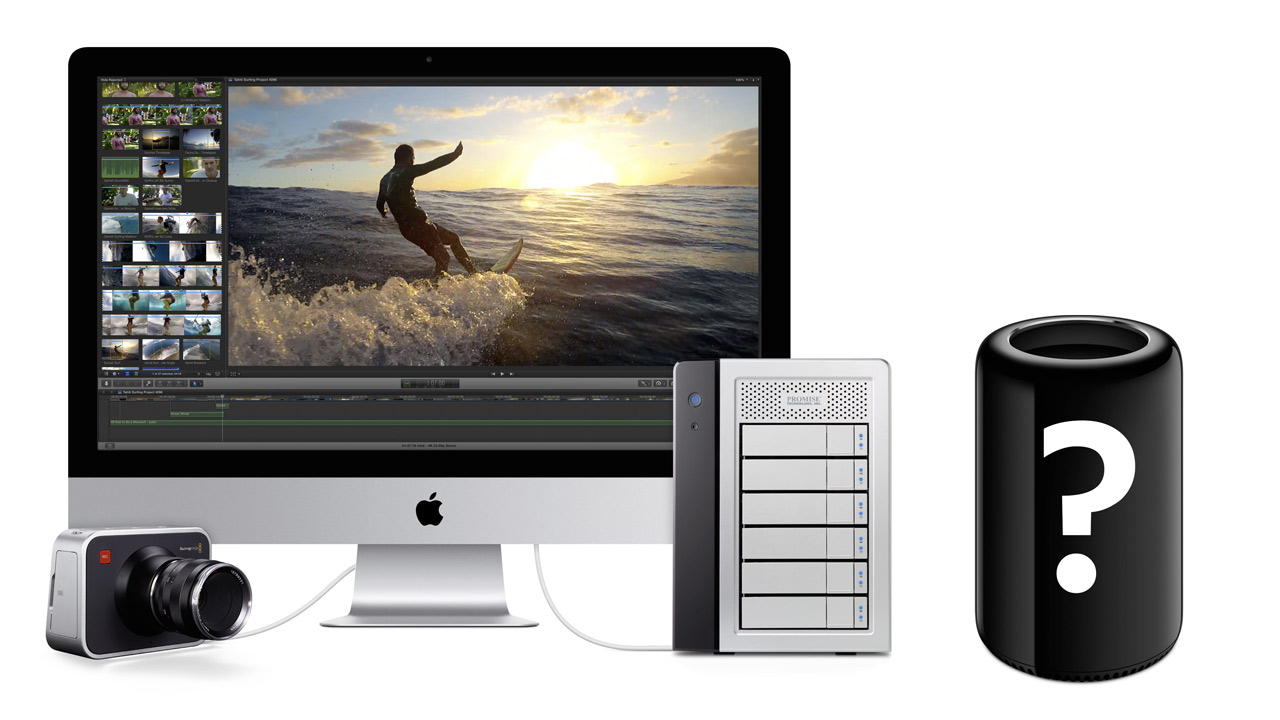 Apple just updated their 27-inch 5K iMac with slightly better specs and a better display with a larger color gamut. They also released a new 21.5-inch 4K iMac alongside. As video makers the computer is an essential part of our workflow and the new 5K iMac is certainly a tempting proposition as an all-in-one solution for 4K editors. But should we get the new 5K iMac (or a Mac Pro) for video? 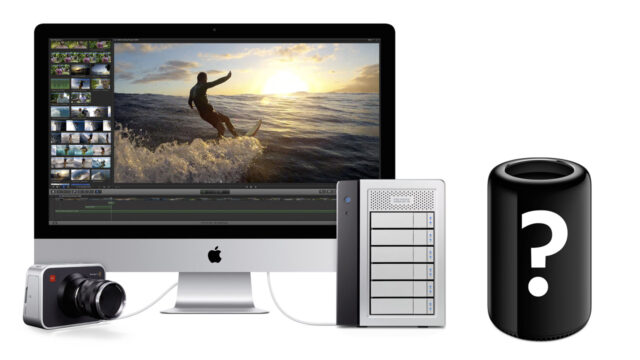 The first 5K iMac was released last year. At its base configuration the new “late 2015” model has a new 3.2GHz to 3.3GHz Core i5 and i7 Skylake processor that is about 10% faster and probably less prone to overheating. This was a problem on the first 5K iMac that slowed down rendering speed after a few minutes (as reported by Max, see video below). The new Skylake architecture is expected to solve this issue.

In terms of performance the new 5K iMac also comes with faster graphics, again this looks like it’s only a minor update with a 5% performance increase (3.7 “teraflops” vs. 3.5) over the previous 5K iMac version.

Then there’s faster SSD data transfer with the built-in storage that will probably boost startup times and loading apps. Apple says the SSD in the new 5K iMac is “up to” 2.5 times faster than the previous model. Sounds fast. 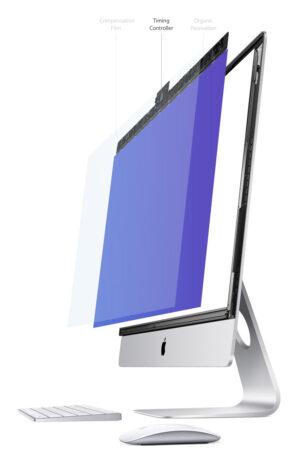 Another major upgrade is the iMac display where Apple implemented phosphor LED technology in order to achieve “25% more colors”, moving from sRGB to the P3 color gamut which could certainly improve color critical tasks.

Basically the 21.5-inch 4K iMac looks like it is not ideal for 4K video editing. With a resolution of 4096×2348 it is actually not a “4K standard” in video-terms, it has soldered-in RAM, only on-board graphics and the performance might be too weak to drive the high resolution display while at the same time working on demanding editing tasks.

Being a Mac Pro user with a 4K display I can see the much weaker 21.5-inch 4K iMac not cutting it.

Having owned an iMac for video editing there are some things to consider for an ideal iMac configuration. The 5K iMac looks like it’s a powerful tool for video editing and the 5K built-in display is said to be gorgeous. Even the old, non-retina display was great in terms of quality compared to other sub $1,000 displays back then. Moving into 4K editing the 5K display is certainly worth considering the iMac.

The first thing you want to know is that the new 5K iMac with its new 1866MHZ clock can be configured with up to 64GB of RAM. RAM on the 27-inch iMac is user upgradeable with no loss of warranty so you should make use of this advantage as the Apple RAM is considerably more expensive. In the past people would get the lower cost model (from B&H with better return policy than at Apple directly) with 8GB RAM built-in and upgrade that to at least 24GB with a 16GB RAM upgrade kit. These   are already available.

For Video Editing it is probably a good idea to get the faster graphics performance, so the 27-inch 5K iMac with built-in 256GB SSD for $2700 looks like the perfect option in my opinion: LINK

The video above by Max Yuryev shows the performance differences for video editors between the 5K iMac and a 6-core Mac Pro very well. It’s interesting to see the iMac actually outperforms the Mac Pro in many ways and is also cheaper considering the built-in high performance display.

Of course it eventually depends on the application, but if performance is a major concern it seems you don’t have to worry when you choose the 5K iMac over a Mac Pro nowadays. The new model will not only be faster than most Mac Pro, but also be more affordable and have the built-in display.

One downside of the iMac is of course its lack of more Thunderbolt 2 ports. Video editors need external storage like the Promise Pegasus (currently on sale) or OWC Thunderbay.

Let us know what you think in the comments. Will you get the new 27-inch 5K iMac as a machine for video editing?