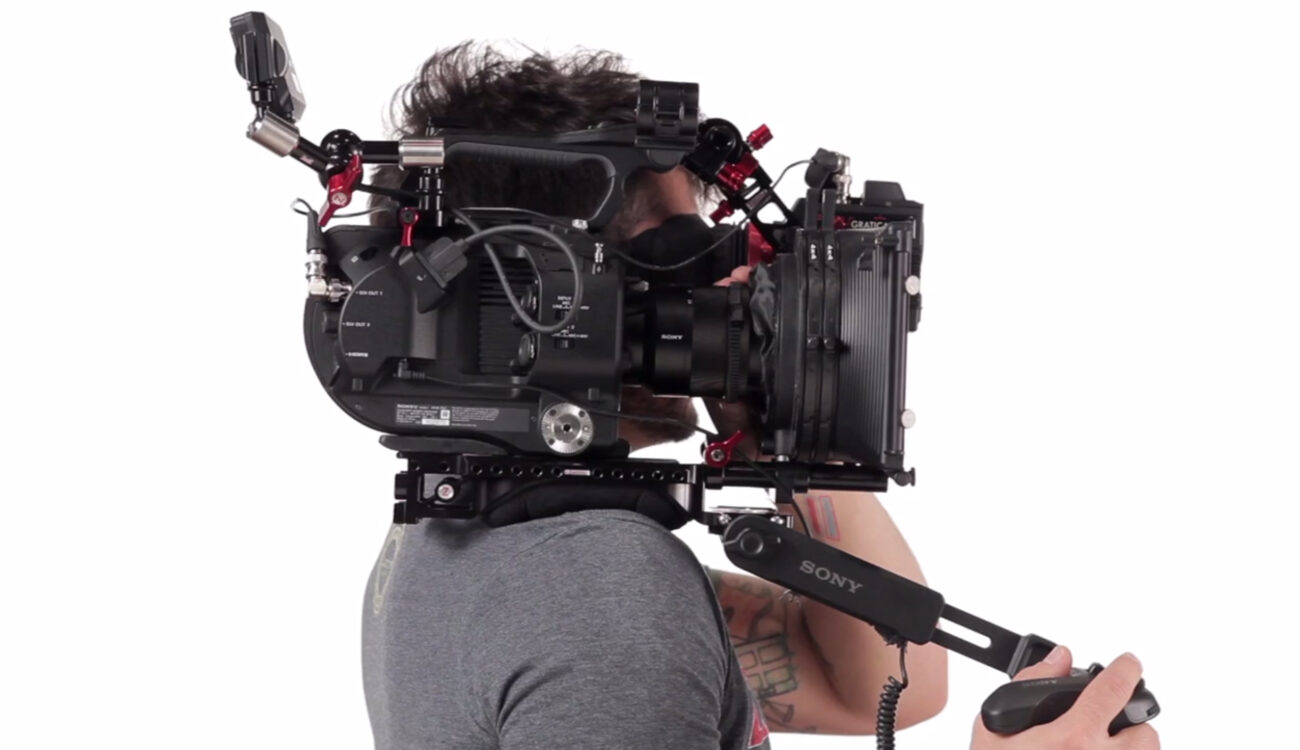 Last month we covered the next generation of Recoil Rigs, a line that Zacuto stated was compatible with nearly every camera on the market with few components. Here’s their options for the Sony FS7 proving that theory:

Zacuto continue their balanced-rig-with-no-counter-balance philosophy on the Sony FS7 by concreting their findings that a cameras centre of balance is more or less where the body meets the lens.

On the FS7, they’ve achieved this by adding their VCT Universal Baseplate that moves the shoulder position forward. Tapping into an existing 1/4″ thread and utilizing the 15mm mic/EVF rail they’ve simply added a ZicroMount and Axis Mini to achieve this balance rig with second monitor at the rear for focus puller etc.. The latter product gives more flexibility to the EVF position; Zacuto state the native fixture resides too far forward and in turn, gets in wider framed shots.

This rig can be simplified by switching out their Gratical EVF for the native screen; Zacuto recommend this setup with a Z-Finder to reduce the EVF footprint. To simplify further you can switch out the Baseplate for a QR Shoulder Pad, removing the immediate access to a 15mm rod setup.

Due to the much more ergonomic approach Sony has taken with the FS7, few third party components are needed to get this camera up to spec.

The separate handle and industry standard rods & thread up top alleviate the need for a cage, spine and relocated grip handle.

The Zacuto VCT Universal Baseplate and Axis Mini are available now. So is a compatible Z-Finder (for now seek the Z-Finder Jr), but a mentioned flip frame design is yet to come.