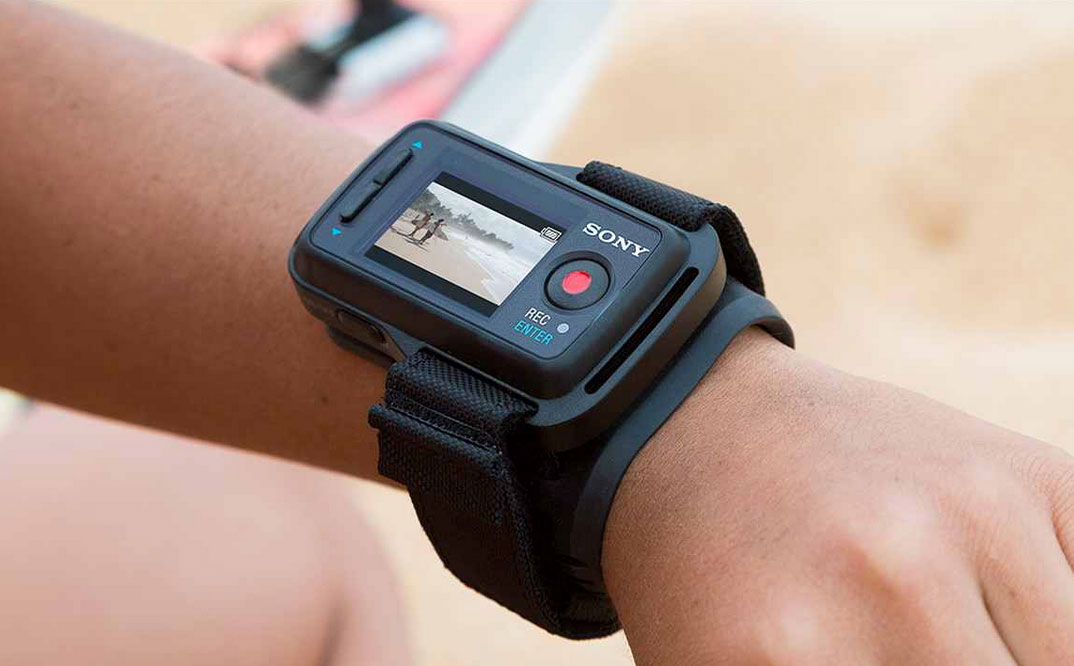 Go-Pro is the name you will hear when it comes to action and sports cinematography. There have been some new contenders on the field, the Chinese Competitor Yi and Sony’s Action Cam. However, with Sony’s recent introduction of the Action Cam Live View Remote, Sony could be taking a step in the right direction.

The Sony FDR-X1000V 4K Action Cam is already known as one of the top competitors in the extreme sports and action camera field. With 4k recording, 170 degree FOV and a Zeiss Tessar Lens, the Sony Action Cam (starting at $499) is as functional as it is durable. In order to keep pace and add extra functionality and value to the already tough and reliable device, Sony added the new, wrist-mounted Live View Remote.

Compared to Go-Pro’s iOS and Android App, which also allows you to live view and record using its Wifi capabilities, Sony’s wrist-mount remote is a pleasant addition. While you are snowboarding, ski-ing or in mid-air, its nice to be able to control your camera with a physical button instead of a touch screen.

Not only will you be able to connect to your Sony Action Cam from a distance of just under 17 feet, you can also review your shots on the wrist Live-view device itself.

The price for this convenience, however, is a staggering $149.99 (available here).