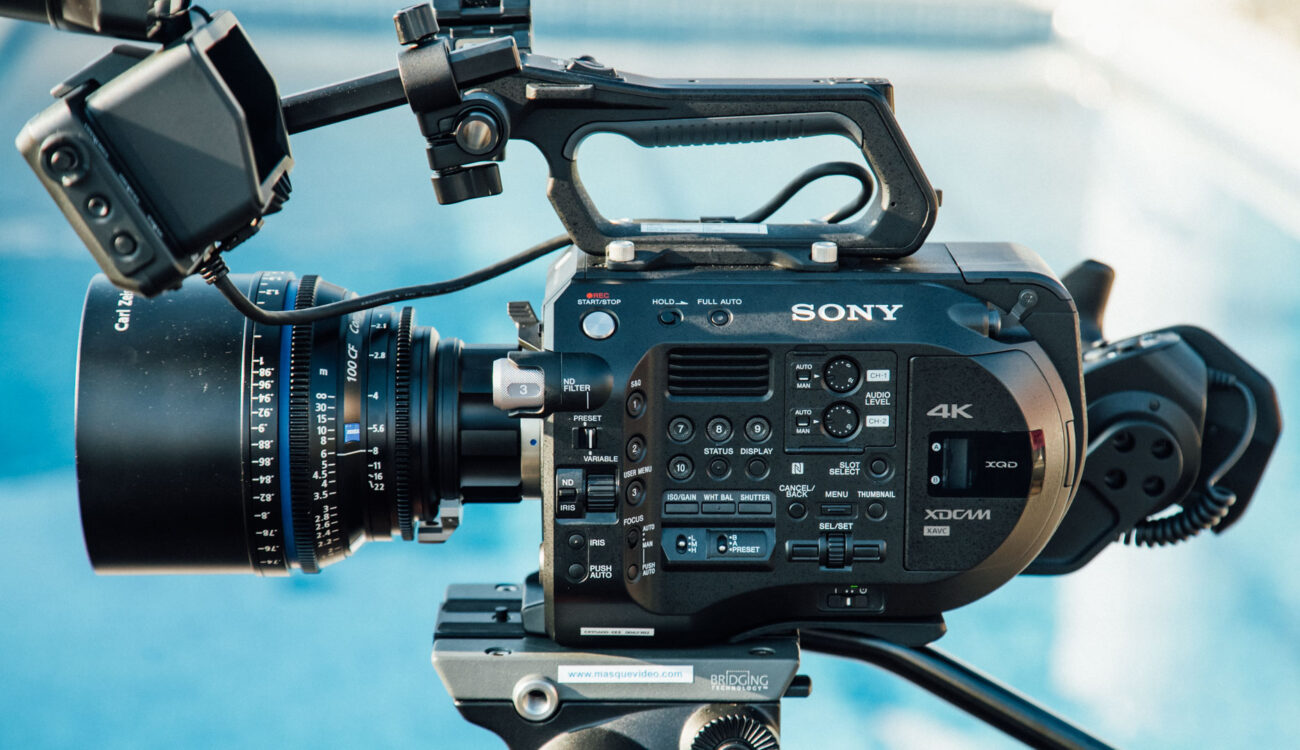 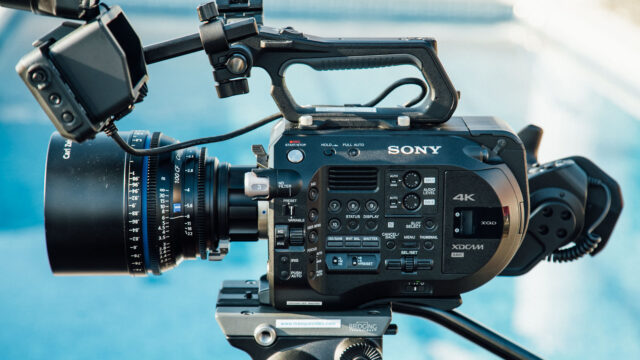 Sony just introduced the new Sony FS7 II as a successor to their flagship single-operator large sensor camera: the successful FS7 (should we call it “Mark 1”?). Recently, I had a chance to have a hands-on with the new Sony FS7 II, and in this article I’ll run you through all the new features. For those who have been expecting something big: I should inform you that the new specs will probably not throw you off your seat.

The introduction of the original Sony FS7 was a huge event. With the launch of this camera 2 years ago, large sensor shooters received an amazing tool that was ready for a variety of 4K productions at a competitive price, a position it has held until this day. The Sony FS7 II was going to mark the next step in the evolution of the successful FS7 line – or so it seemed.

After being introduced to the new features, we had half a day with the new camera and, during my FS7 II hands-on, it quickly became clear that this is more of an “update” rather than an entirely new camera. If your expectations are low, you will probably enjoy the new features, but if you thought you’d see a rival to the Canon C300 mark II, you are likely to be disappointed. 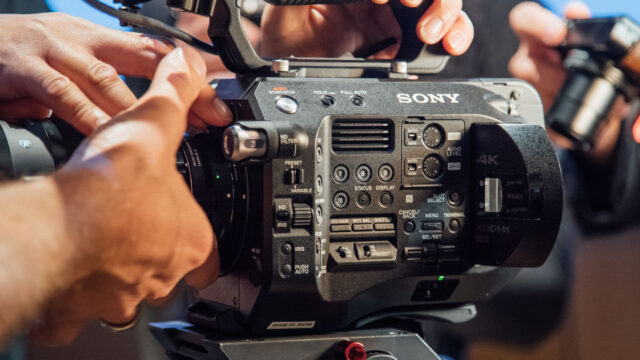 The Sony FS7 II Has an Electronic Vari ND Filter

Sony first introduced the electronic Vari ND Filter technology on their X180 and X160 cameras in 2015, but the feature received more attention when it was implemented in the Sony FS5 as besides the added convenience, it also made stepless adjustment of ND filtration possible.

The new filter is an LCD layer placed between the sensor and the lens-mount. The strength of the filter can be assigned to presets or dialled in via the “Variable” wheel on the side of the camera. This allows you to keep the same aesthetics while changing the amount of light that hits the sensor during a scene (see a sample of the technology here). 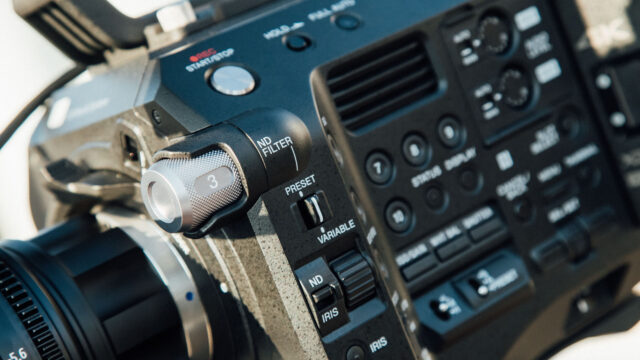 It’s certainly nice to see the electronic Vari ND filter added to the Sony FS7 II. Users report they find this feature handy and adds to the ergonomics of the camera. In my opinion, this is not a “must have”, but a useful update indeed.

E-Mount is a great lens mount. Its sensor distance makes it possible to use a variety of third party lenses via adapters, and it is so popular that almost all lens manufacturers produce specifically for this kind of mount by now. What is not so great about it, however, is that it was made for stills photography lenses, and thus lacks stability and a rotation-less locking mechanism. Sony addressed both issues with the new E-Mount Lever Lock. 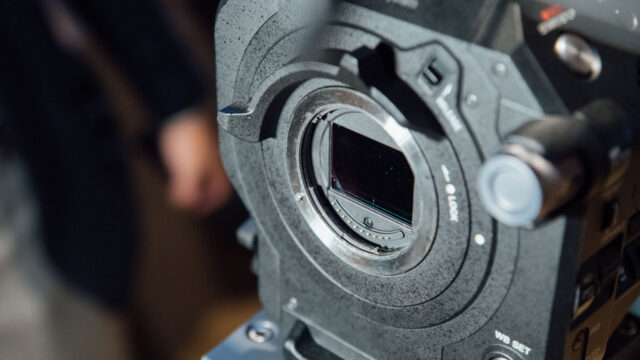 The innovation about the E-Mount Lever Lock mechanism makes it very similar to the PL mount system used in cinema productions: instead of turning the lens you now turn the collar. This helps lock lenses more tightly and is ideal for large camera setups such as when you have a matte box and follow focus setup, as you don’t need to twist the lens.

This mount is ideal for cinema, large lens setups and also when the camera is on a tripod. For everyone else — and I assume this will be 90% of FS7 II handheld users — this new mount will probably be a huge problem. It’s nice that we don’t have to twist the lens, but twisting the lens mount and pressing the lock release, while holding the lens is an almost impossible task to perform for any single-operator shooter. 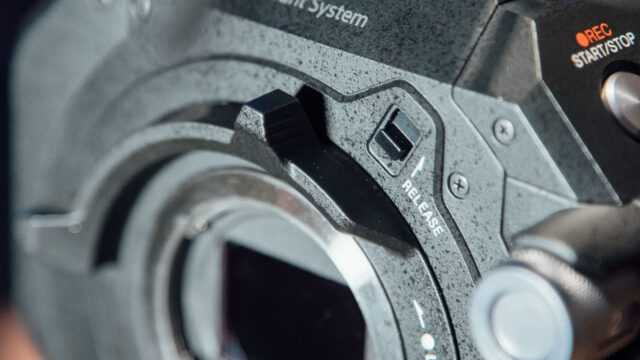 Yes, there is innovation here and I applaud Sony for introducing this system, but as you will need an assistant to conveniently use this mount, most people will probably not find this update so welcome. The way I see it, this camera is targeted at single operators, broadcasters and handheld shooters and will rarely be used in environments where this mount will make a positive difference.

Sony FS7 II, What Else Ya Got?

These two are the biggest updates of the Sony FS7 II in comparison to the Sony FS7 Mark 1. Internally, the camera is 99% the same machine. They’ve only added a color space option (BT.2020) that we’re likely to see on the FS7 Mark 1 via firmware soon. Besides that, we have the same super35 sensor, 4K DCI resolution at up to 60fps, the same internal slow motion in HD up to 180fps, XAVC-I codec, etc… 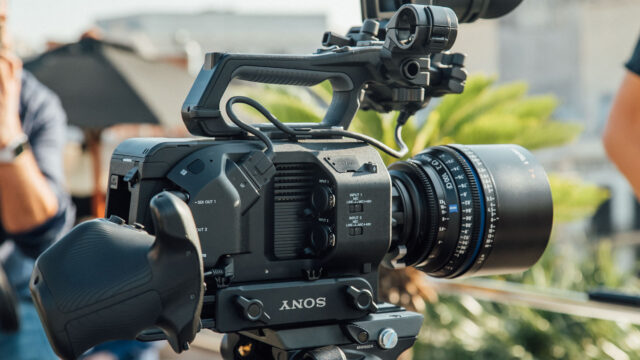 Externally, there are a few more tweaks Sony added to the new Sony FS7 II:

We now have a power LED next to the on/off switch.
So you can see wether the camera is turned on.

There’s now a thumb screw on the grip arm extension.
The Mark 1 required a screwdriver there.

10 assignable user buttons.
The Mark 1 only had 6.

The XQD cards now stick out 4.3mm more than on the FS7 mark 1.
This means you can now grab them easier.

Improvements to the big viewfinder loupe.
One of the two flimsy loupe attachments has been removed. They also added a nice foldable sunhood as an alternative to the loupe when using the LCD in sunlight.

The LCD attachment was improved.
They’ve replaced the round rod with a square one, so the LCD doesn’t tilt so easily. Unfortunately, the rod is still too short for proper shoulder work with the big loupe. 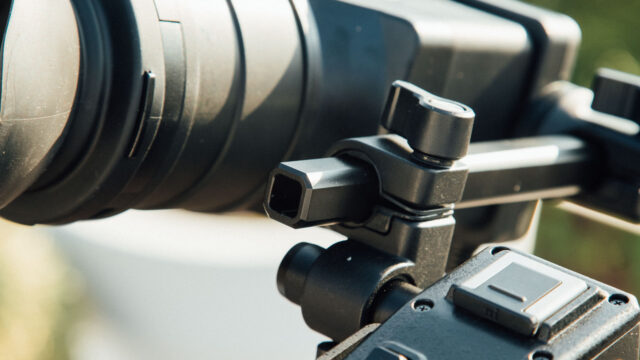 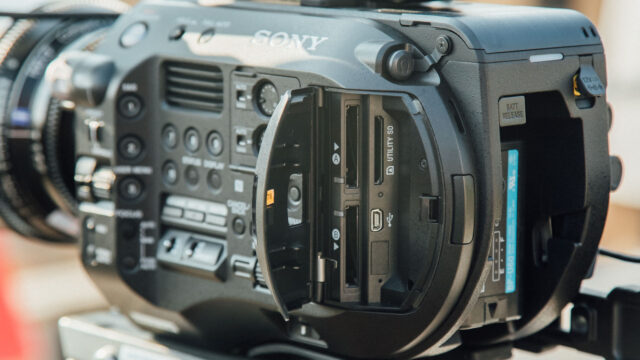 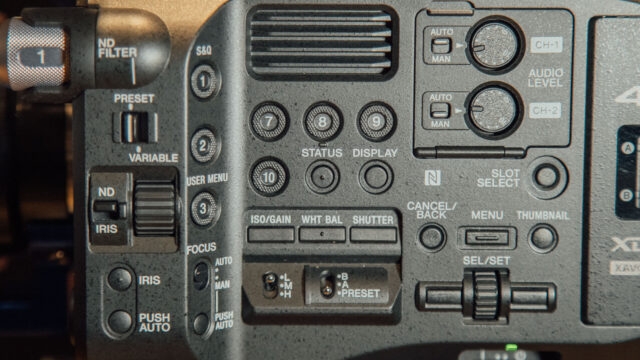 Why Should You Get the Sony FS7 II?

At the time of its release, the new Sony FS7 II will retail for $10,000 (body only). In comparison to the Sony FS7 Mark 1, that will be a $1,500 step up in price. If you are surprised about the lack of innovation and improvements to the Sony FS7 II, you are certainly not alone. For most other people who attended this Sony FS7 II hands-on session this was one of the more puzzling moves Sony has pulled off.

While it is frankly rather underwhelming as a camera release, I am sure there are users who are looking to buy a camera that will give them the best options. If you are one of those, at the end of the day the decision probably comes down to wether or not you should go for the camera with the E-mount Lever Lock (FS7 II), or the normal E-mount. I personally would go for the Mark 1, just because I think the Lever Lock is a big potential problem for my work as a single operator with this camera.

Another reason to go for the Sony FS7 II would be the new Sony E PZ 18-110mm f/4 optional kit lens. This lens was introduced in September, and as the successor to the 28-135mm, it is the ideal choice for FS7 users. In the bundle, the lens is $500 cheaper than when bought separately, saving on its standalone $3,500 price-tag.

I hope you liked our little Sony FS7 II hands-on. If you have any questions or thoughts, let us know in the comments. Is the new Sony FS7 II worth the step up in price? Would you go for the Sony FS7 II or rather the Mark 1?

In behalf of the whole cinema5D team, I would like to thank Sony for inviting us to look at their new camera. One must say that this is a manufacturer who takes user opinion seriously, and we honor that. We hope to see and we are sure to see more innovation on the next camera release.