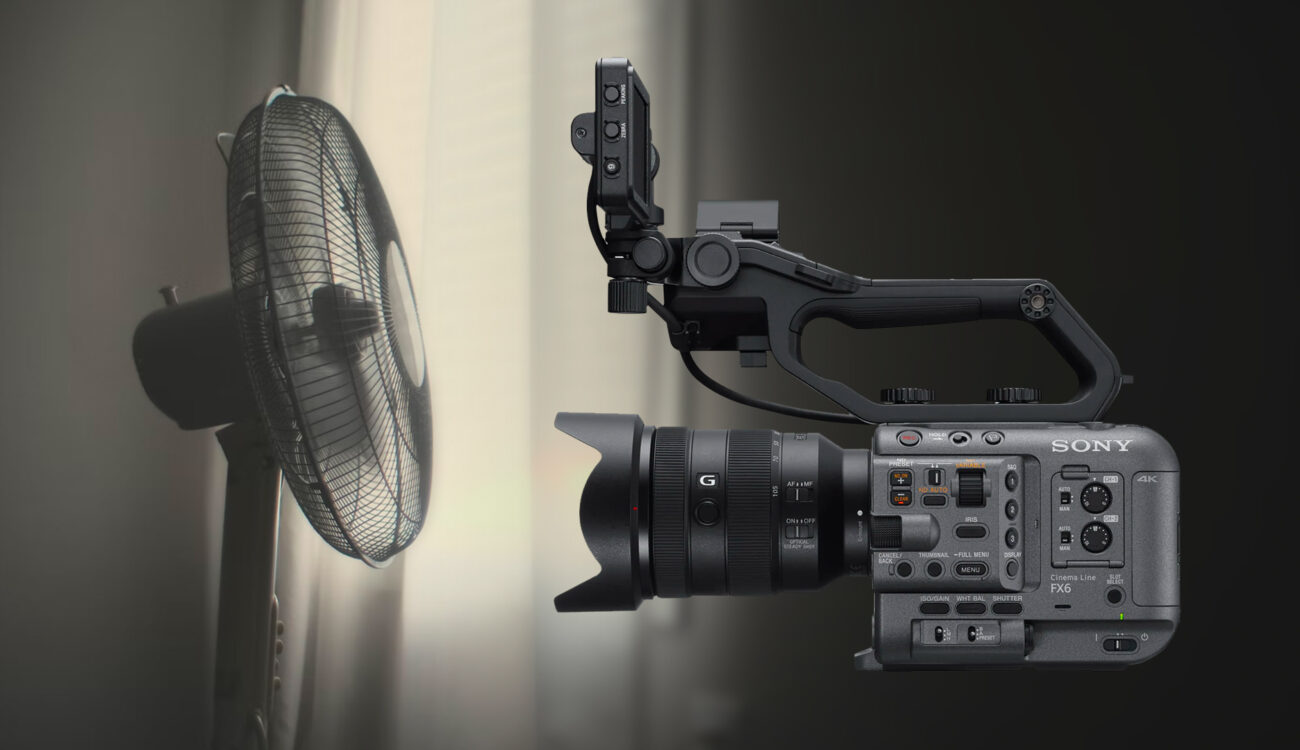 Alister Chapman has recently posted an article on his blog addressing the Sony FX6’s fan noise issue. He explains how air cooling is required to achieve high resolutions and frame rates on modern cameras. He also offers a couple of tips specifically for FX6 users.

Some Sony FX6 users have been complaining about the loudness of their camera’s cooling fans and have been looking for help on forums and online groups.

As a consequence, Alister Chapman, who is well-known for being an expert when it comes to Sony imaging systems, has recently published a blog post addressing the issue. Let’s take a closer look.

According to him, there’s nothing wrong with the behaviour of the camera. Instead, he defines cooling fans as “an unfortunate necessity on modern high resolution cameras”. Indeed, the hunt for higher and higher resolutions and frame rates requires extremely powerful processors that naturally generate heat.

But since the camera’s electronics and sensor need to operate in very precise and constant temperature conditions to achieve optimal image performance, heat dissipation is inevitable. Too much heat would increase sensor noise levels and could even damage some camera components. So we must learn how to deal with fan noise.

Some high-end cinema cameras, such as RED DSMC2 bodies, allow users to control fan speed and settings. Moreover, as 4K and 8K cameras are becoming smaller, it’s interesting to see how cooling fans are starting to appear even on mirrorless-style bodies. For example, the video-centric, Canon EOS R5 C is bulkier than the regular R5 to accommodate a cooling fan.

Sony FX6 fan noise: what can we do about it?

According to Alister, the best way to address this issue is to better understand the camera system we’re holding in our hands. For example, the Sony FX6 offers three different Fan Control modes: Auto, Minimum, and Off in Rec (these can be found under the “Technical > Fan Control” menu).

In particular, the Minimum option constraints the fan to always run at a constant, low level. This prevents it from abruptly kicking in as the camera temperature increases, especially during long takes.

On the other hand, the Off in Rec mode allows users to completely turns off the fan as they press the REC button. This may cause subtle changes in black levels throughout long takes, as Chapman carefully notes, but these shouldn’t be an issue for most shooters. Also, keep in mind that even in the Off in Rec mode, the camera might turn on the fan if the temperature exceeds safety levels.

Have you ever had any issues with your Sony FX6’s fan? Do you think the air cooling system of this camera is too loud? Let us know your thoughts in the comment section below!