Sony has just announced new free firmware updates for their full-frame cameras Sony FX9 and VENICE to come later this year. The FX9 will get new 5K crop framerates with 4K 50/60p internally, it will get Eye AF, 4K 16-bit RAW output (with the extension unit), and the camera’s display will start supporting touchscreen operation. VENICE will get more monitoring options and high frame rate modes. 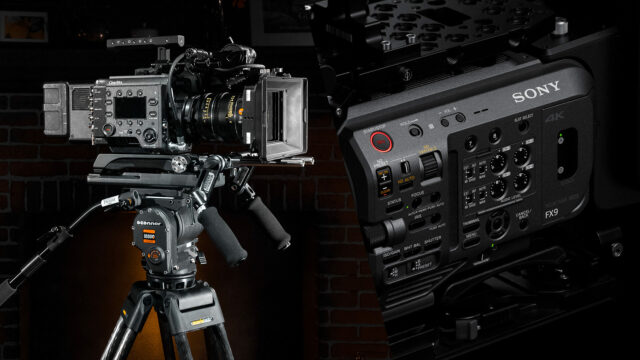 Sony has shared with us some interesting news regarding their full-frame cinema cameras FX9 and VENICE. Both cameras will get new firmware versions later in 2020 that will enhance their functionality – the FX9 version 2.0 firmware comes in October 2020 and the VENICE firmware 6.0 will be available in November 2020. Nino talked about the news with Sebastian Laske from Sony.

Sony FX9 full-frame cinema camera was introduced in 2019 and Sony was promoting the camera as a combination of FS7’s form factor and VENICE color science. We covered the camera in many articles in the past – make sure to check our FX9 Hands-on and Footage article.

When releasing the FX9, Sony also announced the camera will receive important firmware updates in the future that will unlock some features of the camera.

Version 2.0 of FX9 firmware supports 4K 60p/50p recording through oversampling from a 5K cropped area of 6K full-frame sensor. The 5K cropped area will be about 122% larger than the super35 crop mode.

Version 2.0 also enables the output of a 4K 16-bit RAW signal to an external recorder with the optional XDCA-FX9 accessory. This additional bit depth beyond the camera’s internal 10-bit recording is suitable for projects requiring more intensive post-production. 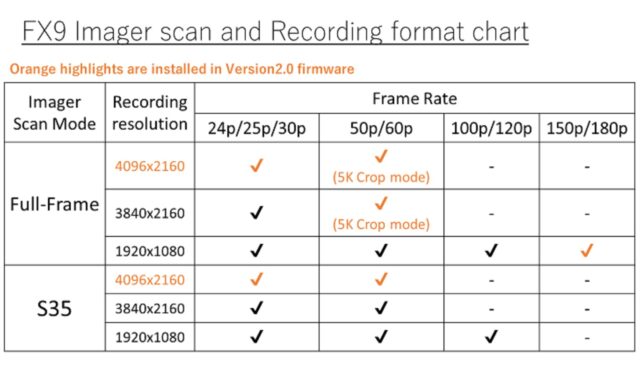 One of the things that stands out about the camera is its autofocus (AF) technology. With firmware 1.0, the FX9 only focuses on faces. FX9 Version 2.0 firmware will also expand the camera’s operability with Eye AF technology (for humans). Eye AF for animals is not planned yet for this camera, it will depend on user feedback.

As Sony announced today, version 2.0 of FX9 firmware is planned to be released in October 2020 and it will be available free of charge.

According to Sony, since its launch in 2017, VENICE has been used to capture more than 200 theatrical, broadcast, cable, and streaming releases. Right at the beginning, Sony did not unlock the full potential of the VENICE, but they introduced a firmware update roadmap for the camera. Regular firmware and hardware updates have been very important for the VENICE. Version 6.0 of VENICE firmware is planned for release in November 2020 and it will also be available free of charge.

Version 6.0 of VENICE firmware will allow the import of Advanced Rendering Transform (.art) files that improve monitoring picture quality and viewing options on-set. These .art files can be generated by the Sony RAW Viewer software, from users’ own 3D LUT files. Additionally, Sony is collaborating with Technicolor and their color scientists to create a new “look library” for the VENICE, which will be available online as a resource for creatives wishing to quickly access some of Technicolor’s premier established looks inspired by their cinematic history.

Additionally, Sony announced a handful of news from the Broadcast and Live Production field. More information can be found on the Sony Professional website.

The PXW-Z450 4K Shoulder Mount Camcorder will be available in a production package (PXW-Z450KC) that will include an 18x zoom 4K lens, viewfinder, and microphone – available August 2020. PXW-Z1901 and PXW-Z280 will support live streaming in early 2021. MSU-3500 and MSU-3000, Master Setup Unit, multi-camera remote control panels for system cameras will be available in summer 2020. PDW-U4 XDCAM Professional Disc Drive Unit will be available in January 2021.

Sony also announced future enhanced support for HDR through SR Live Metadata workflow for some of their cameras like the HDC-series. The PXW-X400 will get a CBKZ-SLHL1 optional software license that will add 1080 60P/50P HDR capability to the model – available from July 2020.

Sony HDR monitors PVM-X2400 (24″) and PVM-X1800 (18.4″) will get a future optional upgrade in March 2021 that will add internal conversion of HDR to SDR and 4K-HD. XVS series production switcher will also get HDR conversion support.

Do you use the Sony FX9 or VENICE for your work? What do you think about the announced firmware updates for these cameras? Let us know in the comment section underneath the article.