Sony has announced a new UWP-D wireless microphone series. This series is not new – as the UWP-D line of products already exists – but more of an upgrade for Sony PXW-Z280 and PXW-Z190 users. 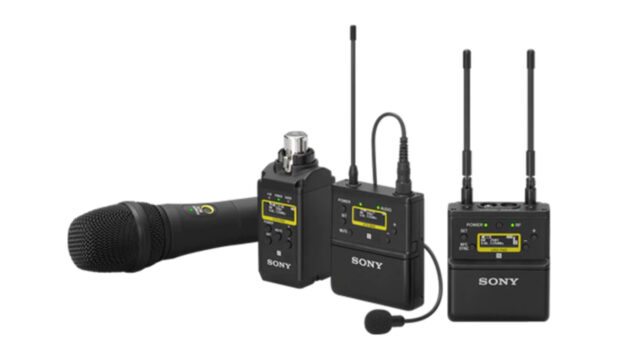 The Sony UWP-D line of wireless microphones is designed to be as straightforward as possible. The UWP-D series uses RF transmission. If you hold the NFC Sync button on the receiver, it will automatically scan for the best possible frequency to avoid interferences. Once the receiver detects the best frequency, you simply put the transmitter on top of the receiver. The transmitter will automatically “follow” the receiver and switch its channel. If you are a solo filmmaker or someone that wants things to work and don’t want to struggle with audio frequencies, the Sony UWP-D could be perfect for you. 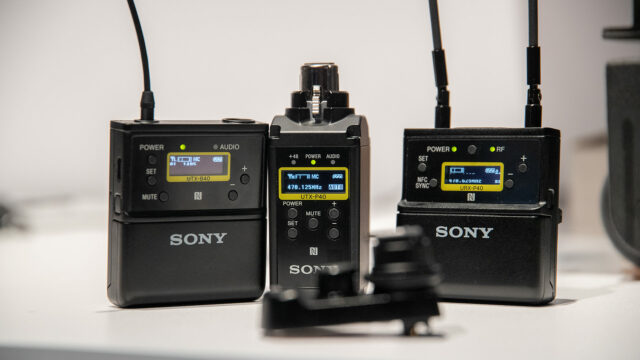 The new Sony UWP-D series of wireless microphones now features a 20% smaller bodypack transmitter, and the length of the receiver is shorter. The shrink in size of the receiver is because this new series of microphones are now compatible with the Multi-Interface Shoe ( MI Shoe ). Indeed, this shoe communication eliminates the need for a cable between the receiver and the camera. The 24-bit audio signal is directly recorded by the camera through the MI Shoe, bypassing the analog/digital conversions.

Sony PXW-Z280 and PXW-Z190 users can display the microphone information (RF levels, audio mute, battery status) directly in the camera. If your camera doesn’t feature an MI Shoe, Sony also released an MI Shoe adaptor, but the mic information will not transmit. Of course, the receiver also features a standard 3.5mm jack output. 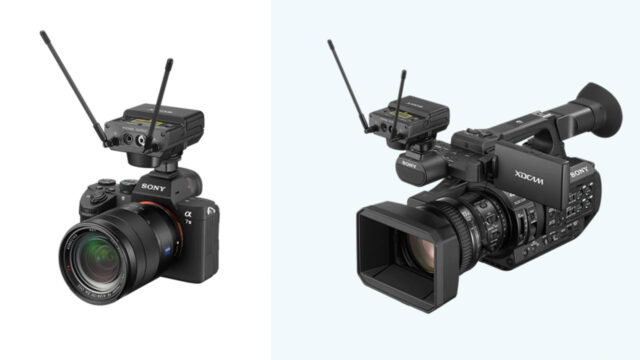 The series consists of three kits and the MI Shoe:

Currently, we have no information from Sony about pricing nor availability.

What do you think of this new UWP-D series of microphones? Do you consider upgrading to the MI Shoe system? Let us know in the comments down below!