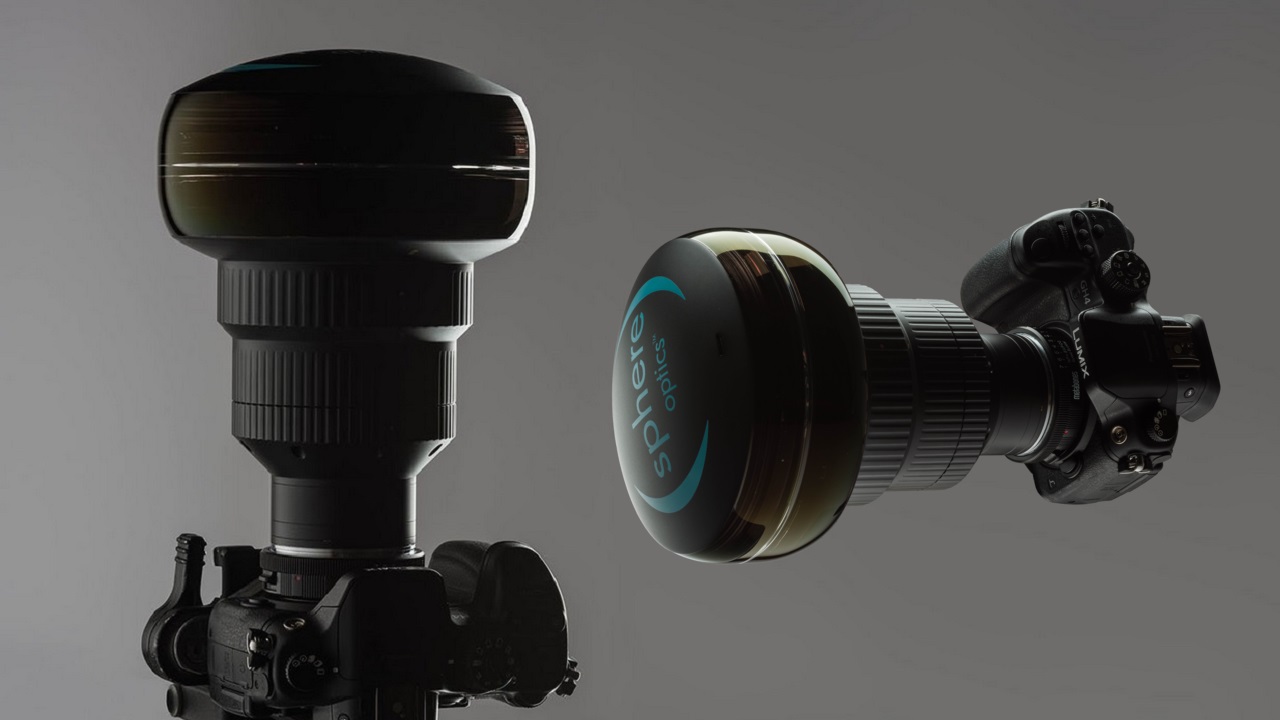 Sphere Pro lens is a new product from Sphereoptics — a young startup from New York. It brings 360 video capability to conventional DSLRs and mirrorless cameras. No stitching is required so converting videos to spherical format is easier and faster. 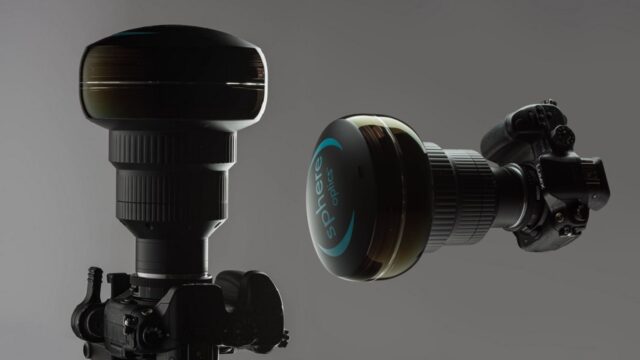 The Sphere Pro lens is intended to be mounted (for best results) or held pointed upwards and it is designed to capture a 360° horizontal and 180° vertical field of view. That makes it one of a kind. It is a 35mm full frame format lens and has a Nikon F mount, but you can mount it to most cameras using an applicable adapter. The aperture is fixed at f/8 and focus is fixed as well (best at 40″/1meter).

From the test video you can see the image quality is not perfect, but for a quick VR experience it is sufficient. This lens gives you the ability to shoot conventional content with your personal camera and then quickly switch lenses and record a spherical video with the same body. If you wanted a better quality image you could mount the lens to a RED Cinema camera and shoot in significantly higher resolution, such as 6K. The image outcome will get better in line with the sensors used, which is an excellent feature of the device.

How does Sphere Pro lens work?

The device uses a special toroidal mirror with a reflective surface and series of optical elements to capture the full sphere of light around the lens into a circle-like image on the camera sensor. The resolution is therefore only dependent on the smallest dimension of the sensor. Converting the video to a spherical shape for VR viewing is easy and fast through pixel mapping. According to the creators, the process is so easy it can be done on your average iOS or Android device.

Sphereoptics is currently developing a sphere lens for the GoPro and for smartphones as well. The smartphone version could be especially interesting in my opinion. They are also working on an app which would make creating and sharing spherical videos a lot easier. Since many smartphones already shoot 4K videos, the quality probably won’t be so bad if the optics are designed well.

Do you think that modifying your existing camera is the best path to shooting 360 video? Or, is it best to just buy a native 360 camera like Samsung Gear VR? Let us know in the comments!