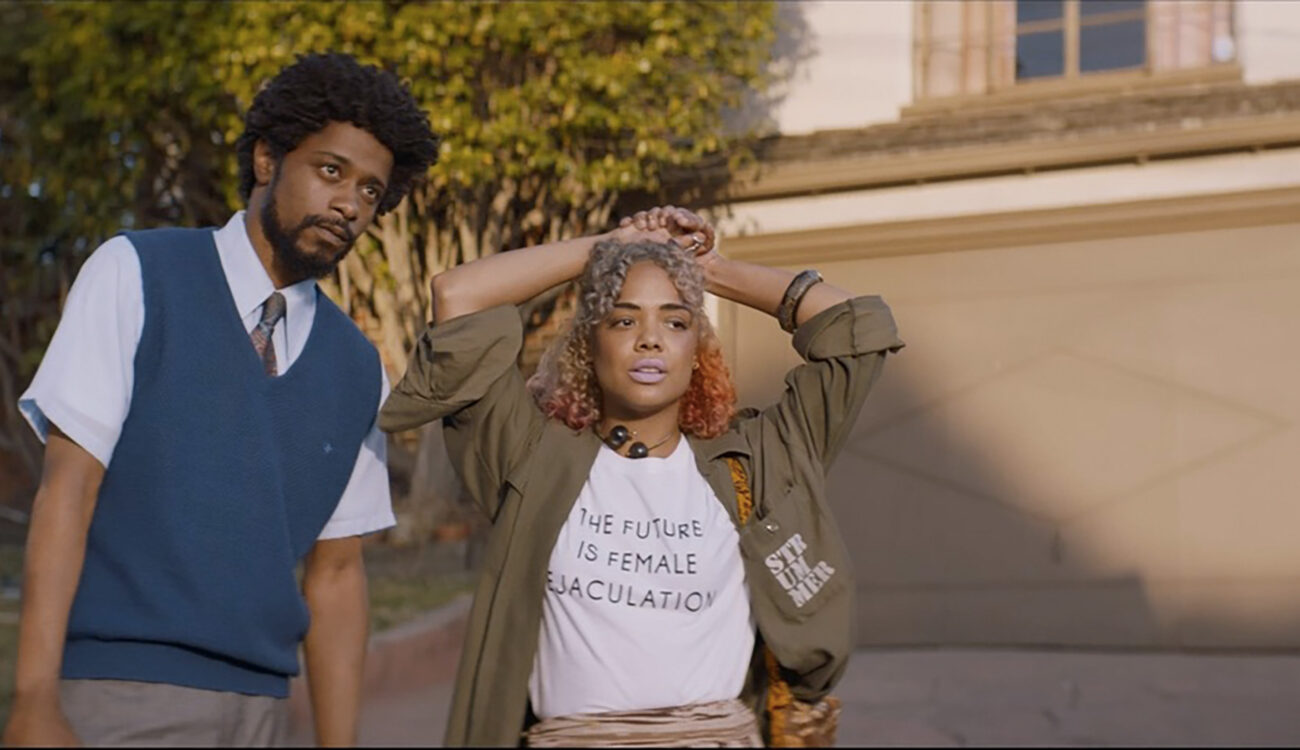 It’s that magical time of year when filmmakers flock to Park City, Utah. We’re giving you a brief on the cinematographers who are showcasing their work at the 2018 Sundance Film Festival – one DP at a time.

Lakeith Stanfield and Tessa Thompson appear in Sorry to Bother You by Boots Riley, an official selection of the U.S. Dramatic Competition at the 2018 Sundance Film Festival. Courtesy of Sundance Institute.

DE: We knew shooting anamorphic on a 4:3 sensor was the best way to go, and I don’t think there’s a better digital cinema camera out there.

DE:  Cooke Anamorphic. We wanted a fast, modern anamorphic lens with subtle curvature distortions – something not too clean but not super flare-y either.

cinema5D: What was a piece of gear that was really pivotal for you on this production?

DE:  Using the ARRI Skypanels and wireless DMX control sped things up and allowed us to be creative on a tight budget and schedule. Same can be said for the RGB Litegear Lite Ribbon.cinema5D: Any go-to glass filtration in your kit?

Lakeith Stanfield appears in Sorry to Bother You by Boots Riley, an official selection of the U.S. Dramatic Competition at the 2018 Sundance Film Festival. Courtesy of Sundance Institute | photo by Doug Emmett.

DE:  We let the location and the mood of the scene dictate our approach to lighting. We were lighting with bold colors and with strong contrast, but we didn’t want the cinematography to distract from the characters. That being said, we wanted a stylized visual. Bouncing sunlight with mirrors, white cloth and foam core lent a more natural look for interior and exterior day scenes. For night scenes – such as apartment and bar interiors – colors were chosen with tone in mind, helping support the narrative. The film is dark, with many scenes intentionally lit so that you can’t always see the actor’s eyes or half their face. We felt that the added noise and contrast sometimes rendered an “imperfect” look, and that appealed to us.

DE:  The locations didn’t present too many challenges other than the typical issues you encounter: large loft windows and a quickly moving sun, etc. We tried to use the available daylight when possible. 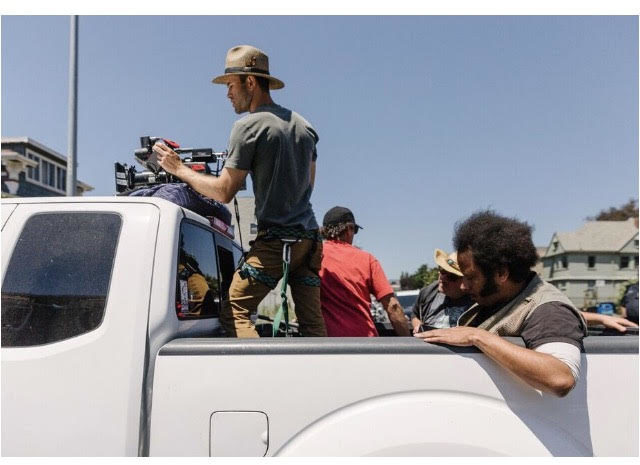 cinema5D: Anything new for you on this shoot? Anything perhaps surprising?

DE: Pushing the color saturation and the contrast was a new experience for me as a DP, as many of my films have had a more naturally-lit aesthetic. Not to say the lighting isn’t natural – there are plenty of locations in Oakland, CA that inspired the colorful palette of our film. I found the artist community and crew in Oakland to be such a kind, passionate, and supportive group of individuals. The city’s art and culture really inspired the cinematography choices we made.

Doug Emmet is known for his work as the director of photography on the Duplass Brothers’ Room 104, The Edge of Seventeen, The One I Love, and The Bachelorette. Emmet originally hails from the East Coast and is a graduate of NYU’s Tisch School of the Arts. He is a Union Local 600 cinematographer and a member of the Directors Guild of America.