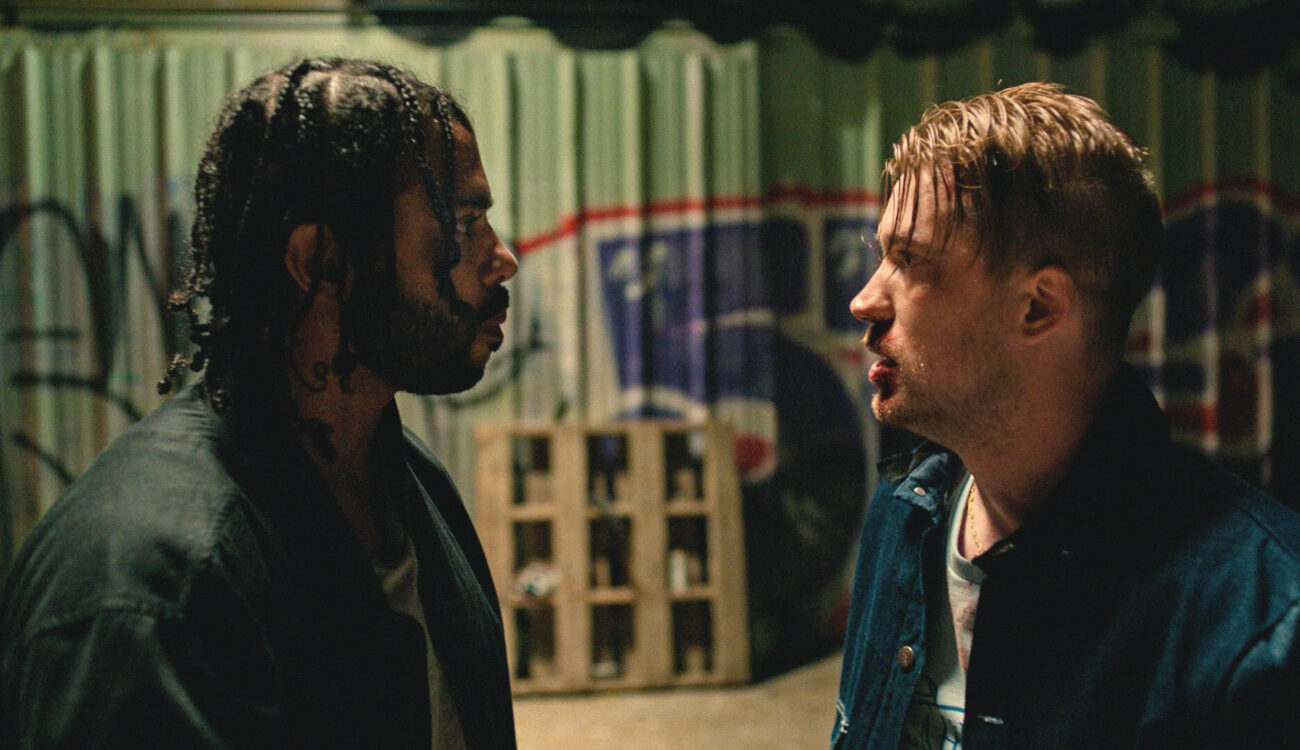 It’s that magical time of year when filmmakers flock to Park City, Utah. We’re giving you a brief on the cinematographers who are showcasing their work at the 2018 Sundance Film Festival – one DP at a time. Robby Baumgartner’s latest work can be seen in this year’s festival opener: Blindspotting.

Robby Baumgartner‘s career spans 29 years in the business, in which time he earned a reputation as one of the best gaffers in Hollywood, lighting films for Rodrigo Prieto, Chris Menges, Robert Elswit, Dante Spinotti, Darius Khondji, Janusz Kaminski, and Emmanuel Lubezki.  Baumgartner joined the ICG in 2009 as a DP. He operated on films such as Water for Elephants and  The Hunger Games. He was the 2nd Unit DP for both of those films as well as several others, including Argo and Alexander and the Terrible, Horrible, No Good Very Bad Day.  He was the Chief Lighting Technician on There Will Be Blood, and has numerous other credits that may give you career envy. Seriously, check out this guy’s IMDB.

RB: I prefer the look and quality of image. Every project is unique, and the tools I use do vary, but most often if I have my choice. ARRI Alexa, XTS, Mini, and Alexa 65 are the cameras I look at first and usually prefer to use.

RB: We got all of our equipment from Panavision Woodland Hills. Lori Killam, my rep over there, has always taken care of me, and she put me in touch with the lens master Dan Sasaki. During prep, I tested various lenses and decided to go with Detuned 35mm Spherical Primos. We had originally been thinking about anamorphic lenses, but when we decided the best aspect ratio for the film would be 1:85, I encouraged my director, Carlos Estrada Lopez, that we should consider going spherical instead. With that set, I went about testing various lenses and found the look of the de-tuned Primos was right for the project.

cinema5D: Any new tech or tools for you on this shoot? Did they help or hinder your workflow?

RB: For the first time I had a full-time MoVi Pro gimbal set up and a full time MoVi/tech camera operator, so that was new for me. We kept the Mini built on it most of the time, and it helped enormously with camera movement and time management.

My Gaffer, Kiva Knight, had a lot of LED light sources: Arri Skypanels, Light Gear Light Mats, and LED ribbon. It has taken me awhile to come around to LED, because back when I was a gaffer and LED first came on the market, they had terrible color rendition and were not an acceptable source to light talent, so I only used them for background. These last few years, LED lighting has really come of age, and now I wouldn’t want to shoot a film without using them.

cinema5D: Apart from the camera package, what was a key asset for you on Blindspotting?

29 years of experience had to be brought to bare in order to squeeze a 100-page script into 22 days of shooting! It was definitely a major challenge, but I had a blast doing it, and it seems like it turned out pretty sweet. We are in the US Dramatic Competition here at Sundance, and for me, that is a win any day of the week! I’m incredibly proud to have had the opportunity to shoot this. This is the 3rd film I’ve shot with Snoot Films. The owners and producers Keith Calder and Jess Wu have been so good to me, and I always love to be a part of their team.

RB: Besides the usual ND’s and Polas, I did have a set Tiffen low cons and a set of Black Pro Mist. I don’t believe I ever used the low cons, but once or twice I used the light Black Pro Mist on a close up. Overall, I didn’t use much filtration. 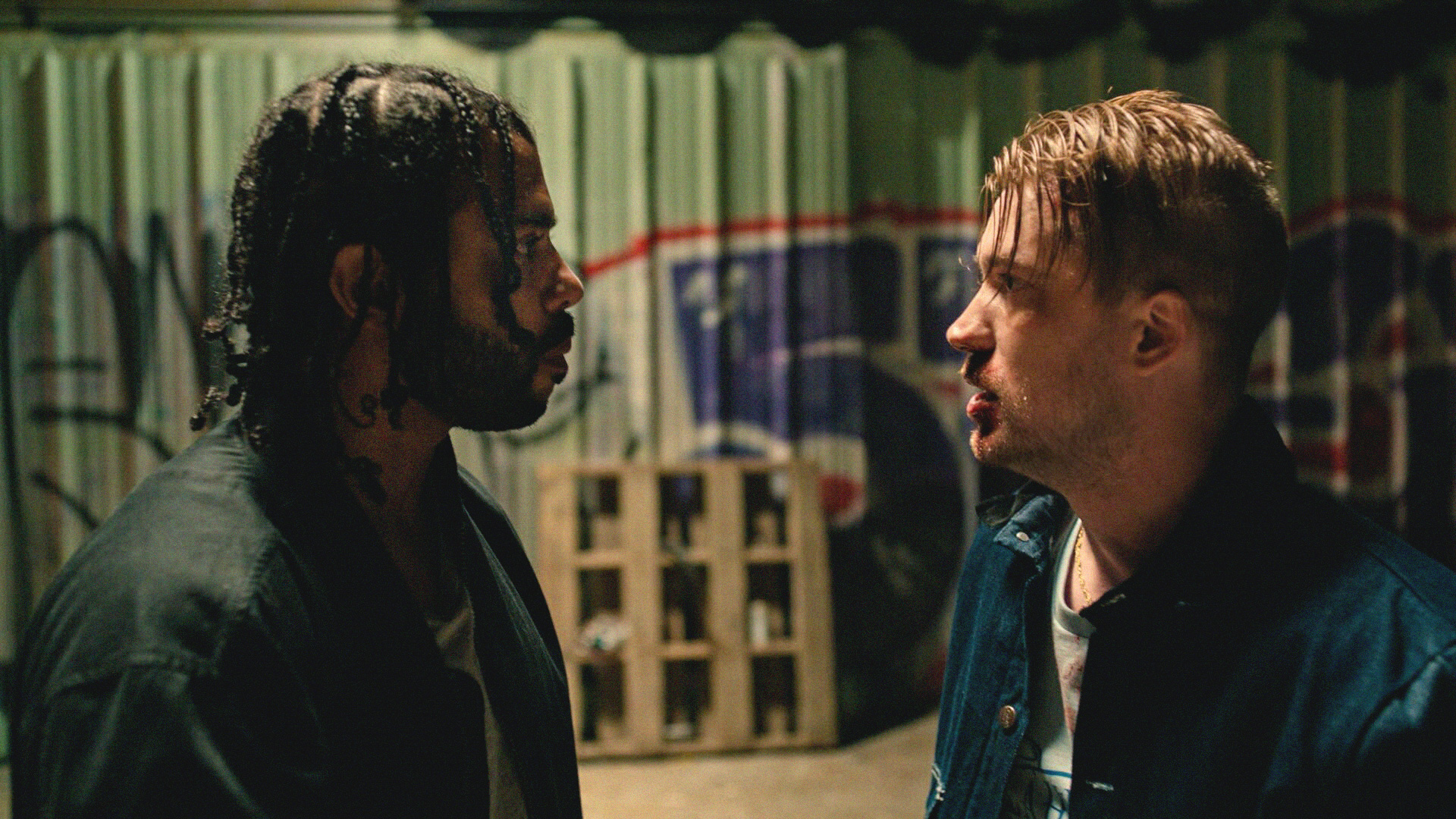 Daveed Diggs and Rafael Casal appear in Blindspotting by Carlos López Estrada, an official selection of the U.S. Dramatic Competition at the 2018 Sundance Film Festival. Courtesy of Sundance Institute.

cinema5D: Any particular challenges?
My Key Grip, Steve Forbes, introduced me to a new piece gear I was unaware of: CineMoves Black Arm. We had very tricky car work to shoot – actually a 5-ton truck that both Daveed Diggs and Rafael Casal had to learn how drive, and I had figure out how to shoot. No process trailer, no Camera car, no money for a buck! So the Black Arm was used in conjunction with the MoVi Pro/ Alexa Mini.

Steve rigged the speed rail and mounted the whole thing on this huge truck, and then actors had to practically drive around Oakland while we followed behind in a van. Reid remotely operated the camera, and I monitored the ever changing exposure with a Preston Single channel wireless remote control system.

RB: When I first read the script, I thought the look was going to be a down and dirty, hand-held urban drama. Fruitvale Station came to mind, amongst other films.

Carlos, Daveed, and Rafael (they wrote the script, acted, and produced Blindspotting) cleared that up pretty quickly and said they saw this as a more stylized film. Their references were Do the Right Thing, Pulp Fiction, and Snatch, all films I love, but I had to remind them that all of those films were working with much bigger budgets.

Time was a huge concern for me because 22 days doesn’t give you a whole lot of it! So we broke the film down and chose where we needed to spend more time on stylized setups… and when we would shoot more run and gun.

I’m super happy with the results, blending the looks turned out to follow the story arc in a beautiful way. My craft is not just about shooting striking images that I can post on Instagram. It’s to take a story that started on a page that is then channelled through the actor’s performance and the director’s vision and get it up on a screen so people can watch it. The daily workload of a DP does take up a big part of the shooting day, so the choices I make have to be balanced, depending on the budget and the amount of pages that need to completed.

If I squander, miscalculate, or shoot for my reel and not the story, I’m doing the film a huge disservice. I have to be fast and give the director and actors the maximum amount of time and the space to perform. My primary focus is to serve the story. It’s a constant symphony of moving parts: not one craft and not one person’s art can make a good film. It’s what we all do together that matters. In the end, the only thing that matters is whether you’ve made a good film. A great-looking shitty film is just a shitty film. It’s a dance that I absolutely adore.