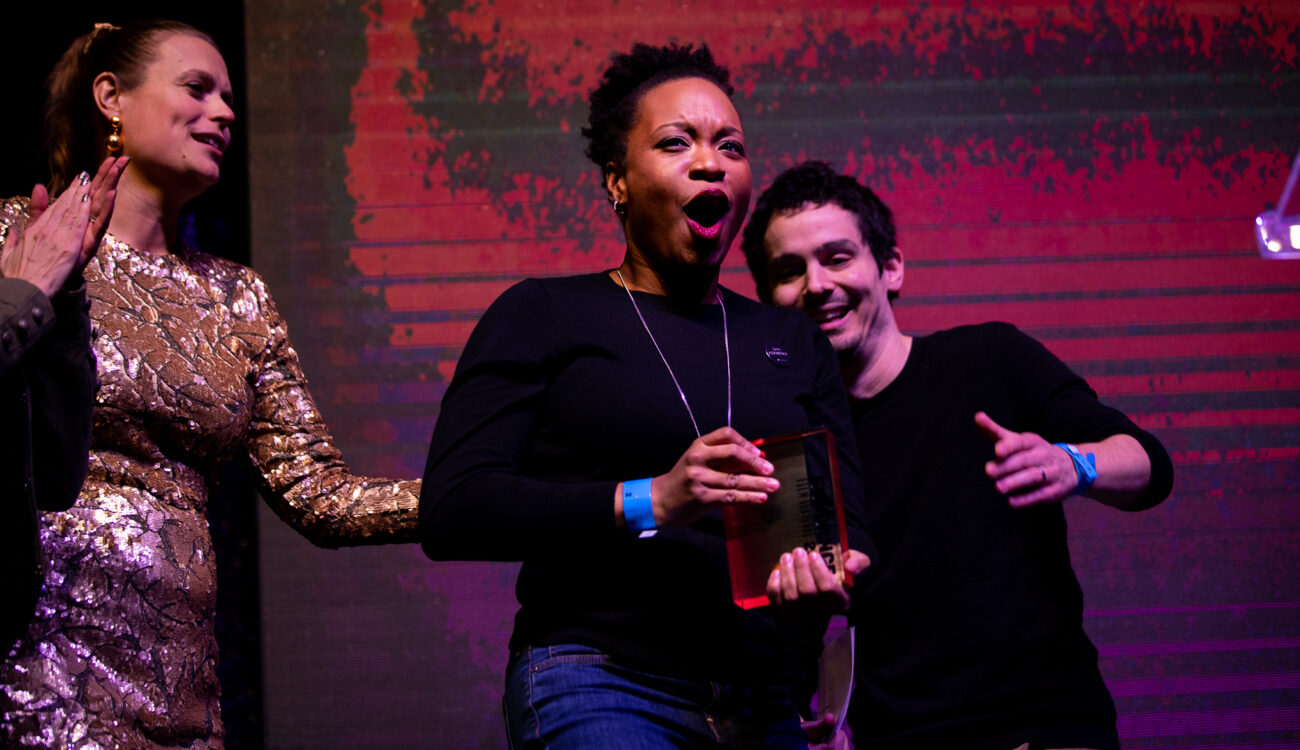 As is the case every year, the second Saturday of the Sundance Film Festival ended in a highly anticipated awards ceremony.  With acquisitions and career futures on the line, the stakes don’t get much higher.  Yet, in the spirit of the Sundance Institute, the atmosphere of the festivities is far from competitive.  Undoubtedly, many leave disappointed, but getting into Sundance is in itself an achievement, which sources a current of deep and mutual respect among the filmmakers.  Whether an audience, or a jury for that matter, responds to  a film is entirely subjective  and out of the filmmaker’s control, so why not support one another?   Therefore in that same spirit of Sundance, we invite you to celebrate those that took home awards for their work…and those who didn’t. 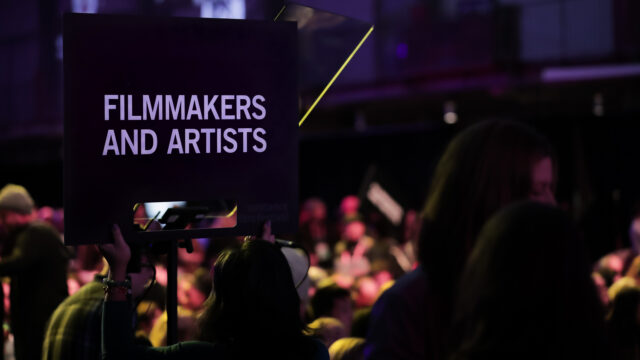 The only true guarantee in the awards for each category are the Audience Award, the Grand Jury Prize (essentially Best Picture), and the Best Direction Prize, (or in the case of NEXT, the Innovator Award).  The audiences at Sundance are given ballots as they enter a theatre to rank a film “Fair, Good, Better, or Best” upon leaving. Any other “Special Grand Jury” awards are at the discretion of the jury.  If they find a film has a quality worth celebrating, they create an award to honor the filmmaker responsible.  Here’s how the night panned out. 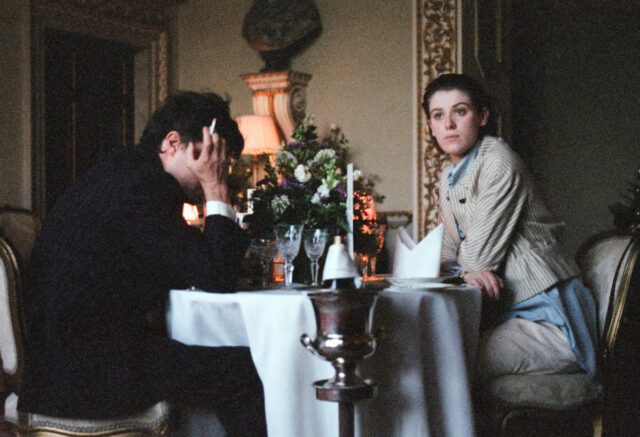 Tom Burke and Honor Swinton Byrne appear in The Souvenir by Joanna Hogg. Courtesy of Sundance Institute | photo by Agatha A. Nitecka. 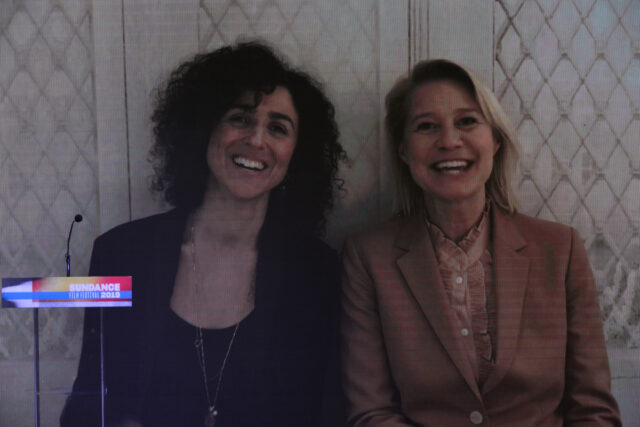 Director May el-Toukhy and actor Trine Dyrhom accept the World Cinema Dramatic Audience Award for Queen of Hearts by May el-Toukhy. The two had already left Park City to show their film at another festival but sent a video acceptance speech. Photo Courtesy of Sundance Institute | photo by Jemal Countess. 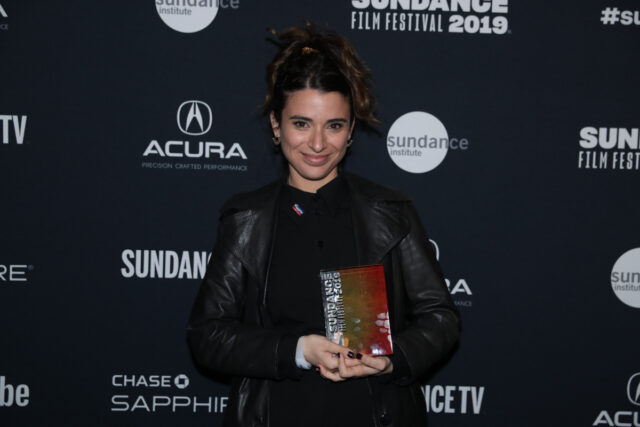 Director Lucía Garibaldi accepts the award for the World Cinema Dramatic Award for Directing for The Sharks. Courtesy of Sundance Institute | photo by Jemal Countess. 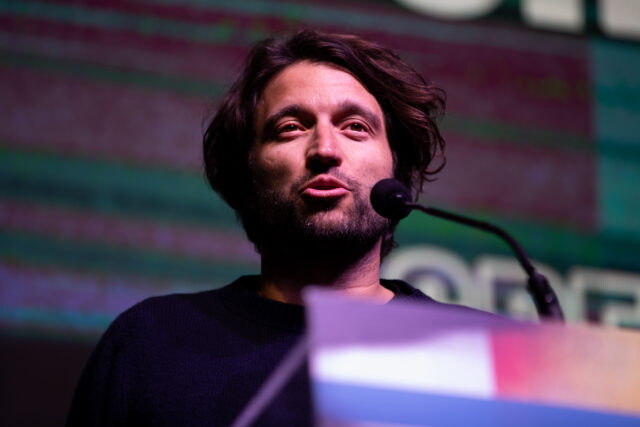 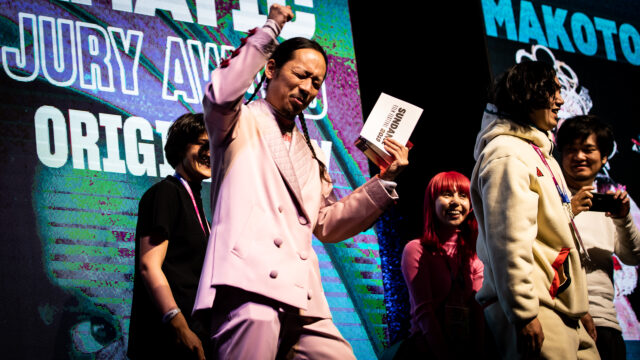 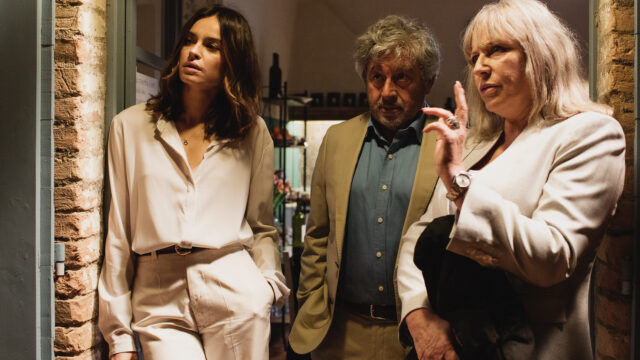 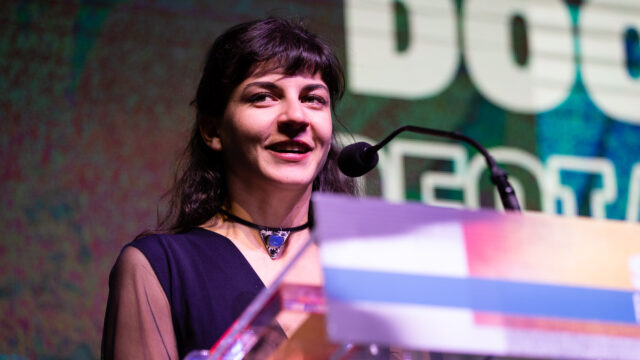 Tamara Kotevska, one half of the directing team of Honeyland. photo by Graham Ehlers Sheldon 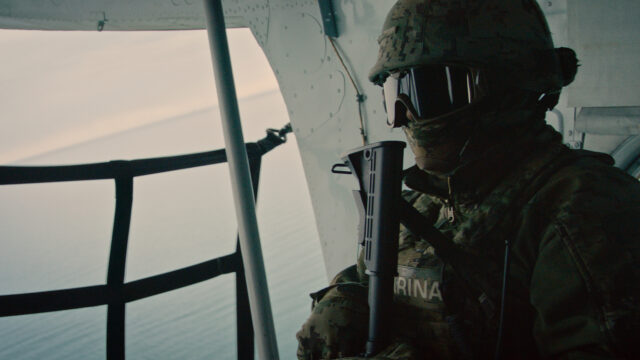 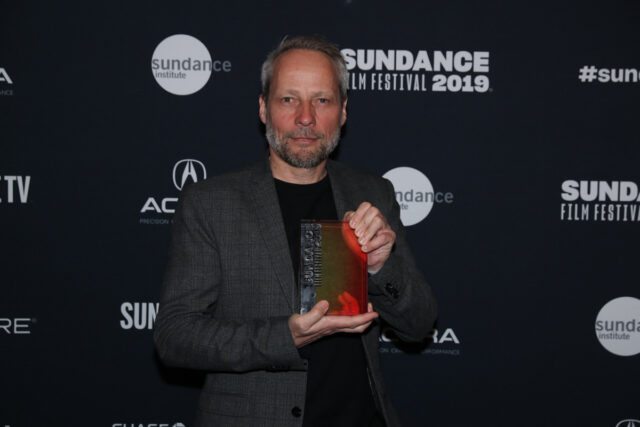 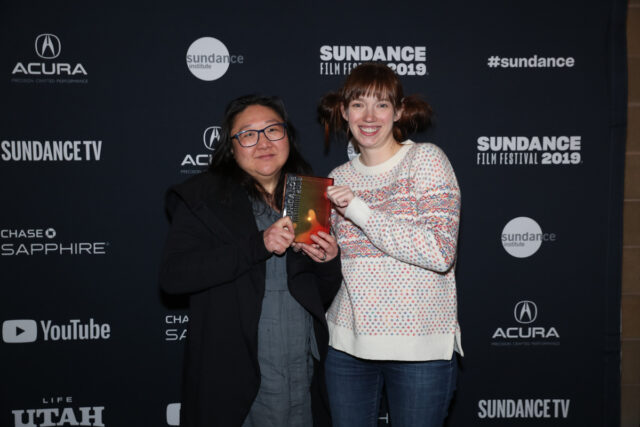 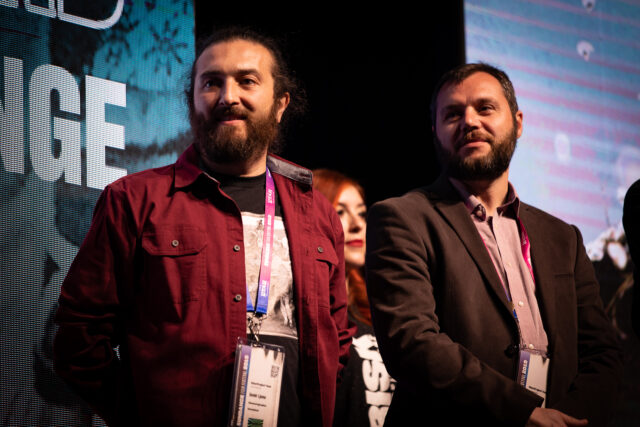 Fejmi Daut and Samir Ljuma, the Macedonian cinematography duo for Honeyland. Feimi Daut was stung several times during filming. Samir was stung only once. 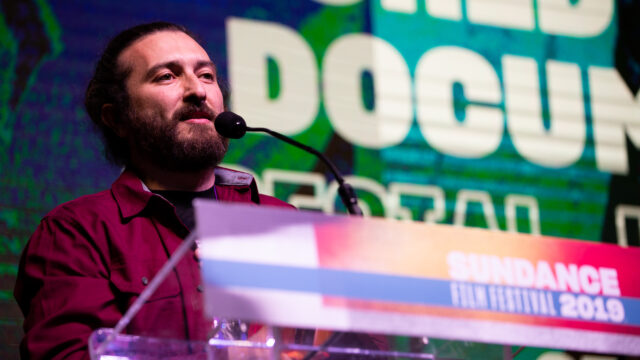 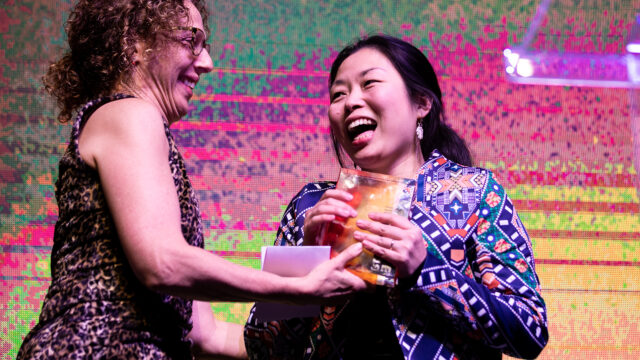 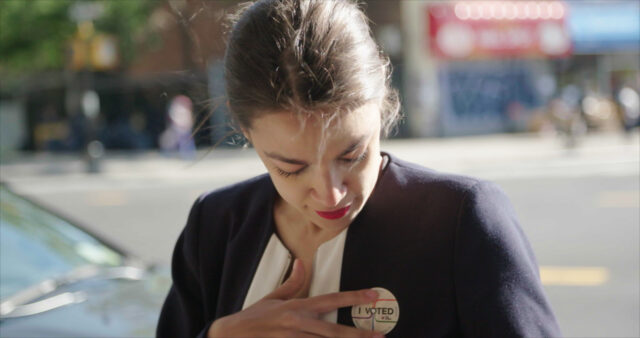 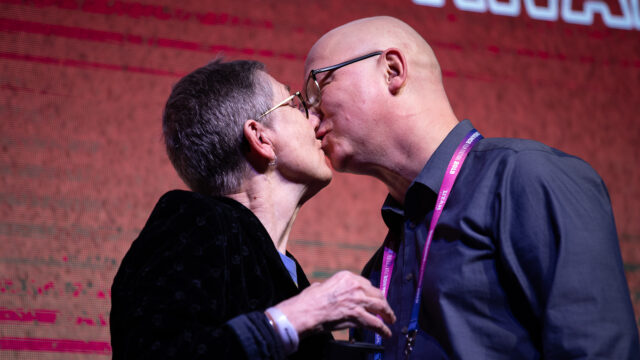 Directors Bognar and Reichert share a kiss on the Sundance Stage after winning the Best Direction Award in their category.  photo by Rin Ehlers Sheldon 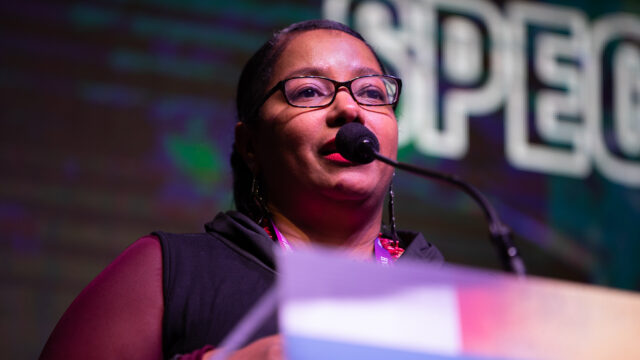 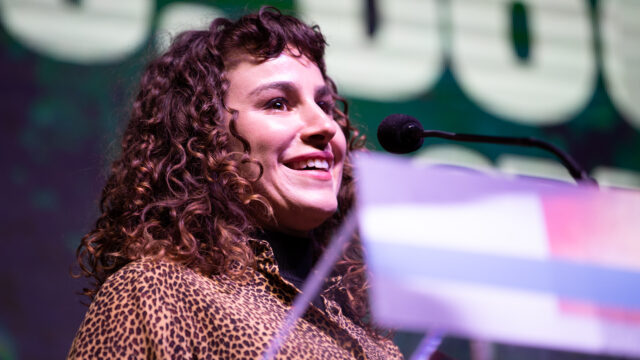 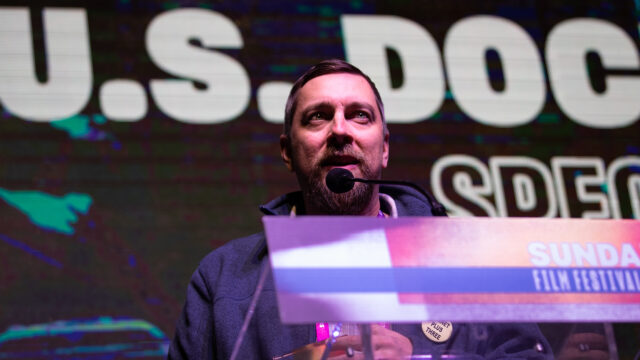 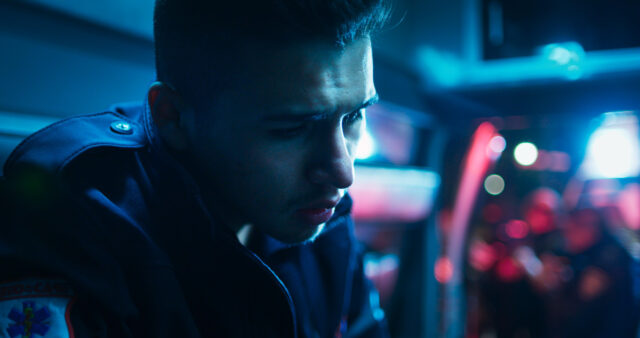 Luke Lorentzen is also the director of Midnight Family. Still Courtesy of the Sundance Institute. Image by Luke Lorentzen

NEXT: The Infiltrators swept both the Innovator and the Audience Award. 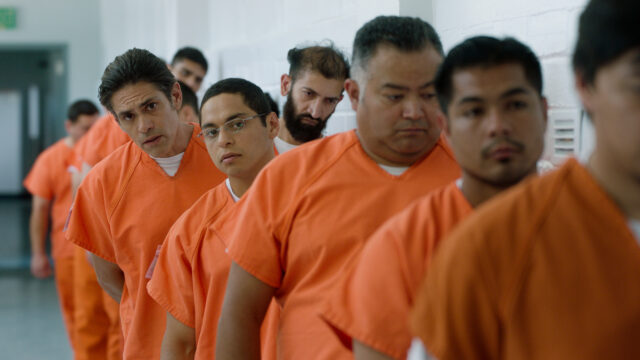 Maynor Alvarado and Manuel Uriza appear in The Infiltrators by Cristina Ibarra and Alex Rivera. Courtesy of Sundance Institute | photo by Lisa Rinzler. 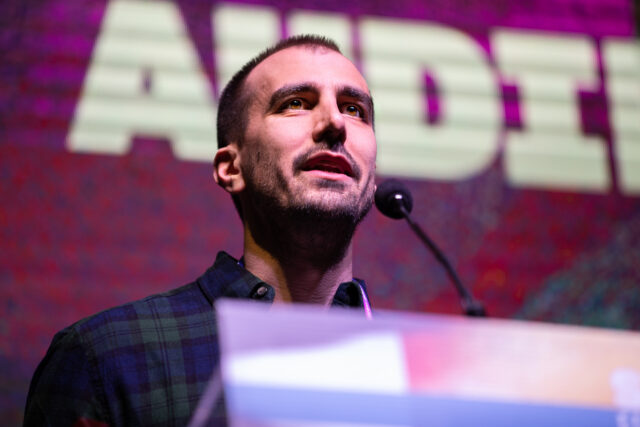 Director of the comedy Brittany Runs A Marathon, Paul Down Colaizzo. photo by Rin Ehlers Sheldon 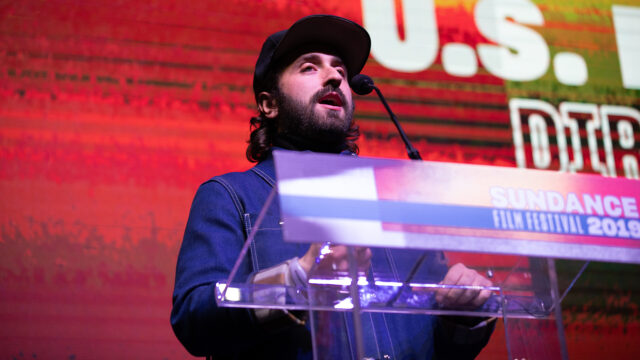 Joe Talbot dedicates his award to his life-long best friend, collaborator Jimmie Falls and to “all of the people trying to stay in San Francisco.” 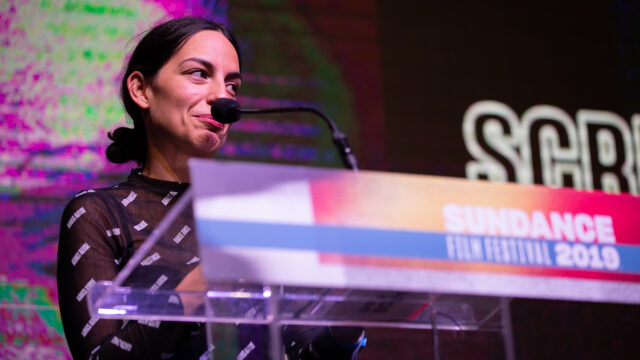 Pippa Bianco accepts the coveted Screenwriting Award for ,Share, which she also directed. 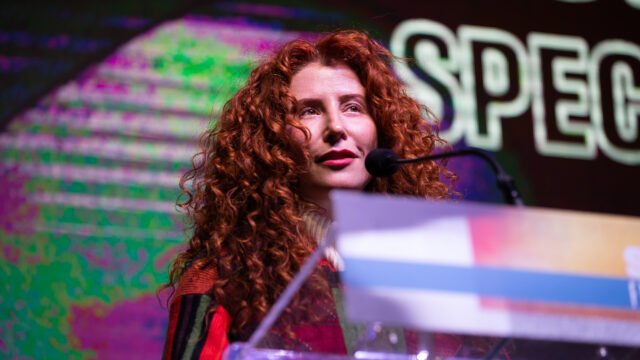 Alma directed Shia LeBeouf’s script based on his real life experiences with his father and rehabilitation. 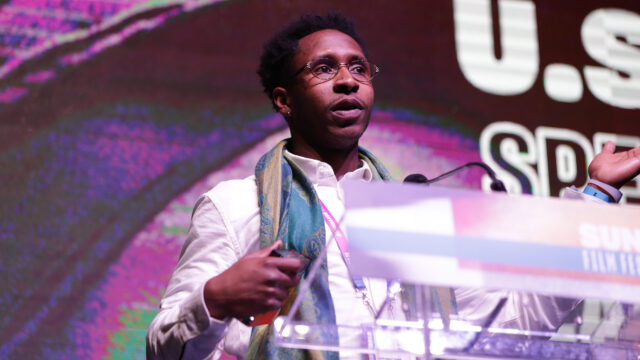 U.S. Dramatic Special Jury Award for Achievement in Acting: Rhianne Barreto, Share. (Acquired by HBO Films in association with A24.) 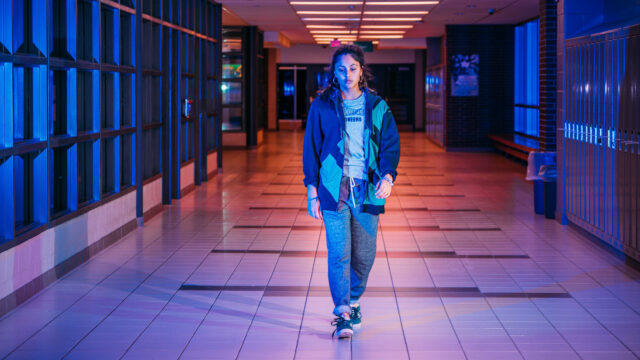 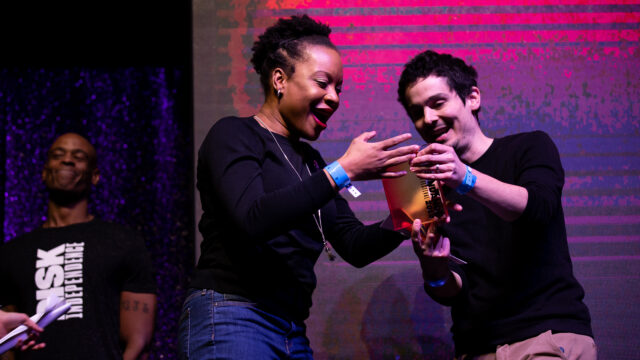