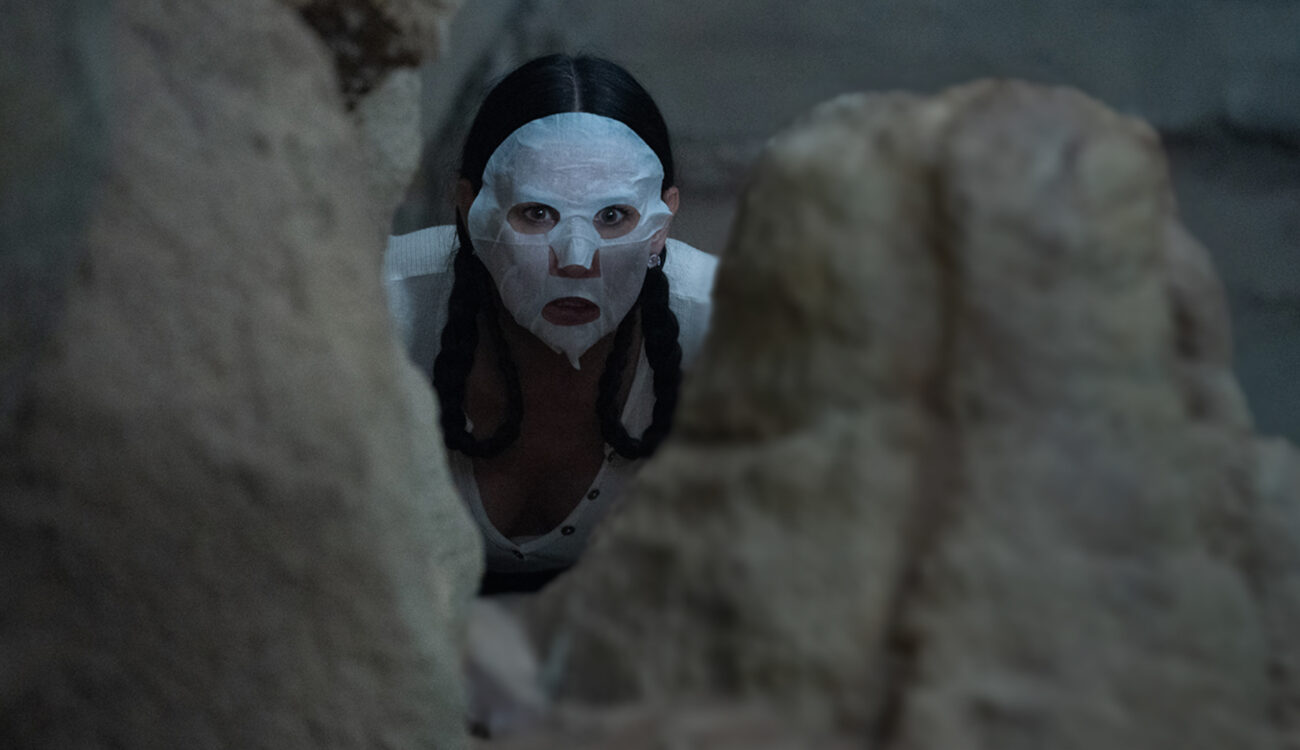 Corporate Animals is a horror/comedy in the vein of The Office, but with a healthy dose of cannibalism. The majority of the film takes place in a cave (built on a soundstage) which led to a few challenges that DP, Tarin Anderson, was happy to tackle. We asked Tarin how she struck the delicate balance of lighting both a horror and a comedic film and how she shot this truly unique Sundance 2019 premiere movie. 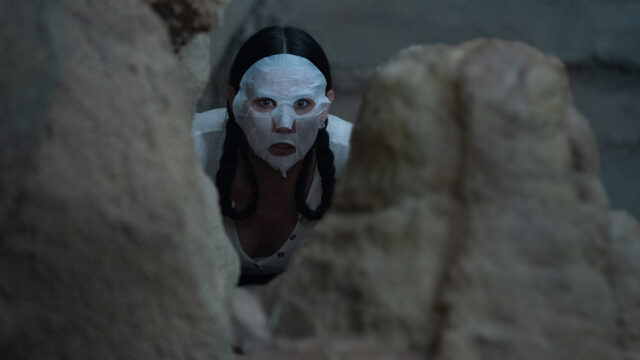 The story dictates the look. I believe in always putting the story first and trying to create a visual language that is specific to each story rather than doing something I’ve done before. I believe in working hard and hopefully having fun while we do it.

cinema5D: What camera body did you choose for this film? Why?

TA: Alexa Minis. The majority of this film is in a cave and even though it was mostly a stage build, it was still great to be able to strip the camera down and get into some small spaces and tunnels.

cinema5D: What optics did you use?

TA: Ultra Primes. The director and I picked them after testing several lens sets. We loved the natural halation it gave from the headlamps.

cinema5D: Did you and the director, Patrick Brice, watch any films together?

TA: Pretty much every cave movie ever shot! The challenging part creatively was that we were shooting a comedy in a cave so the goal was to still see the actors faces as much as possible even when the lights go out and we’re in “movie dark”. We spent a lot of time talking about the tone of this film. It’s a dark comedy and mostly in one location, so it was important to keep changing the look as the movie progresses to keep it interesting.

cinema5D: How did you plan out your shots?

TA: We mostly shotlisted and then took stills of the more complicated sequences to help clear up our plan for all departments. 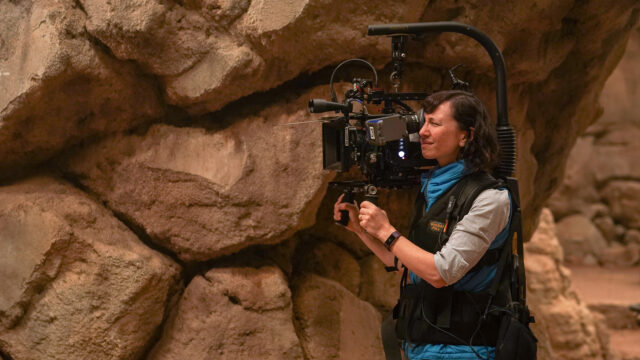 cinema5D: How important was prep going into this project?

TA: Preproduction was key. Patrick and I spent a lot of time in prep laying the foundation for the visuals so that by the time we started shooting we had an established short hand and were able to move quickly and be on the same page.

cinema5D: Did you use any new tech or tools for this shoot? You mentioned some type of filter that I’m not familiar with.

TA: Yes! We used the RGB LED filter from Keslow. It allowed us to slightly flare out the lens with colors that we could adjust wirelessly. We had a hallucination sequence and Patrick was open to experimenting so we tried it out.

cinema5D: Talk a little about your approach to the lighting? How were you balancing the comedy/horror mixed tone?

TA: Our philosophy on this film was to get to “movie dark” while retaining faces since it is a comedy, literally and figuratively, a dark comedy. We used soft boxes overhead to keep some ambience and then used floor lights to model faces. Most lights were on a dimmer board so that we could make color temperature and intensity changes during the shot.

No update yet on when you’ll be able to catch Corporate Animals if you missed it at Sundance, but stay tuned to this page for further updates. You can learn more about Tarin Anderson and her work on her website HERE.