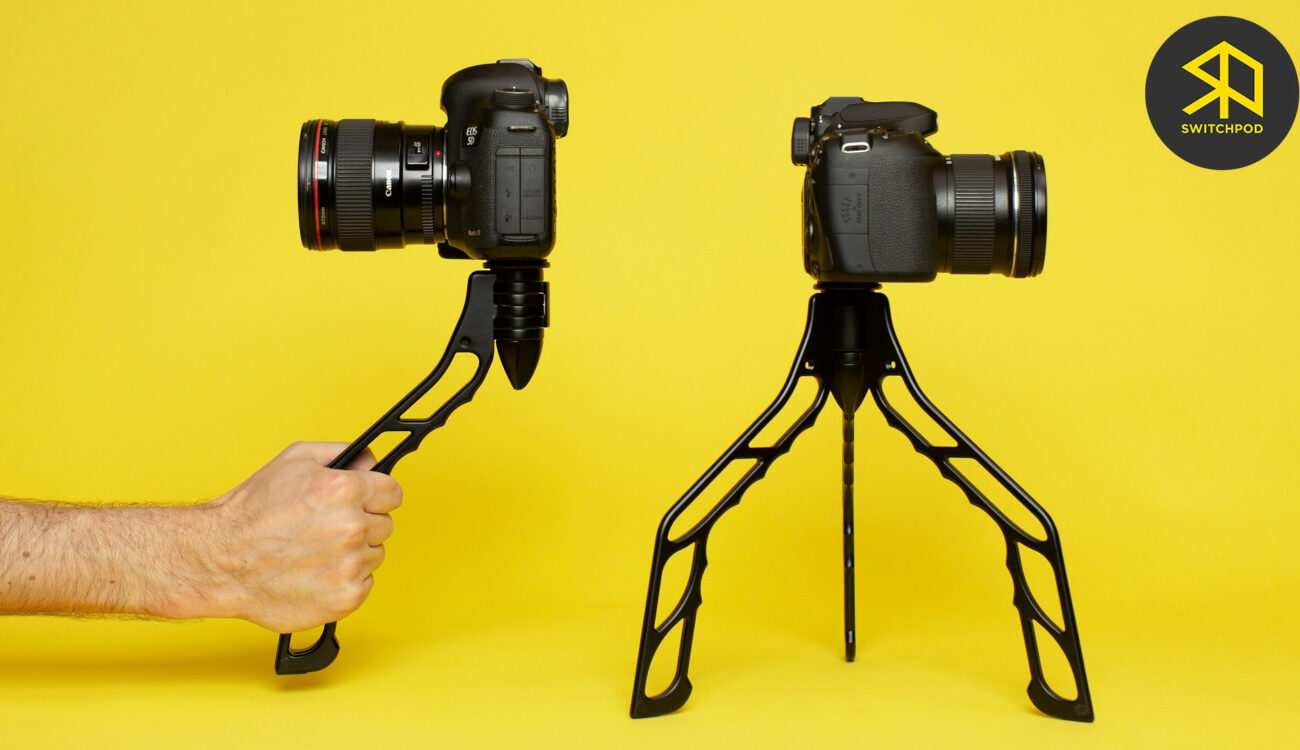 SwitchPod is a new aluminum tripod designed primarily for quick switching between vlogging handheld mode and standard tripod mode. It features a lightweight and compact design for traveling with a small kit while at the same time being very sturdy. Its Kickstarter campaign has been very successful so far and there is still time left until the end of March, to pledge and get one.

Pat Flynn and Caleb Wojcik are two filmmakers based in San Diego, USA. They designed the SwitchPod within 14 months, after having the idea for such a product in late 2017. In the end of January 2019, they have finally launched the Kickstarter campaign for the SwitchPod with a goal of US$ 100,000. Their goal was reached within 12 hours. This again shows how popular vlogging is, nowadays. They also did a smart move in terms of marketing by giving their product to popular YouTube vloggers. A couple of them made a video about it and that definitely helped to get a lot of attention. 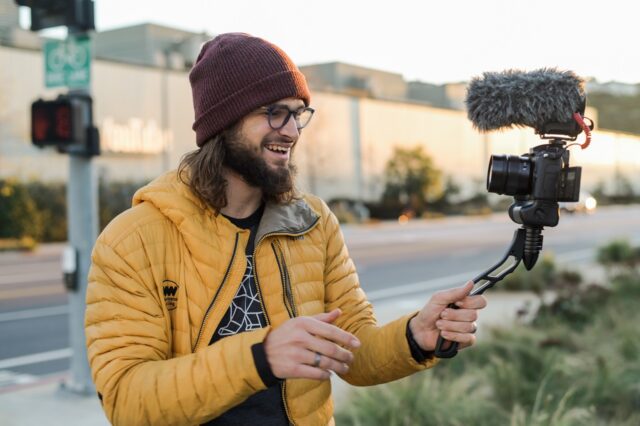 Currently lots of vloggers use a GorillaPod, as it can also be (kind of) modified to stand as a tripod and function as a vlogging handle, too.The SwitchPod should function a lot better for both needs, as popular vloggers have stated. It is sturdier, more compact, and more comfortable to hold. The aluminum legs are designed to be held, as they have an ergonomic grip-like shape. There is also a small piece of rubber on each leg to prevent them from sliding, when used in tripod mode. On the top, there is a standard 1/4-20″ tripod screw and a tightening knob, which can be used to directly attach a camera, a flat base tripod head or just a quick release plate. 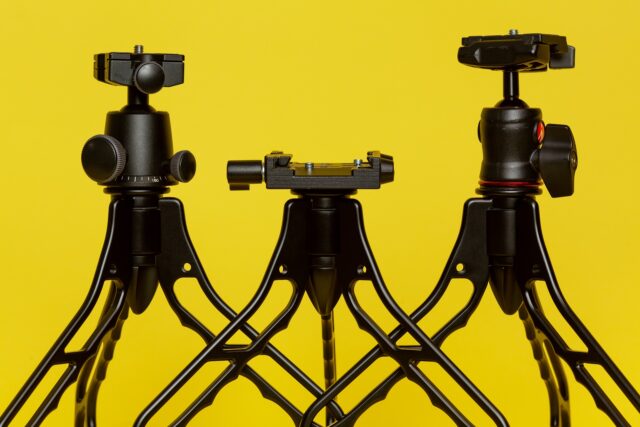 There are magnets on the legs to help keep them collapsed while in vlogging mode, which are gentle enough, so that switching to tripod mode can be done with a flick of the wrist.

The design is very compact: when the tripod is collapsed in vlogging mode, it is only 0.75″ (19mm) thick and can therefore be slid into basically any backpack pocket. Thanks to the cutouts in the legs, it can also be clipped onto a carabiner, for instance. The overall weight of the SwitchPod is only 11.1 oz (315 g), which is an important factor for a device meant to be held in a (possibly stretched) hand for some time. The SwitchPod is designed to be very sturdy. The creators demonstrated that the tripod can even hold a (centered) payload of 100 pounds. An attached tripod head would of course limit that, but it is nice to see the legs being a solid base. On the legs of the tripod, there are two additional ¼-20″ threads so that you can add accessories, like a mic, a monitor, or an LED light. 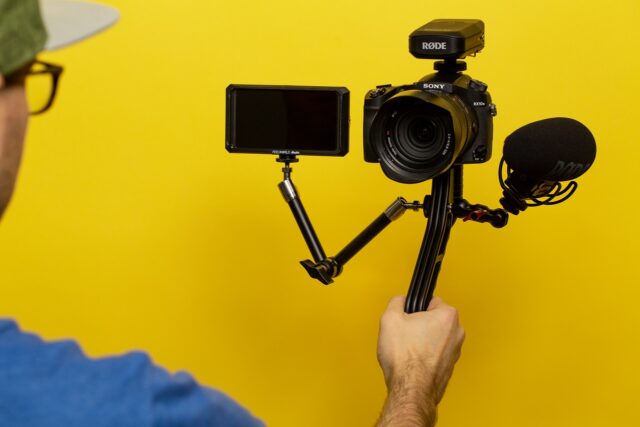 Additional accessories can be mounted on the legs. Source: SwitchPod 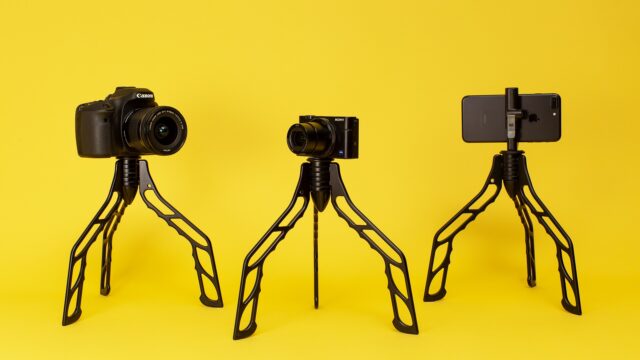 When it comes to pricing – the early bird price of US$ 69 is gone already, so it is now possible to pledge US$ 79 to qualify for one SwitchPod or US$ 149 to qualify for two SwitchPods. A link to the campaign is here. The estimated delivery is August or September 2019. The creators claim to have a finalized design and fixed supply chain, so the product should arrive on time. Nevertheless, this is still crowdfunding and there are certain risks. Keep that in mind, when sending the money.

What do you think about the SwitchPod? If you vlog, what do you use to hold the camera? Let us know in the comments underneath the article.